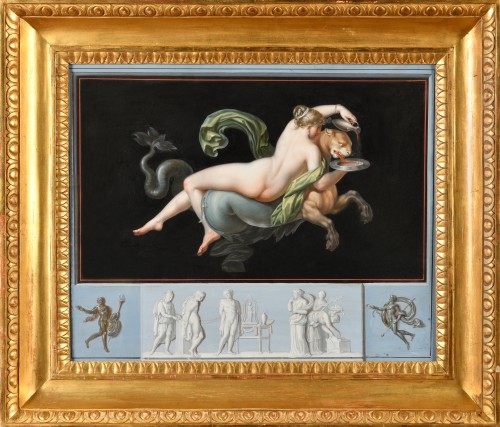 Initiated in 1738 by Charles de Bourbon, the excavations of Herculaneum, Pompeii and other nearby sites yielded so many ancient objects that a museum was set up in 1750 in Portici, a commune adjacent to Naples, in an annex of the royal palace. The collections belonged to Charles of Bourbon but were organized thematically and travelers had to go through long procedures to gain access to the museum, which became known as the richest antique cabinet in Italy thanks to the reproductions made by the artists admitted to the palace as well as the engravings of the works that circulated among the European aristocrats.
The original fresco from which the gouache is taken is now kept in the Archaeological Museum of Napoli and was discovered in the Villa Arianna in Pompeii.
In 1755, Charles of Bourbon appointed fifteen scholars to a new Accademia Ercolanese to study the artifacts and publish the findings. The committee hired twenty-five leading artists to prepare drawings and engravings of the finds, including Giovanni Elia Morghen, Carlo Nolli and Giovanni Battista Casanova. The academy published volumes of the work from 1757 to 1792, which ensured its circulation throughout Europe and expanded the neoclassical movement by providing artists with numerous antique motifs.
Michelangelo Maestri was aware of these engravings, which he used to create sumptuous paintings on a black background with friezes taken from the same collection. Here, the frieze represents a scene from Aeschylus' Oreste. Orestes, pursued by the Furies, is ordered by Apollo to go to Tauris and bring back to Athens a statue of Athena in the hope of appeasing the vengeful goddesses. Once arrived in Tauride with his friend Pylade, the two men are captured and led to be sacrificed to the goddess. Orestes' sister, Iphigenia, is none other than the priestess in charge of the sacrifice, she recognizes them and allows them to escape. This is the scene of the recognition of Iphigenia, represented on the right, who freezes when she sees her brother. 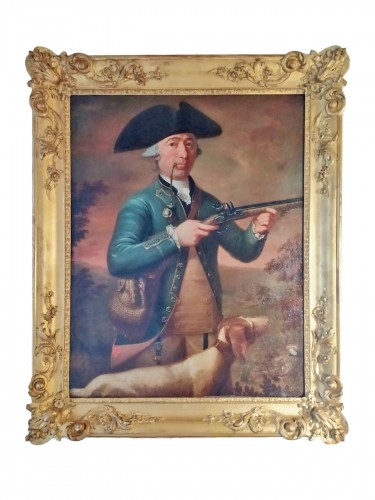 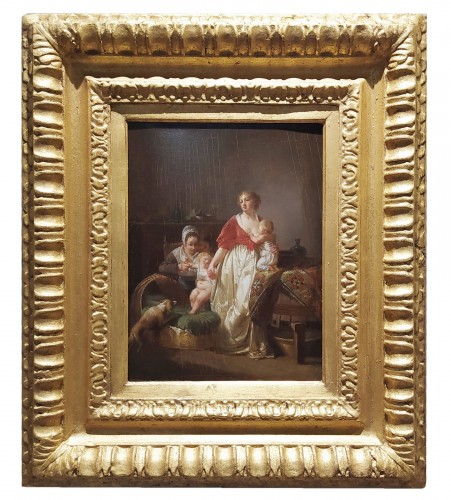 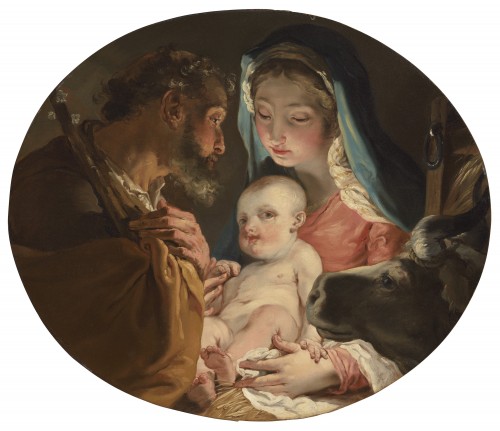 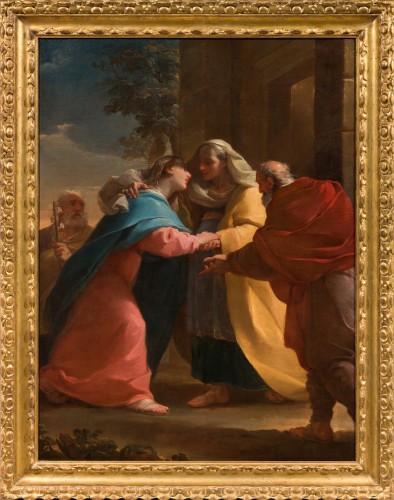