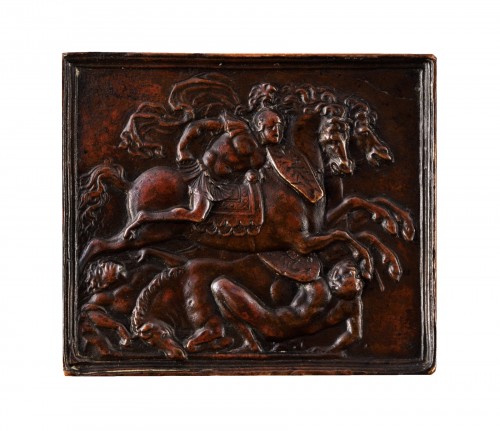 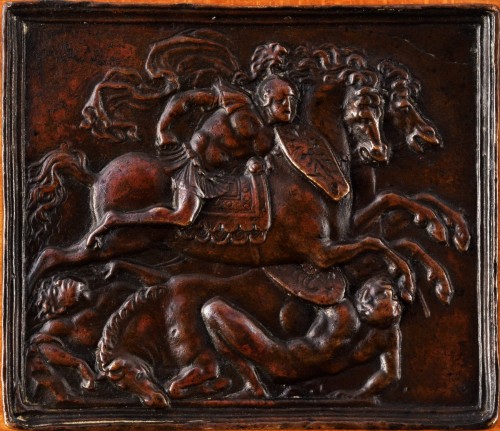 Little is known about Verona-born artist Galeazzo Mondella, known as "Moderno," who was among the most renowned Italian silversmiths and medalists producers of Renaissance bronze plaquettes. He was born in Verona but worked in Rome where he became successful thanks to his great vitrosity in metalwork on his ancient inspired and powerfull compositions.

Inspired by the dense composition of the 2nd and 3rd centuries Roman generals’ sarcophagi, the scene of the furious melee was very popular by the end of the 15th century. Several versions of this scene are known by Moderno. Notably on medals reputed to have been used as ornaments on the pommel of swords like the ceremonial sword given in 1503 by Pope Alexander VI Borgia to Gonzalve of Cordoba.

The interest of the composition lies in the dynamism of the scene rendered by its richness. The central rider glides towards the rump of his mount while leaning forward as the latter springs forward in a movement that fills the frame horizontally. Depth is given by the collapsed horse whose head protrudes slightly from the frame and the rider slumping in the foreground in a dramatic position, his head inverted, his back muscles protruding. The second rider on the left accentuates the theatricality of the scene by appearing to be engulfed by the melee.

Our plate shows an exceptional fineness of casting that is rarely seen on other known examples. Indeed, the differences in depth in the relief are brilliantly rendered, by reducing the cut of the relief in successive planes, which allows to read each detail clearly despite the small size of the plate. The detail of the locks in the horses' manes, the angle of the cloths that fly in the background while they are represented in very light relief, the patterns on the carpet of the central rider, the fallout of his garment on his thigh, the detail of the shields and even the expressions of the faces are perfectly legible on our copy.


Places of exhibition of a similar model:

Pope-Hennessy, J., (1980). The Study and criticism of Italian sculpture, New York: The Metropolitan Museum of Art and Princeton University Press. 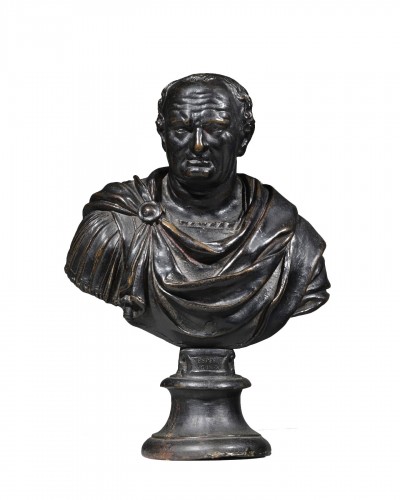 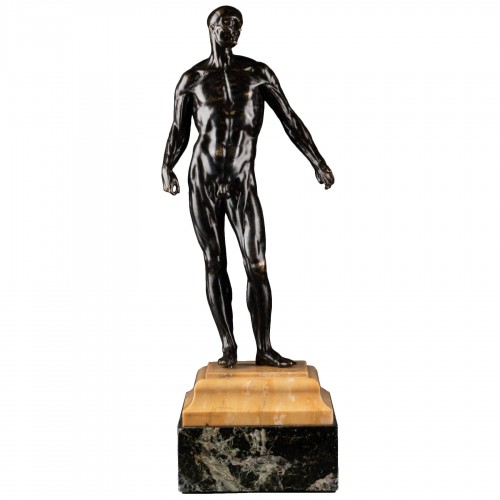 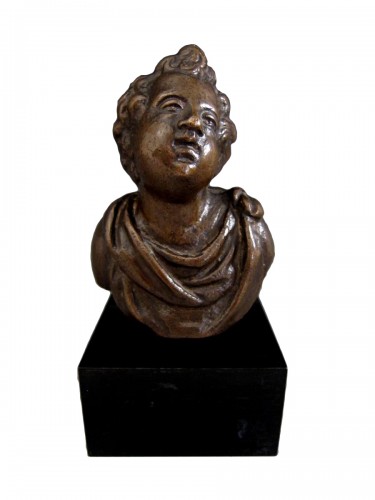