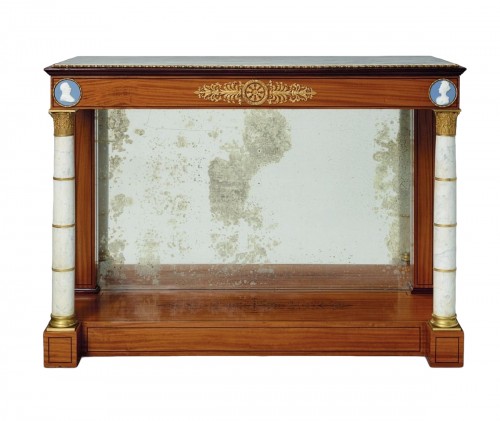 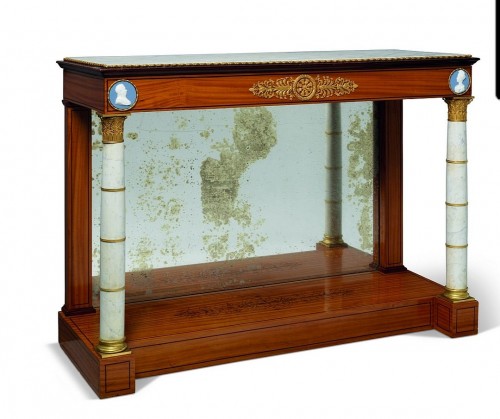 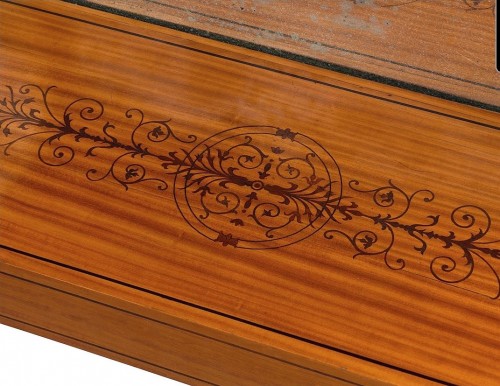 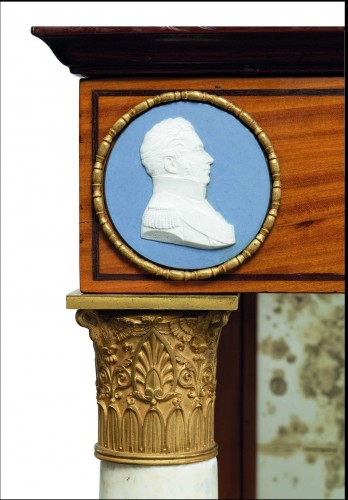 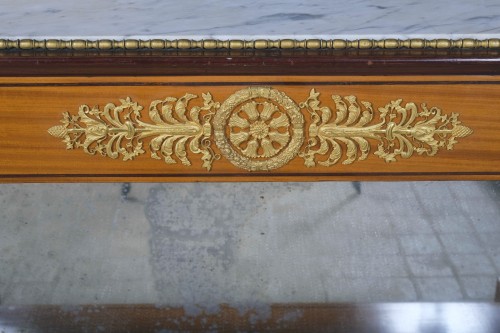 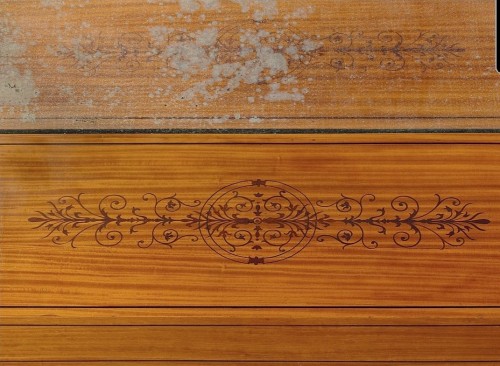 The rectangular top in gray veined white marble framed by a coil frame. The frieze centered by a rosette clasp emitting an anthem of grip and flanked by two Sèvres porcelain portrait medallions of Charles Ferdinand, Duke of Berry, and his wife Marie-Caroline de Bourbon-Sicilie, Duchess of Berry of love. The medallions signed "Barachard F. / 1816" above the sculpted marble facade columns with Ormulu capitals in molded leaf of swans. The back with its original mirror. The rectangular base inlaid with a central rosette in amaranth wood. Charles X period, attributed to Jean Jacques Werner ((1791-1849), Paris around 1820 Possibly supplied to Marie-Caroline de Bourbon-Sicilie, Duchess of Berry (1798-1870) This rare console with marble uprights is linked by the French cabinetmaker of Swiss origin of the Restoration period, Jean Jacques Werner (1791-1849) .Werner was particularly known for his specialization in native French stamps such as oak, maple and elm, satin and burr woods, enriched with finely chiseled gilt bronze.
He delivered pieces for the french royal family from 1820 when he became "Fournisseur du Garde-Meuble de la Couronne". The present console with unusual ormulu-mounted marble columns is enriched with two biscuit medaillons in Sèvres porcelain depiciting the duc and the duchesse de Berry indicating it might have been part of a Royal comission.

Maria Caroline, Duchesse de Berry (1798-1870) was the daughter of Francesco I of the Two Sicilies. In 1816, she married Charles Ferdinand, Duc de Berry, (1778-1836). Following the assassination of her husband in 1820, her son, Henri, comte de Chambord, (1820-1883) continued the direct Bourbon line of Louis XIV and was the Legitimist Pretender of the throne of Frande. A remarkable woman, admired for her courage and her beauty, the duchesse de Berry was highly acclaimed for her incredible patronage, in decorative arts in particular:
the style now referred to as "Charles X" after her father-in-law, is also occasionally described as the "style de Berry". She regularly attended the "Expositions des produits de l'industrie", later known as Expositions Universelles, during the Restauration period, and acquired many pieces of furniture, works of art, jewellery, pictures and books for her various residences. The distinctive amranth inlay visible to the base of the present console relates to the decoration of a set of seat-furniture d´elivered to the Duchesse in 1828 for her Indian Room at the Château de Saint-Cloud. 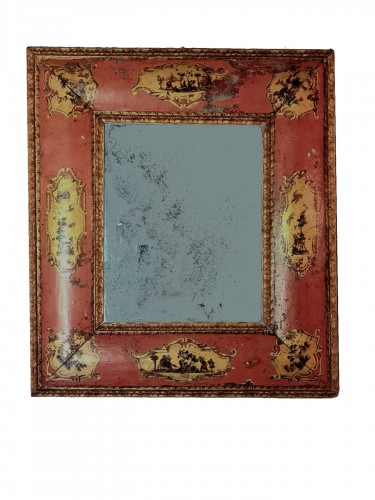 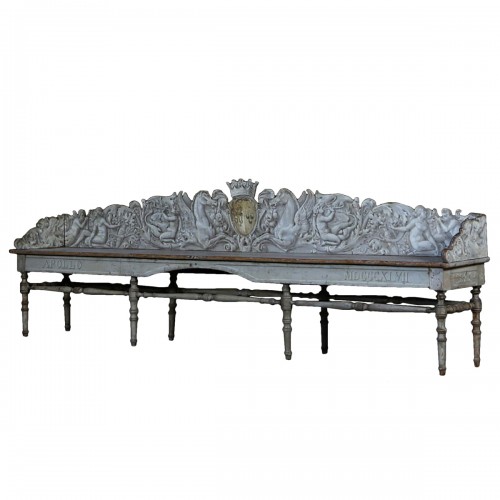 Pair of benches from Villa Suvera in Siena, Toskana dated 1847 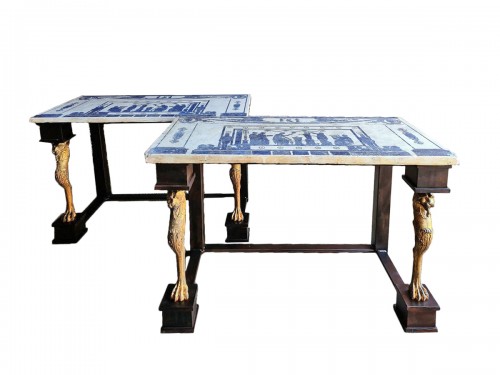 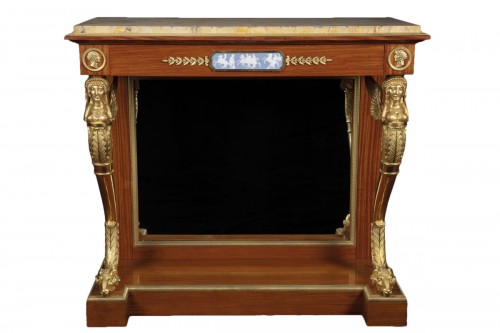 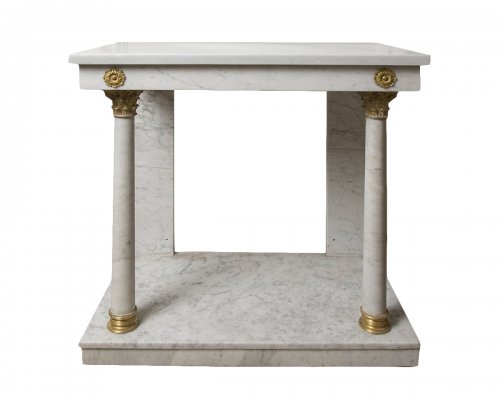 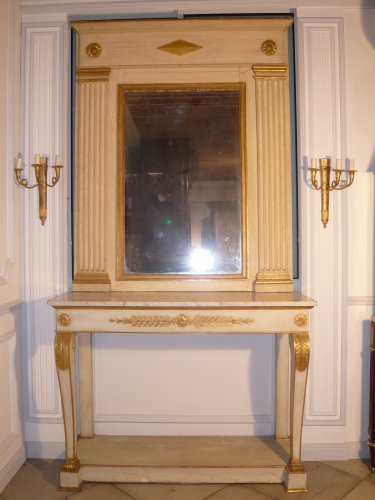