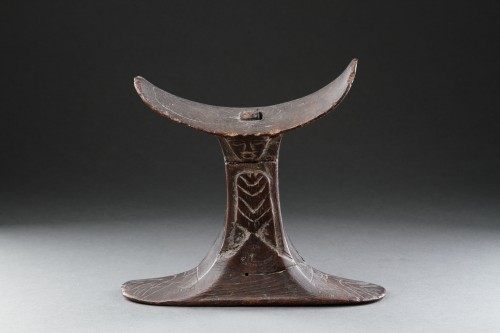 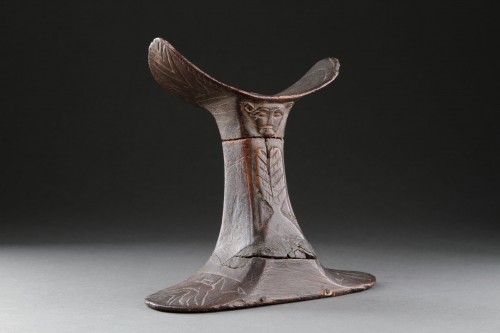 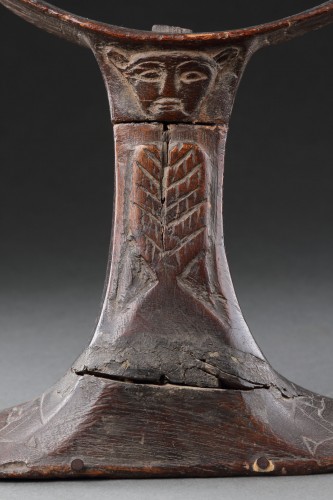 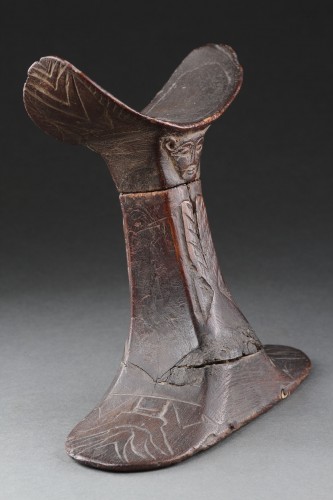 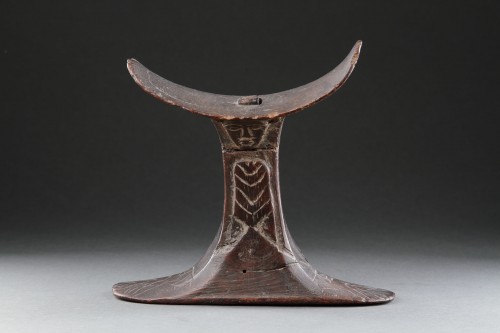 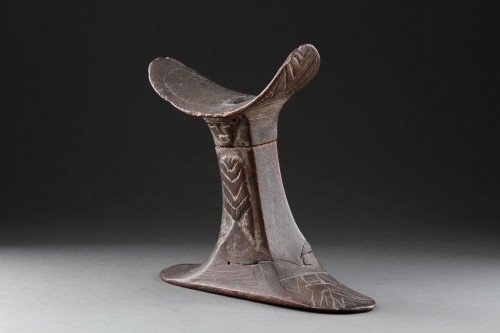 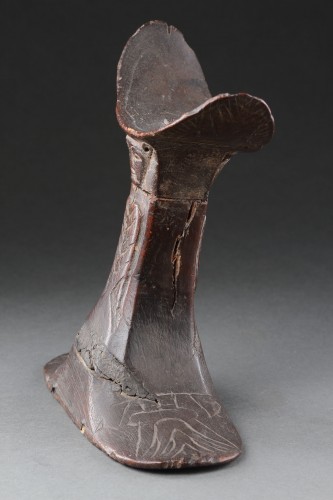 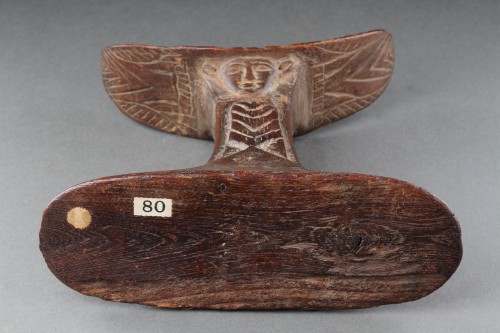 A Rare and Finely Carved Egyptian Wooden Headrest with a Carved Head to both Sides Representing the God ‘Bes’ (Protector of the Homestead) above Carved ‘Lilies’ Decorated to the Stem
Fine old aged glossy patina
An old paper label to the underside ‘80’
Two Victorian nails to the base once supporting a rectangular ‘museum’ display or description card
Egypt
Ramesside Period / 13th - 12th Century B.C

When they slept the ancient Egyptians rested their heads on low wooden or stone supports. The fundamental form of a flat base, straight shaft and a neckpiece carved to accommodate the head appeared as early as the First Dynasty (3100 - 2890 B.C) and continued through the Ptolemaic period. Elaborate hairstyles necessitated the use of the headrests in order to protect time consuming and expensive hairdressing. The hard pillow or platform kept the wigs and braiding from being damaged during sleep. They were also remarkably comfortable as long as one did not roll over. Similar wooden headrests are still used today in West Africa.
As a support for the most vulnerable part of the body when it was most at risk from the powers of darkness, the headrest was a potent symbol of protection and was often placed in sarcophagi next to the mummy’s head or supporting it. As important burial gifts, headrests served to assist the deceased in his or her quest for immortal life.
Elegantly proportioned ancient Egyptian wood furniture was made for the use of the elite; by modern standards the houses of the poor had very little furniture. Headrests have been found in the tombs of Kings, Queens and their officials together with low stools, chairs, bed frames, jar stands and boxes. 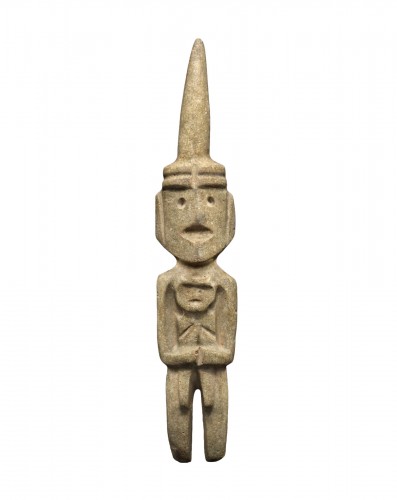