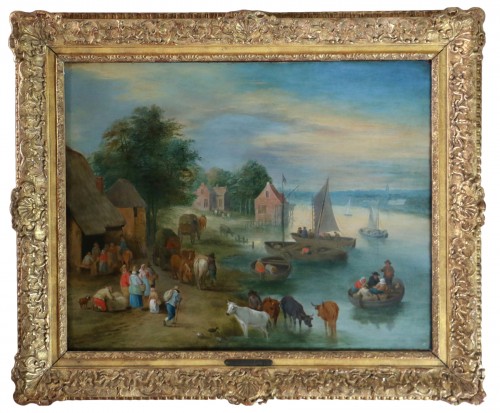 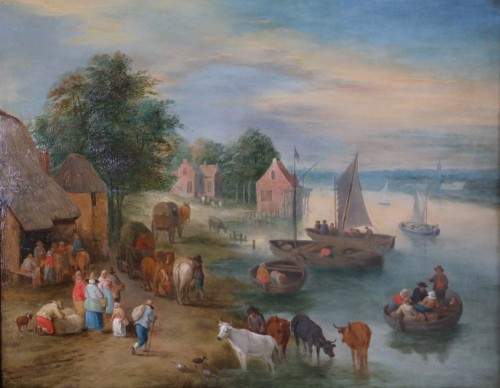 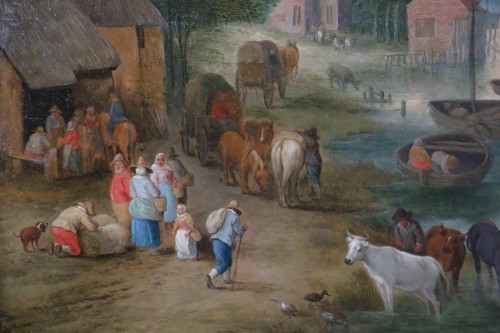 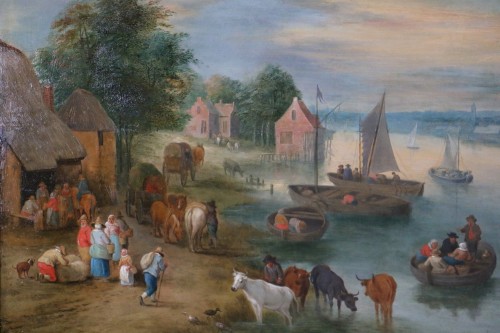 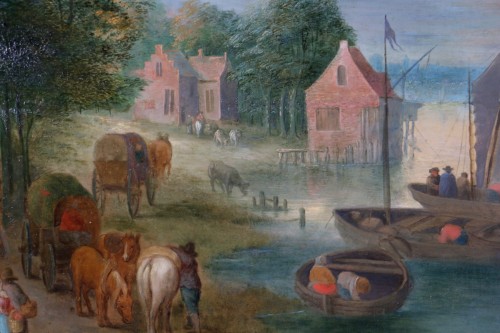 Our painting is a subject that the painter has taken up on several occasions with varying degrees of variation and above all with different panel dimensions. 40.7 cm by 29 for the one that can be admired at the Prado in Madrid, 51.5 cm by 39 for the one offered for sale in Warsaw, 57 cm by 40.7 for the one sold by Sotheby's in 2012.
The one we offer is the largest known to date.

Theobald Michau (1676; 1765)
Theobald Michau (Tournai 1676; Antwerp 1765)
Trained in the studio of landscape painter Lucas Achtschellinck in Brussels, he obtained great recognition very early on. Several paintings were commissioned from him by the French court. He became Master of the Guild of Brussels in 1698 and entered that of Antwerp in 1710.
The artist is influenced by the humanistic landscapes of Jan Brueghel of velvet of which he was the pupil. He animates them with many characters from peasant life, all bathed in a soft bluish atmosphere.