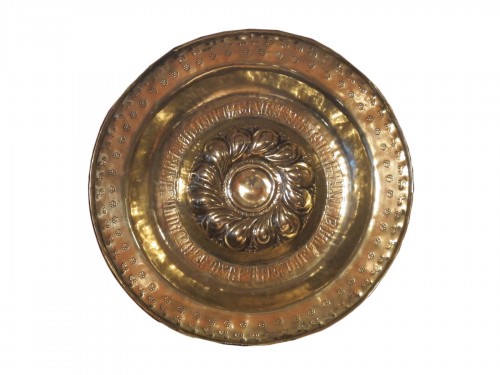 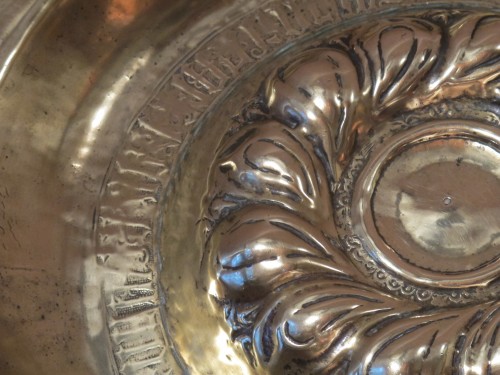 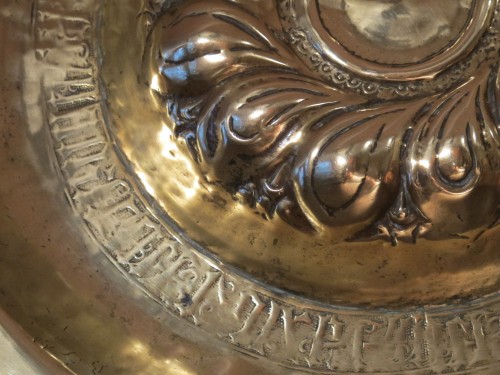 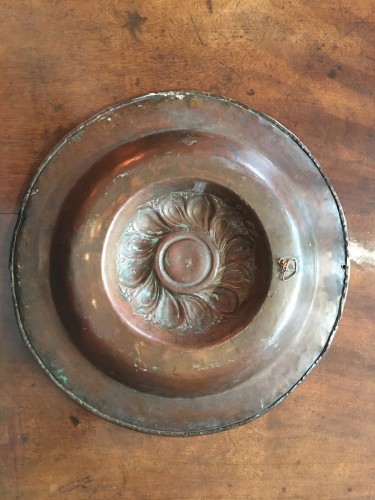 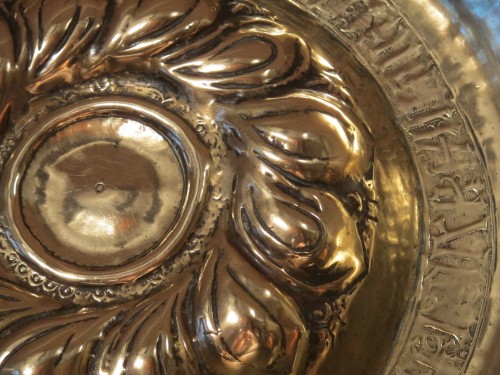 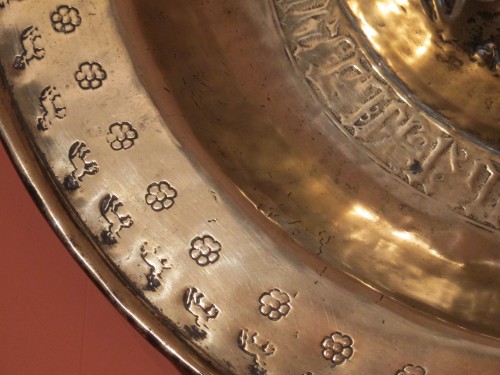 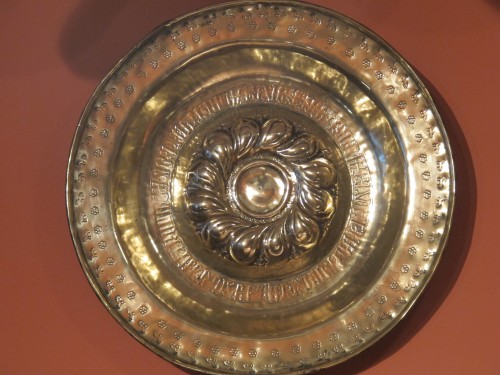 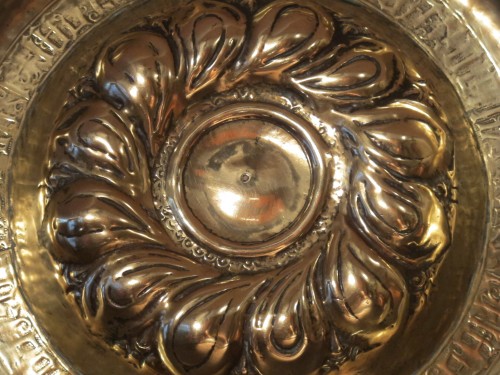 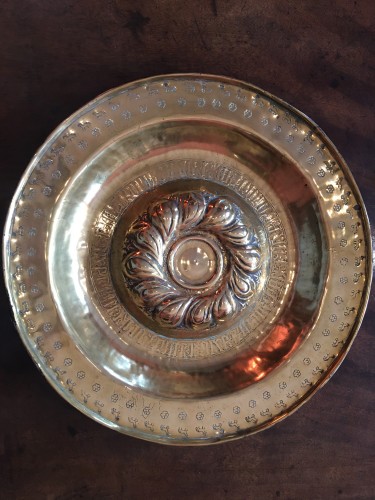 It presents a central dome, called ‘umbilic’ and offers a embossed decor, typical of these workshops. Elaborated according to a traditional pattern, its umbilicus is enriched with gadroons, its basin adorned by beautiful German Gothic letters and its wings bear an engraved decoration. Finally, for solidity reasons, the dish’s rim is folded over a iron wire, as it was customary to manufacture them this way in Germany. 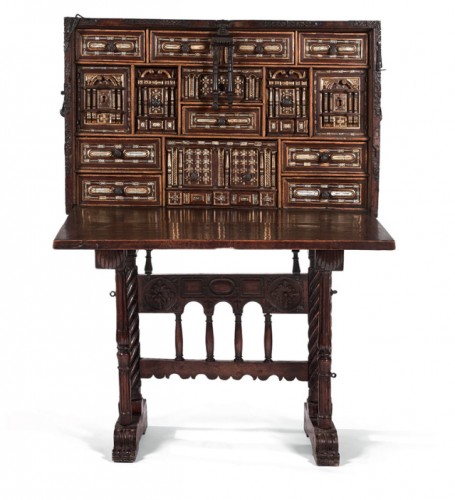 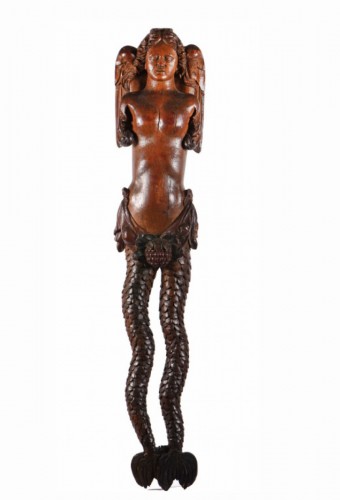 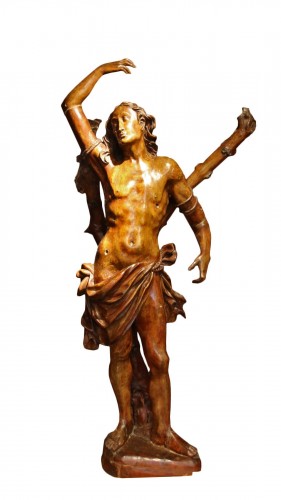 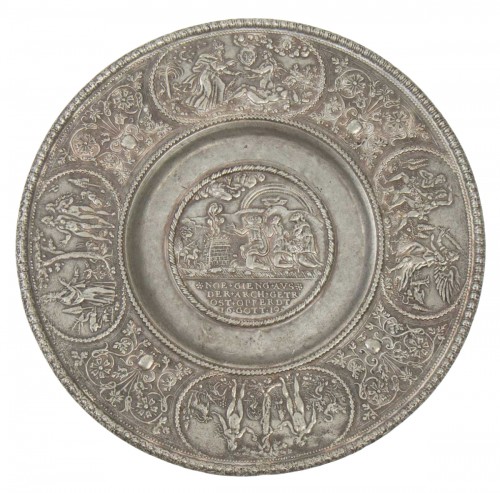 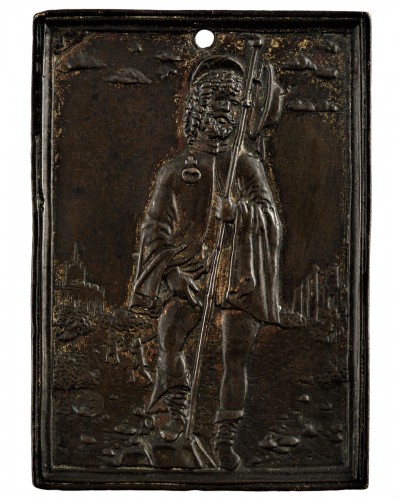 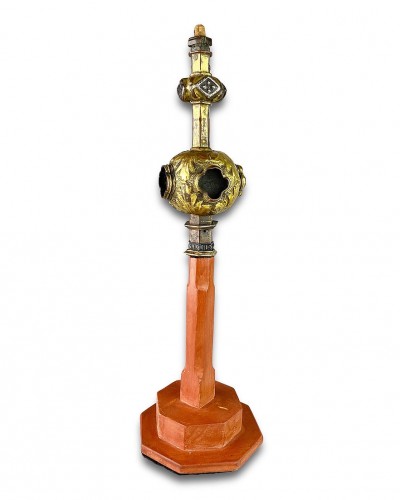 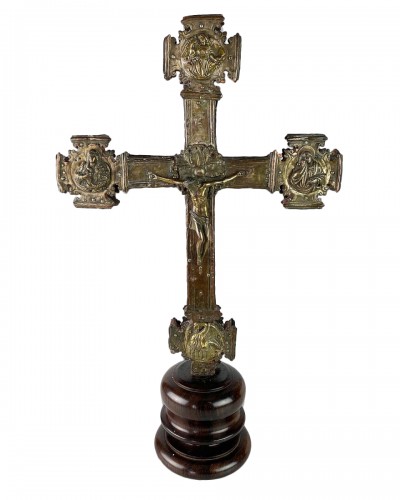 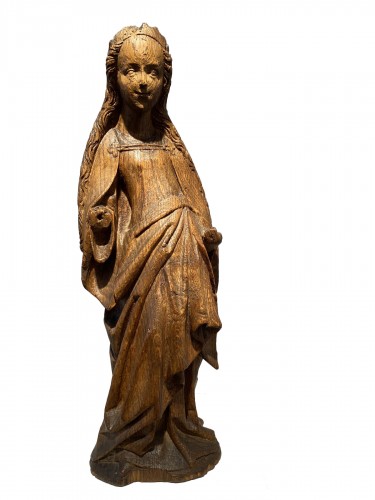