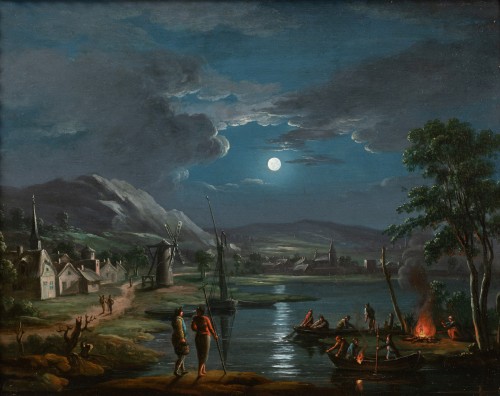 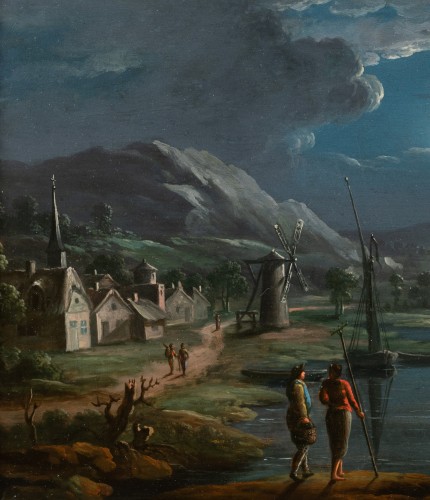 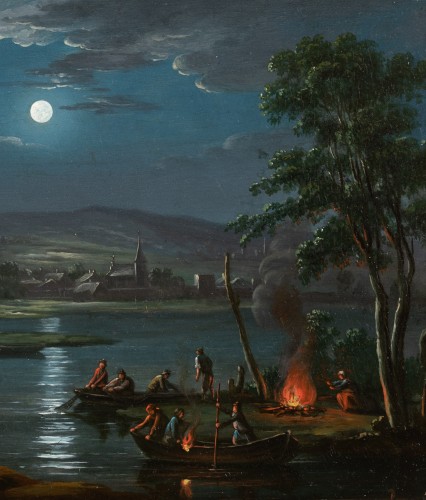 Oil on wood panel. French school around 1800.
Simon Mathurin Lantara had the secret and our painter, in his wake, has nimbly captured a moonlight with dreamy accents and a silvery tone. In spite of the night, a great activity unfolds in a composition where the moon acts as a lamp post: fishermen with torches are pulling up their nets near an arm of land on which a woman is warming herself in front of a large fire. And while the village seems to be asleep, two fishermen on foot observe the scene from the shore.
Our painting has a real decorative character, it is presented in a carved and gilded wood frame of the Louis XVI period.
An old label on the back of the panel indicates an auction in 2012 inaccurately classifying it as 18th century Flemish school.

Simon Mathurin Lantara (Oncy-sur-École 1729 - Paris 1778). Despite a poorly documented biography, we know that Lantara led a dissolute life and that he excelled in landscape painting thanks to the numerous works preserved in museums and private collections. Although he was neither a member of the Royal Academy of Painting nor of the Academy of Saint Luke, he nevertheless ranks among the best French landscape artists. His style sometimes reminds us of Claude Lorrain's.
The anonymous text "Secret Memoirs", chronicle of events between 1762 and 1787, presents Lantara as an artist attentive to the observation of atmospheric phenomena:
"We often saw him with his eyes fixed on a dark storm, or on a brilliant twilight, penetrating the strange games of nature... We have from him rising and setting suns, worthy of piquing the curiosity of amateurs." 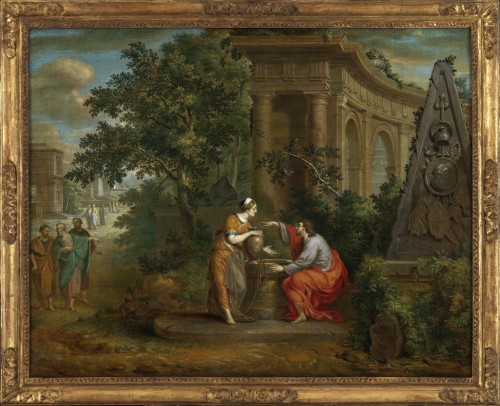 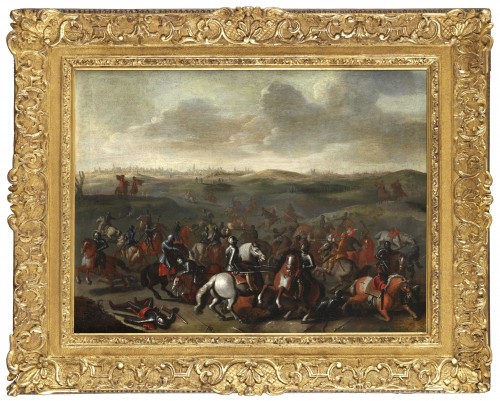 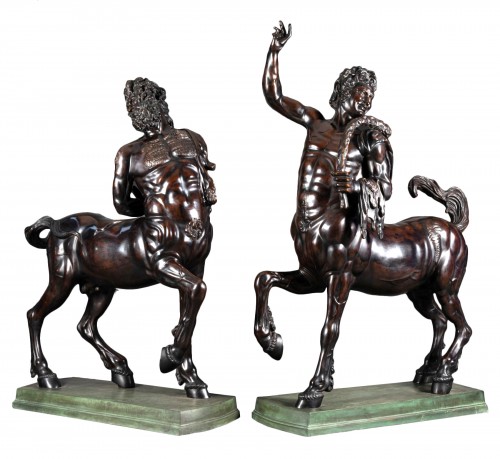 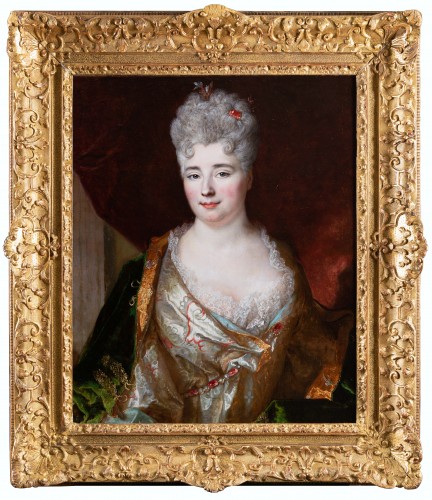 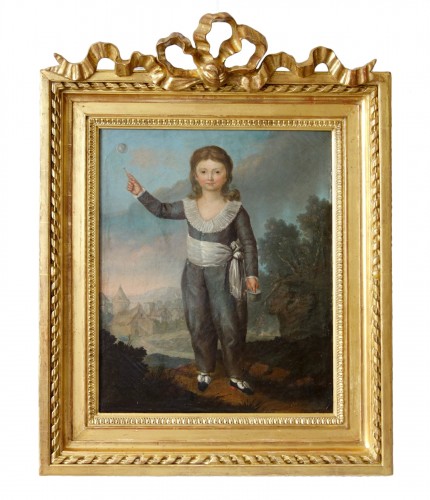 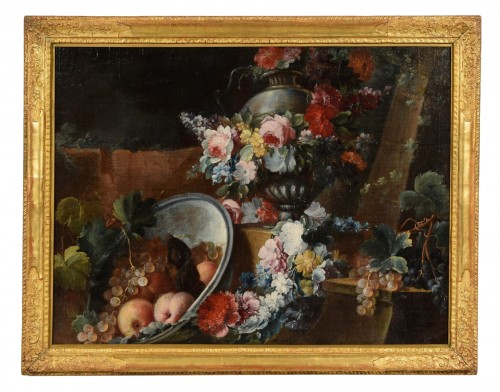