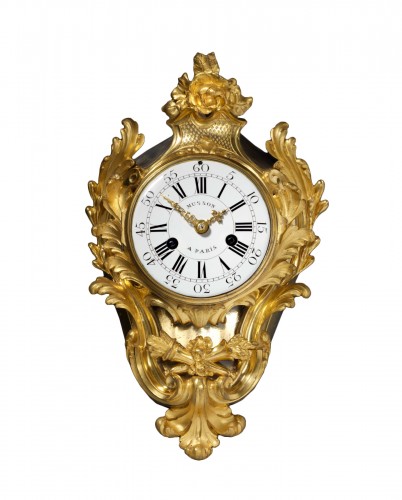 A very fine and small late Louis XV gilt bronze clock of eight day duration with movement by Pierre Musson and beautiful case attributed to Jean-Joseph de Saint-Germain, signed on the white enamel dial Musson à Paris and also signed on the movement, the dial with Arabic and Roman numerals and a fine pair of pierced gilt brass hands. The movement with silk thread suspension, anchor escapement, striking on the hour and half hour with outside countwheel. The gilt bronze case of symmetrical outline surmounted by a rose and foliate spray above a cartouche, the dial and banded bezel enclosed by acanthus sprays above a glazed pendulum aperture centred by attributes of love to include a quiver of arrows crossed by a flaming torch and centred by a floral spray above a scrolled foliate terminal

The movement for this beautiful clock was made by Parisian clock and watchmaker Pierre Musson (d. after 1778), who became a maître in March 1746 in application of the Council decree of February that year. A maker of repute Musson was employed by several prominent marchands and counted among his clients Madame Geoffrin and the marquis de Marigny. As a horloger of the highest standard he used cases supplied by the best makers including the bronziers Jean-Joseph de Saint-Germain, Michel Poisson and Edme Roy as well as the ébéniste Balthazar Lieutaud; he also worked in association with the jeweller Pierre Delavigne who included Musson’s name alongside six other maîtres on his balance sheets in 1750. From 1748-56 Musson operated from place Dauphine, by 1767 he was at Cour Neuve du Palais and from 1772-78 at Quai de l’Horloge. Today one can find examples of his clocks and watches in some of the finest international collections including the Walters Art Gallery in Baltimore, the Musée du Breuil de Saint-Germain in Langres and the Musée du Louvre in Paris who own two of his watches from the Mlle Marie-Julie Olivier bequest. At least one of Pierre Musson’s sons followed his profession, namely Pierre François Musson, known as Le Fils (d. pre 1778) who was received as a master in 1767 at which date he was established at his father’s premises at Cour Neuve du Palais; then later in 1772 he had moved to rue Saint-Louis au Palais.

As noted above Musson used cases by Jean-Joseph de Saint- Germain (1719-91), who was one of the most important Parisian fondeur-ciseleurs of his day and tended to specialise in clock cases though he also produced an array of chenets, mounts for porcelains and wall-lights. Interestingly he came from a furniture-making family; he was the son of the ébéniste, Joseph de Saint-Germain (maître 1750) and in turn married Anne Legrand (d. 1799), widow of the ébéniste, J. -P. Mathieu. Since his father specialised in the production of veneered clock and barometer cases, Jean-Joseph initially followed his father’s line before specialising in the production of bronze cases, having also worked for Claude-Joseph Desgodets (maître-ébéniste 1749) who specialised in making clock cases.

Though he practised from 1742 working ouvrier libre Saint-Germain was not received into the guild as a maître until 1748, but by that date he had already established his name as one of the finest and more innovative bronziers. His earliest work was in the prevailing Louis XV Rococo style such as series of outstanding clock cases with elephants, rhinoceroses and other exotic beasts but as his career advanced he also began to play a leading role in determining the Neo-classical style. 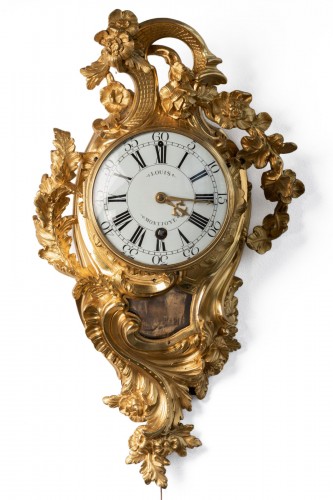 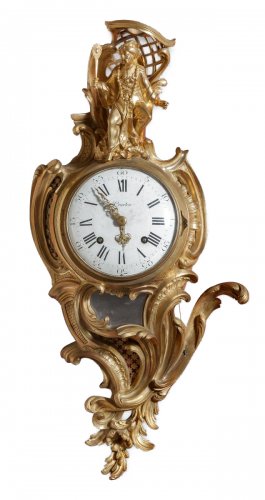