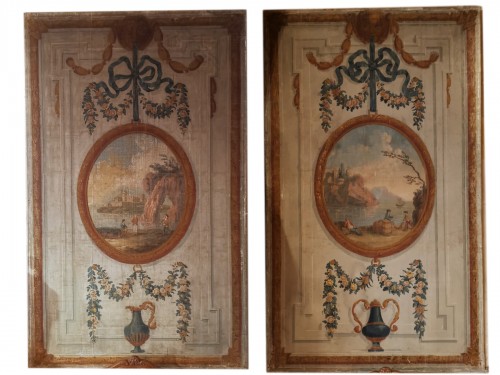 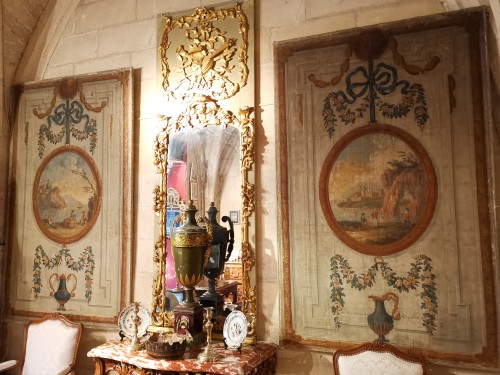 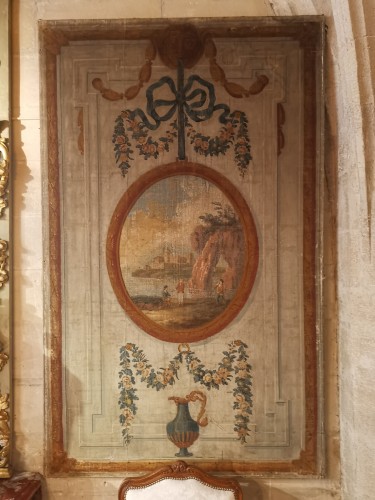 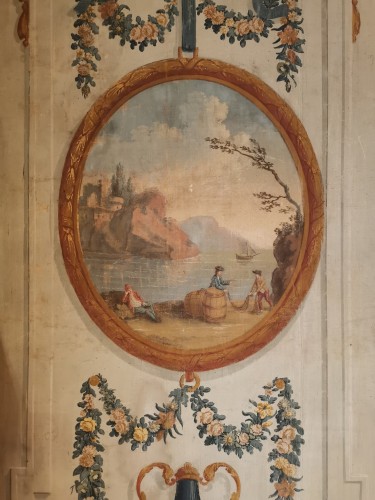 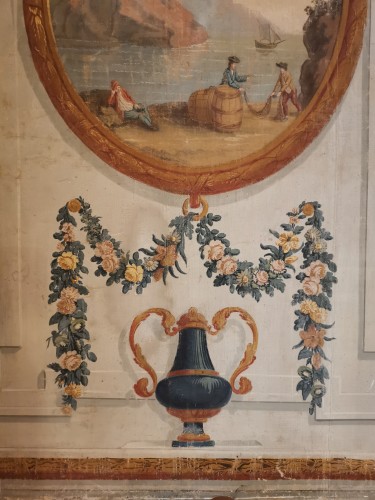 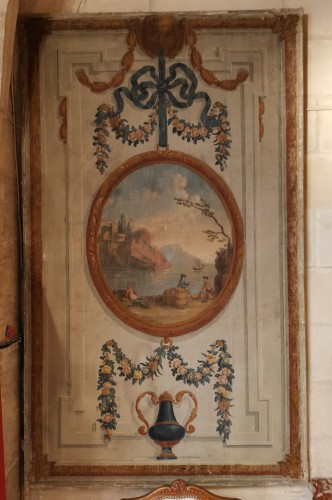 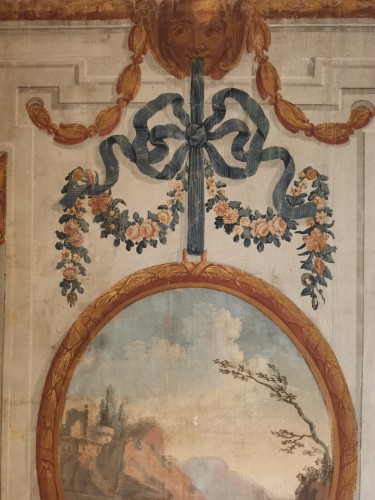 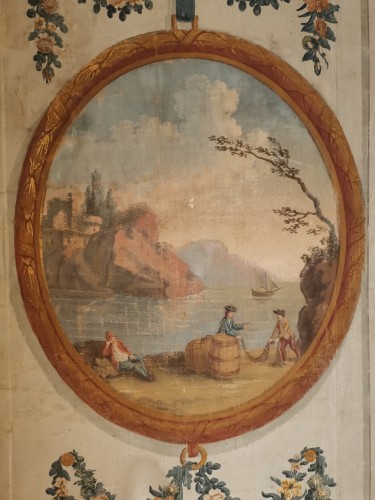 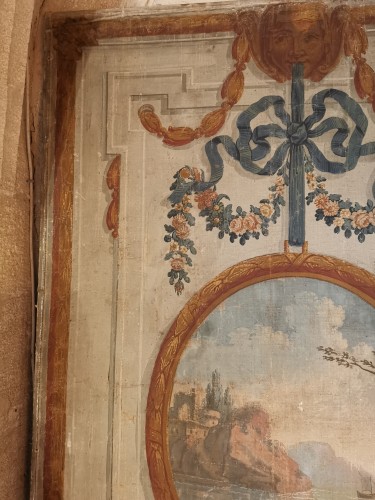 Pair of neoclassical painted canvases of woodwork late 18th - early 19th century circa 1800. Pair of panels with neoclassical decoration in the antique treated as trompe d'oeil originally forming part of the wall decoration of a woodwork forming an ensemble of the interior of a large Provençal residence. With a vertical quadrilateral rectangle shape, these two panels present opposite two almost similar symmetrical paintings. The decor is set on the first periphery of a frame simulating gilded wood; made up of a semi-circular protruding rod, covered with bay leaves tied with thin ribbons. This one is crowned in the middle part of a blooming female face and smiling elegantly wearing a pleated veil; whence escapes a laurel garland treated as an elegy. Each corner is flanked by a spandrel from which an unfolded acanthus leaf emerges at an angle towards the center. The whole is enshrined in a panel of woodwork bordered by lively flat bands symmetrically surrounded by thin, Greek-style recessed ridges following the same profile. The central painting, surrounded by a frame corresponding to the periphery, depicts on each of the panels, two Mediterranean coastal landscapes treated in the style of Jean Henry, says Henry of Arles. This one hangs from the feminine lips of a thin pink silk ribbon tied with large and graceful twining curls from which escapes a garland of multicolored flowers. The base part is made up of a new garland of multicolored flowers directly above divergent vases completing the whole. This type of wall decoration was an essential part of the correct decoration of the reception rooms of the pontifical nobility of Comtat Venaissin at the end of the Enlightenment century and the beginnings of the new. It should be noted that since its panels were initially stretched in a woodwork, they were subsequently re-lined on frames. Dimensions: The height is 2m09 for both. The width differs slightly from the left one is 125cm while the right one is 130cm. 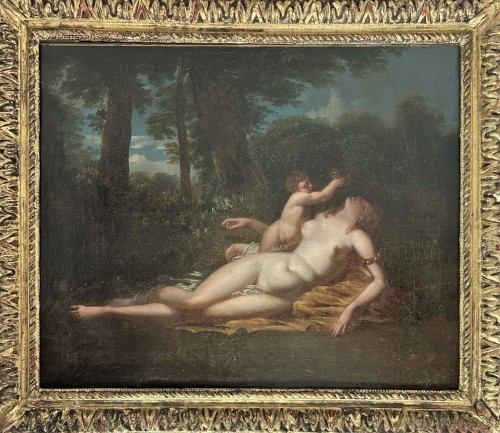 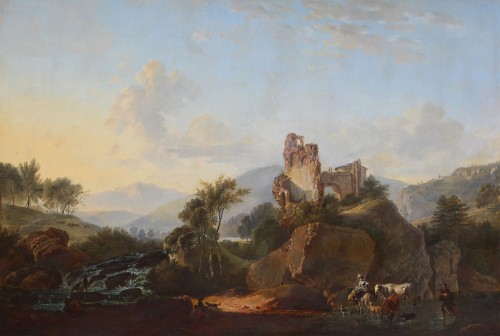