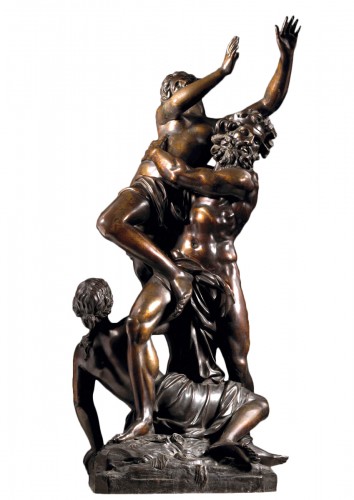 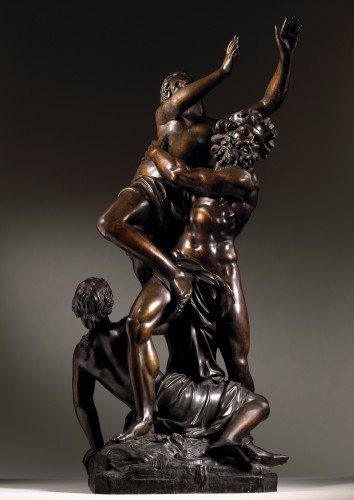 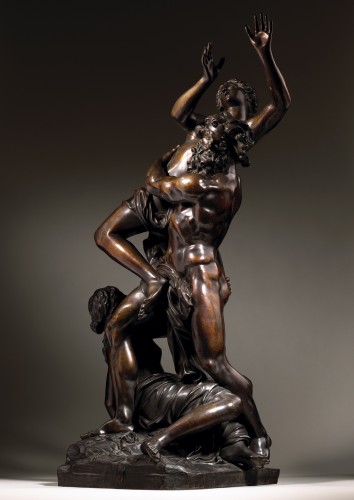 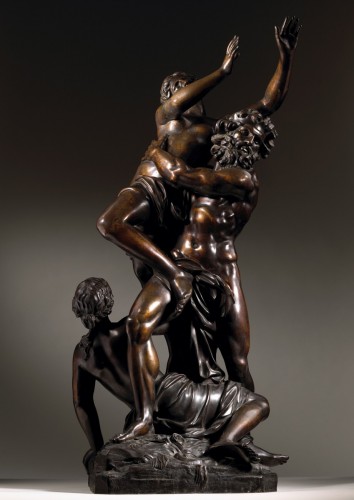 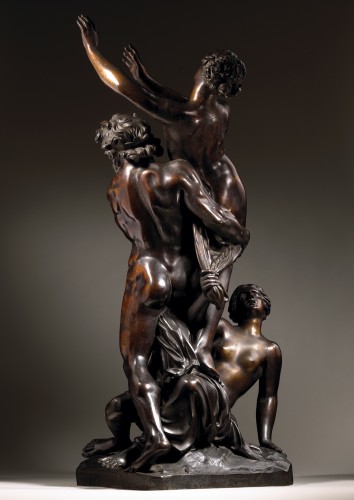 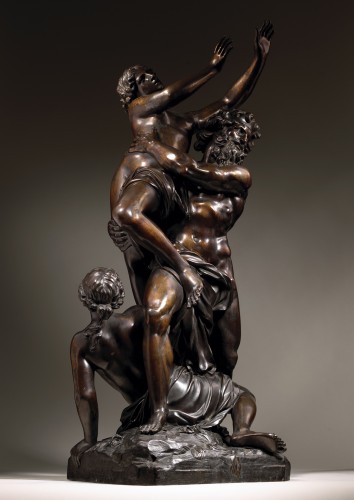 The greatest French sculptor of his day, François Girardon was crucial to the birth of the classical style of academic sculpture that took centre stage during the reign of the Sun King, Louis XIV, and would influence generations of artists to come in France and beyond. Having completed his training in both Paris and Rome, in 1657, Girardon was formally accepted into the Académie Royale, where his Morceau de réception was a marble oval medallion of the Virgin of Sorrows (now in the Musée du Louvre). His importance as France’s leading sculptor is evident in two highly prestigious commissions, one for the funerary monument to Cardinal de Richelieu in the Chapel of the Sorbonne, Paris, the other for the Place Louis le Grand (now place Vendôme), sadly destroyed during the French Revolution. Highly succesful throughout his career, under royal patronage Girardon executed important sculptural groups for both the Louvre and the Versailles residences, and rapidly rose through the ranks of the Académie, where he was made chancellor in 1695.

The bronze presented here is one of Girardon’s most spectacular and sophisticated compositions, famously also executed in marble for the planned, yet never completed Parterre d’Eau in the gardens at Versailles. Both an hommage to the most celebrated masterpieces of previous generations – Giambologna’s Rape of the Sabine Woman, in the Loggia dei Lanzi, Florence (finished in 1583) and Gian Lorenzo Bernini’s own portrayal of the abduction of Proserpina, dating to 1622 (Galleria Borghese, Rome) – and a bold statement of intent, this tour de force by Girardon depicts the moment in ancient mythology when the god Pluto abducts Proserpina and carries her off to his reign - the underworld – to become his wife, as recounted in book V of Ovid’s Metamorphoses. The marble version, completed by Girardon in 1699, had been commissioned by King Louis XIV by 1677, as part of a series of four monumental abduction groups meant to symbolize the Four Elements, with the present composition representing fire through Pluto’s connection with Hades.

Unrivalled in this bronze is the rich patina. It stands out from the other posthumous versions for the preservation of the gold and red lacquer patina. With changing light, the bronze comes to life and shows the greatness of the model, created by the master.
The vivacity of Proserpina’s outstretched arms and the overall meticulous detailing of the forms, from the muscular anatomies to the flowing robes, enable the viewer fully to understand the monumentality of Girardon’s endeavour. The composition epitomizes the expression of the artist’s already mature, confident and fully formed understanding of classical vocabulary through the lesson of the Italian Baroque, re-interpreted in his distinctively individual language. The main viewpoint focuses on the vigorous movement of Pluto, who seizes Proserpina while striding across her companion Cyane. The god’s countenance is resolute and unperturbed, his body steadfast and upright. By contrast, Proserpina’s figure forms a sinous, agitated line that mirrors her internal turmoil. This movement, together with Proserpina’s turned head, also invites the viewer’s gaze to explore the bronze further, from new angles, both towards the sides and towards the crouching Cyane. In other words, Girardon’s sculpture in conceived to unfold gradually before the eyes of the beholder, a symphony of dynamism and balance, might and grace, embodied by Pluto and Proserpina. 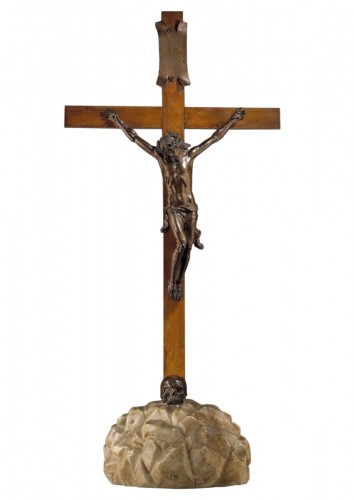 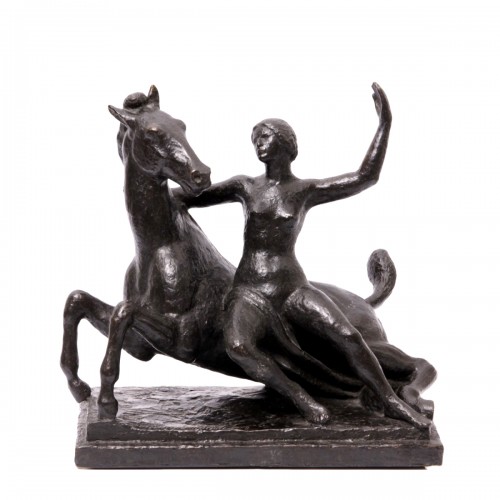 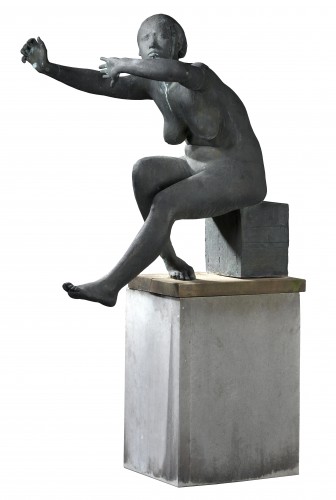 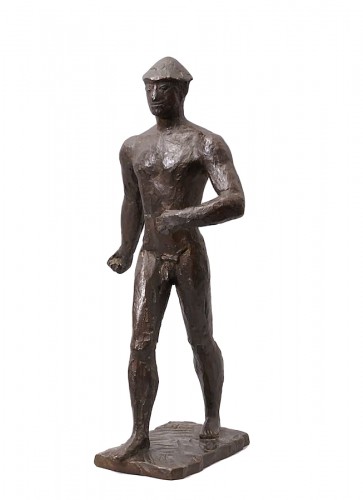 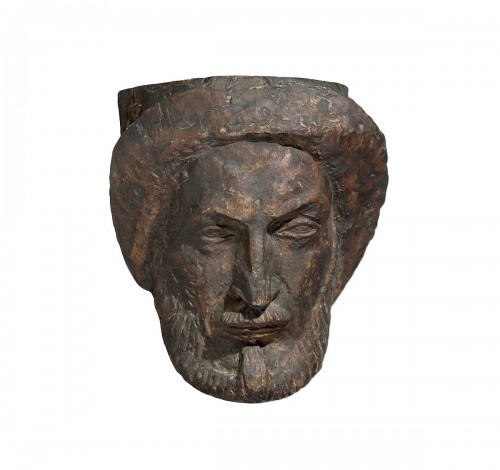