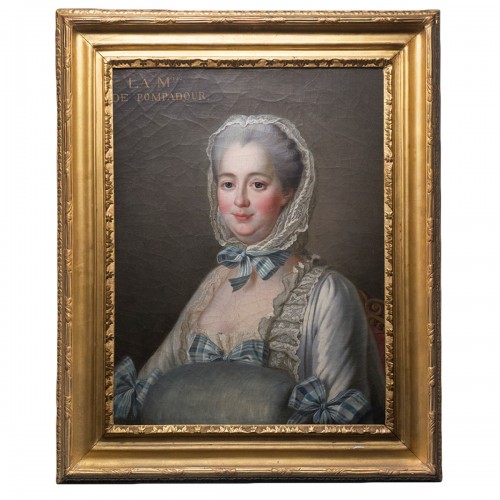 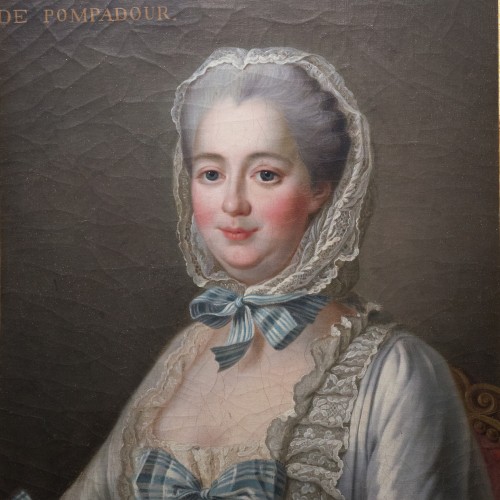 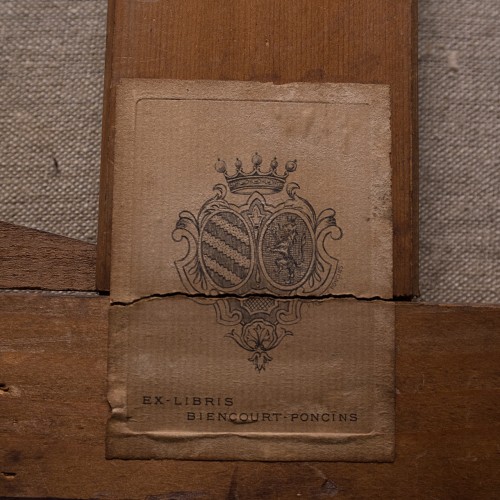 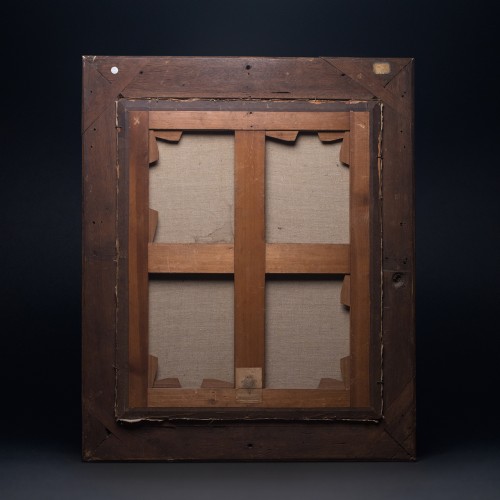 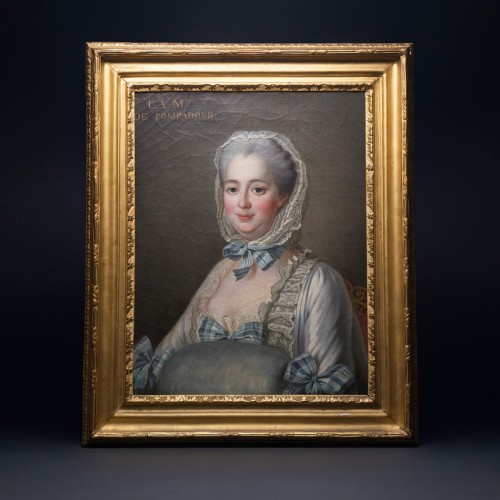 DROUAIS François-Hubert, after
Portrait of Madame de Pompadour
Oil on canvas, titled "La Mise de Pompadour", depicting Jeanne-Antoinette Poisson, Marquise de Pompadour and Duchess of Menars (1721-1764), bust after the original original kept at the National Gallery in London, " Madame de Pompadour at her embroidery craft ", started in 1763 and finished after her death in 1764.
Original canvas.
In its original rectangular frame in gilded wood.
Door on the back of the Biencourt-Poncins family bookplate.
H. 60 x L. 50 cm.

History
The Marquis Charles de Biencourt, camp marshal then deputy of the nobility, acquired the castle of Azay-le-Rideau in 1791. Son, Armand François Marie (1773-1854), bringing together an interesting series of 52 painted portraits, mainly from the 16th century, among those of works attributed to Clouet, Corneille de Lyon, Pourbus, Rubens, etc. The 4th Marquis of the name, Charles, added purchases of portraits and prints, with a marked preference for caricatures, scenes of manners and historical pieces. Her two sons were victims of the Tonkin expedition. After this double mourning, he considered his niece, the Vicomtesse de Poncins, as his daughter and his heiress. Having lost the Château d'Azay in 1898, the Vicotesse who recovered the collection donated in 1939 33 painted portraits to the Condé Museum in Chantilly. Having no children and having reached the age of 84 in 1943, she decided to offer the collection of prints to the National Library. 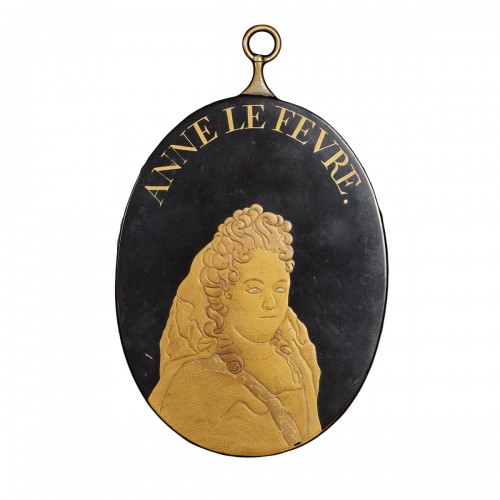 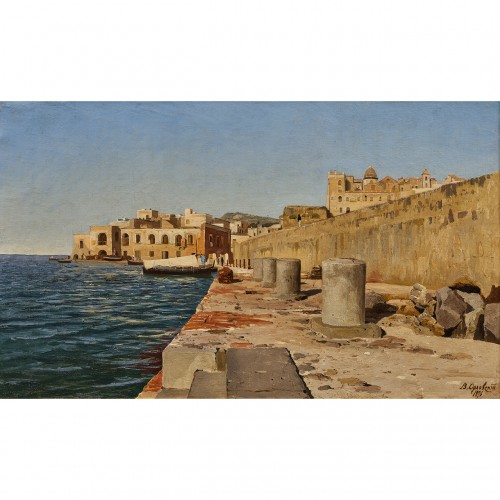 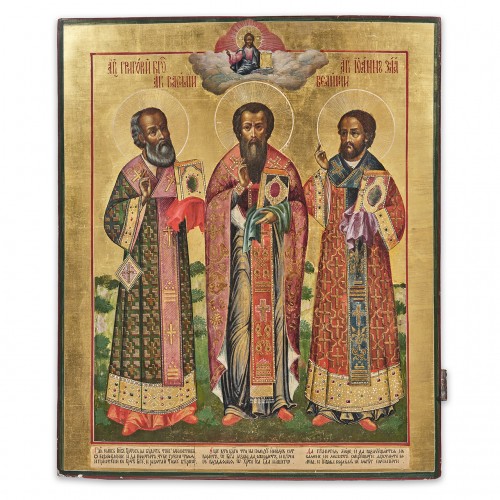 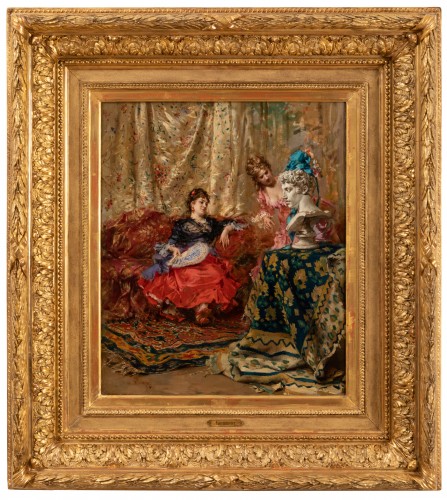 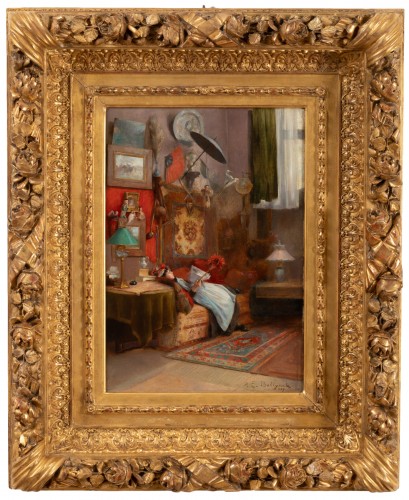