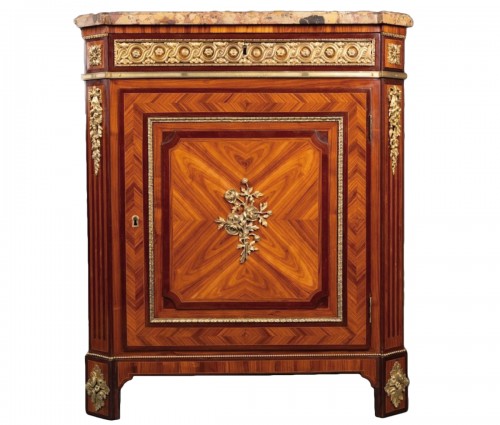 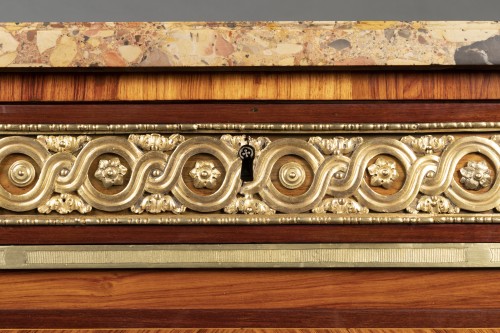 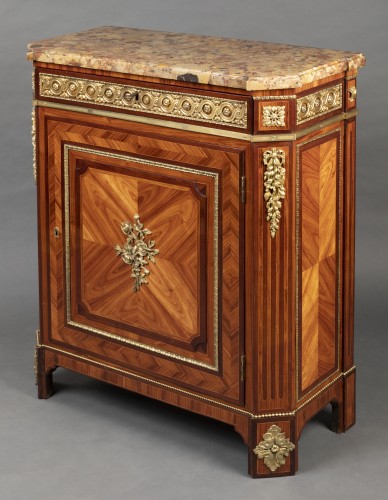 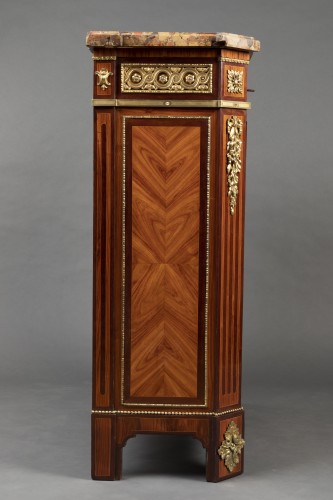 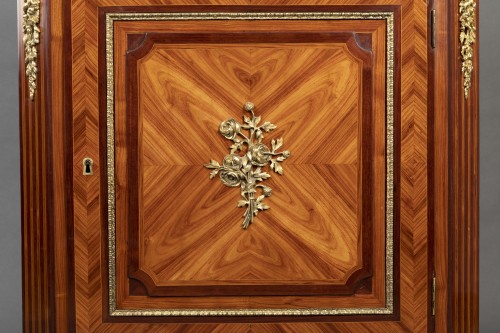 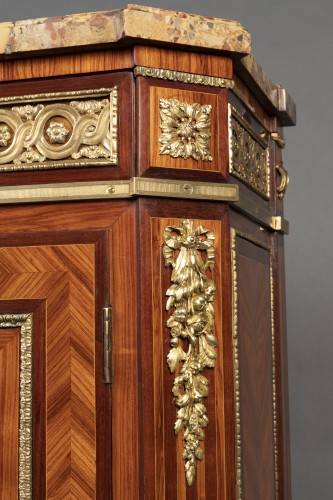 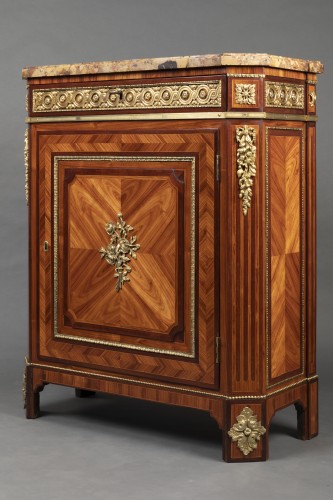 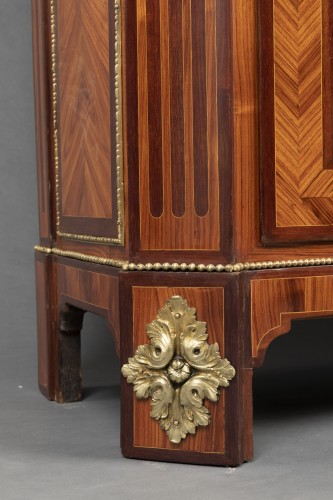 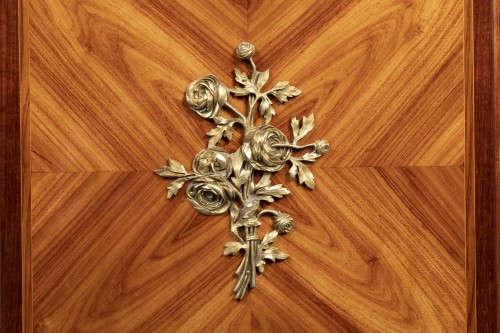 Rare in-between buffet * in precious wood marquetry opening with a drawer and a leaf on the front.
Rectangular model with wide cut sides decorated with rosewood veneer in butterfly wings in the center of the door, with double frames in herringbone marquetry and amaranth reserves.

Very rich original ornamentation of finely chiseled and gilded mercury bronzes including a bouquet of roses in the center, an interlacing frieze on the drawer, falling flowers on the uprights, ingot molds and pearl friezes on the crosspieces, rosettes in spandrels on the uprights and feet, lamp base ...

Original top in Breccia marble from Aleppo, molded and cut in the Greek style.

Parisian work from the beginning of the Louis XVI period by Pierre Boischod. *

The in-between is a piece of furniture in the form of a console, small cupboard or sideboard that is leaning against a panel or paneling between two openings, two cross-doors or two doors.
It is also called support furniture or furniture with support height.
It was generally positioned between the two windows, in large apartments.

Pierre Boichod was already the King's privileged carpenter when he obtained his master's degree on February 15, 1769. Installed on rue du Faubourg Saint-Antoine under the sign "à la Boule Blanche" he worked for his colleagues Oeben and Migeon. Although he produced some Louis XV style furniture, the majority of his works are in the Transition and Louis XVI styles. We owe him small works, delicately inlaid and sculpted, such as small tables, shelves, small chests of drawers generally in mahogany.

By its rare format and the preciousness of its decoration of veneer and bronzes this small sideboard is not a common production but probably the fruit of the complete development of an interior by a great architect from the very beginning of the reign of Louis XVI.
Presented in perfect condition and with a rare stamp framed with fleur-de-lis attesting to the royal privilege obtained by our cabinetmaker, this small support buffet will delight the most demanding collectors. 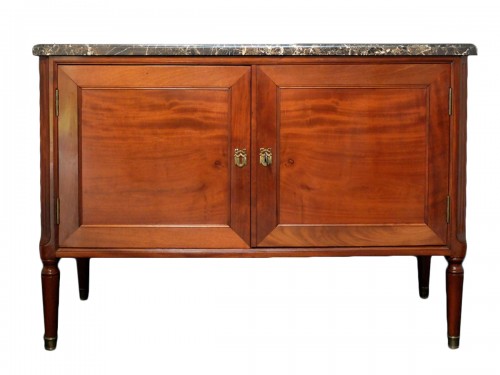 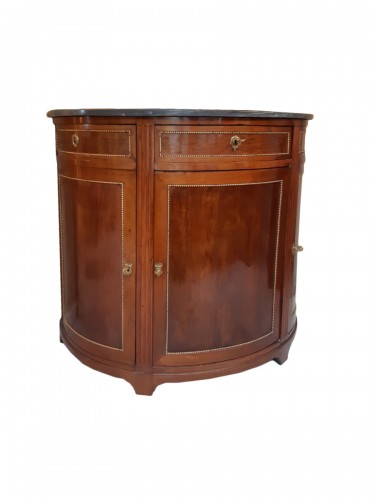