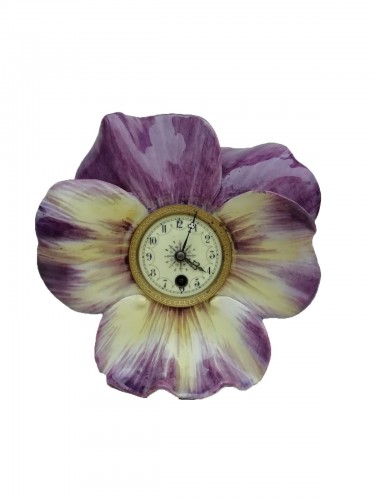 This pendulum in the shape of a pansy flower is a realization of Delphin Massier at the end of the 19th century. Enamelled earthenware allows Delphin to create pieces with subtle and nuanced colours.

The Massier family has been established in Vallauris since the 18th century with Pierre Massier (1707-1748) recognized as a master potter. In the south of France, this period is favourable for the manufacture of ceramics for everyday use such as culinary pottery. It was not until the following century that ceramics of art appeared, giving priority to aesthetics over utilitarian aspects.

Delphin and his brother Clément (1844-1917) and then their cousin Jean-Baptiste dit Jérôme fils (1850-1916) are at the origin of this development. The Massiers owe this new orientation to the systematic use of plaster moulds and the use of glazed earthenware which allows a varied palette of colours. Delphin and Clément worked in the same workshop in their early days and presented their joint creations at the 1883 Universal Exhibition in Amsterdam before each went their own way. 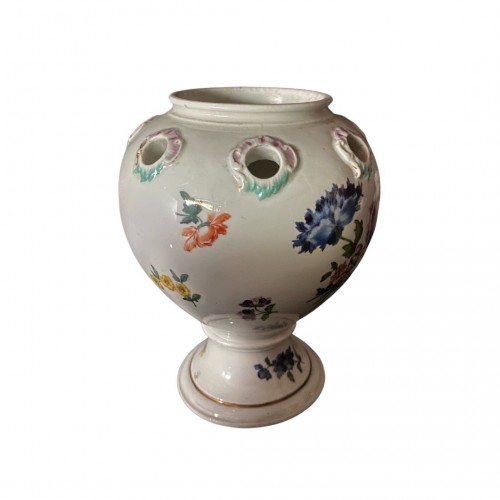 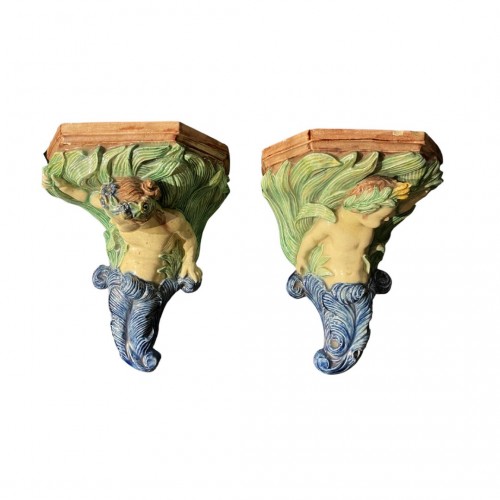 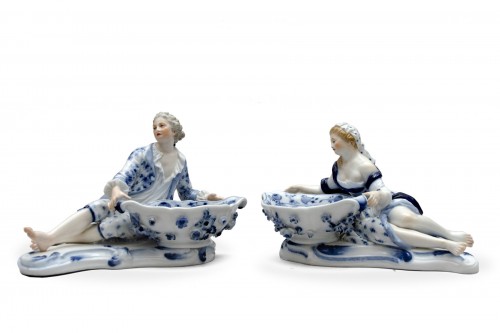 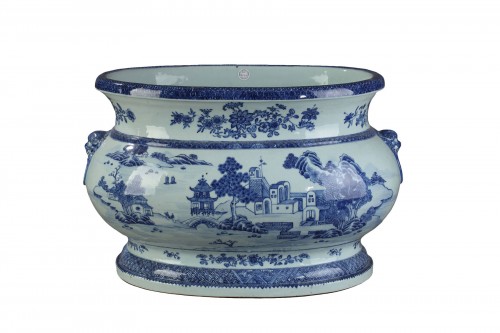 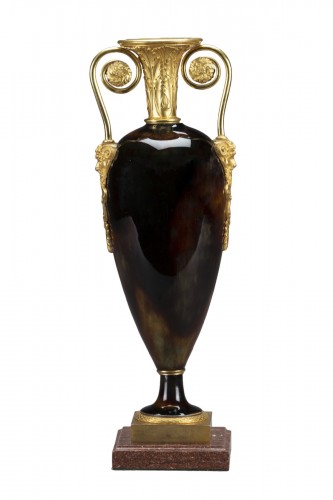 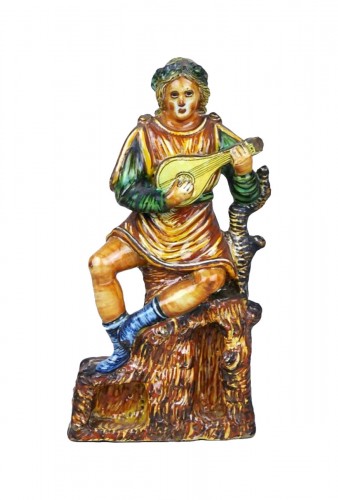 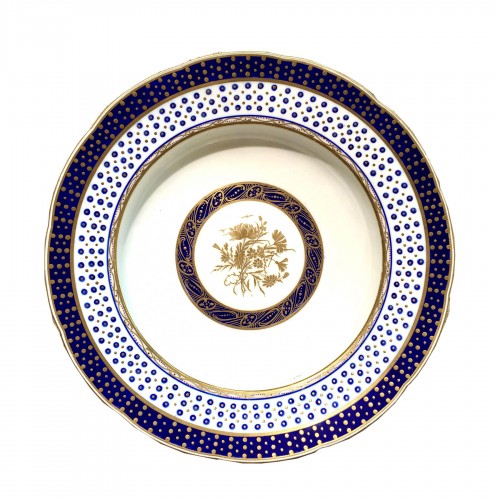 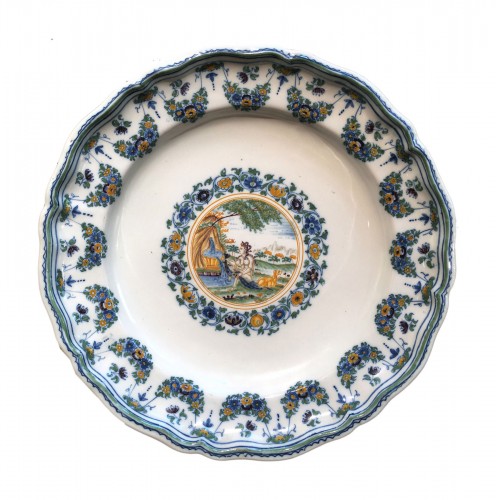