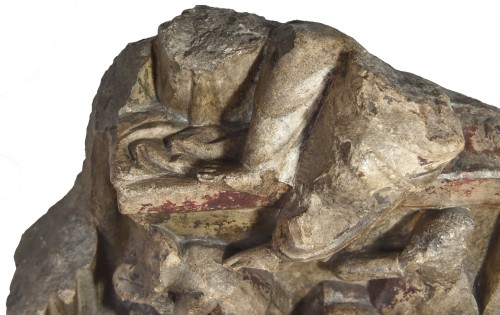 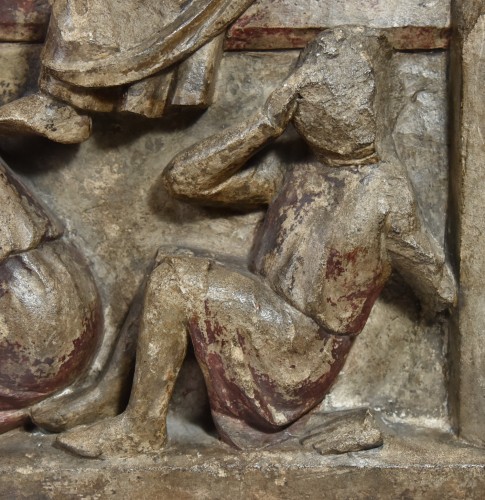 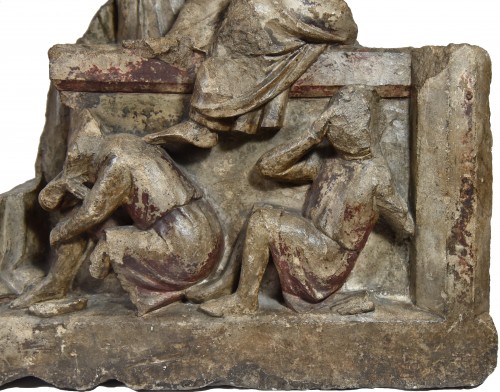 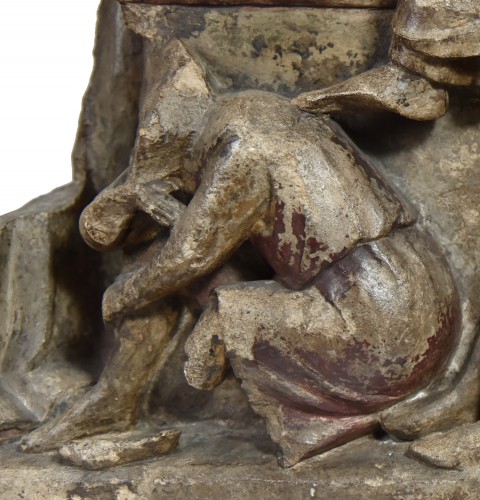 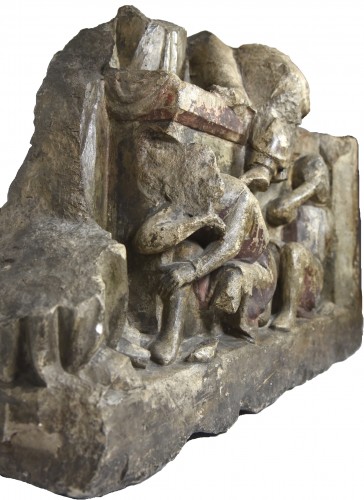 Beautiful fragment of altarpiece in limestone retaining traces of polychromy. The scene depicted is a classic scene from the Passion cycle, that of the Resurrection, which consists of the Christ rising from the tomb in front of two sleeping or subdued soldiers.

There is also a large figure standing to the left of the stage, whose left foot and the fall of his coat are distinguishable. The shroud is represented, in disorder, on the table of the tomb. Our fragment comes from a destroyed altarpiece, which was certainly monumental, and also a victim of iconoclasm since the heads of the sleeping soldiers seem to have been deliberately mutilated.
Visible gaps.

Exportation possible only after receipt of an authorization by the Ministry of Culture.