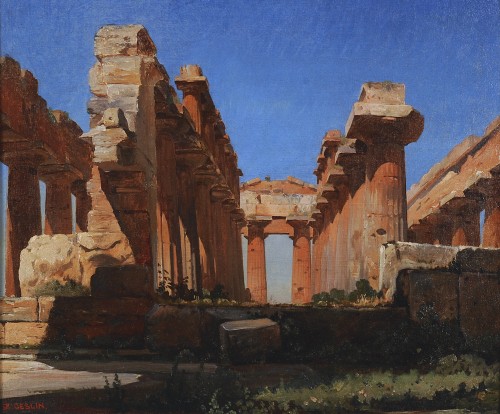 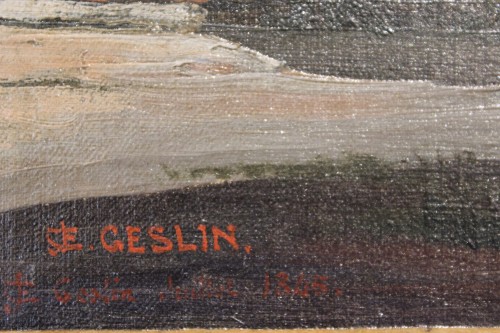 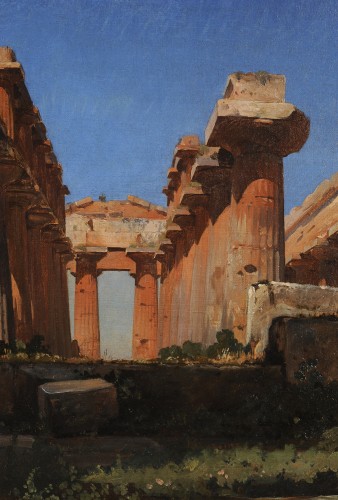 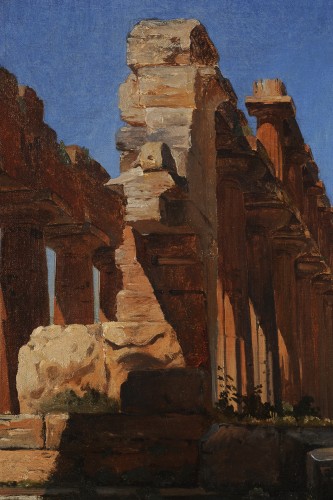 Paestum : the ruins of the temple of Neptune
(ou second temple of Hera)

Great artist and distinguished scientist, Jean-Charles GESLIN, born in Paris on March 13, 1814, entered the School of Fine Arts in 1830 at fifteen and a half years. Naturally preferring painting, his parents forced him to enter the studio of the architect Callet. After two years working on the subject, Geslin convinced his parents to let him study painting and when he was received at school, he entered Picot's studio. Beside his creative effervescence, Geslin began to devote his time to archeology.
The year 1841 marks his first participation in the Salon with a view of the apse of the Saint-Denis abbey. On the advice of his artistic entourage, Geslin made the choice to continue his studies in Italy. He spent three years there between Rome, Pompeii and Paestum where he worked harshly seventeen days in a row in 1844. Geslin seduced by the majestic beauty of the then little known ruins resolved to take a number of views, most likely ours.
On his return from Italy, he sent to the Salon of 1845 a view of the Roman Forum which was noticed and earned him a third class gold medal.
Considered one of the best painters of architecture, Geslin founded then his preparatory drawing course at the Government Schools, which had famous students such as Lesseps, Daubrée, Fould ...
From 1850, his art evolves taking a more decorative penchant and the artist then received a lot of public orders that occupied until the Second Empire.
Notably from this period, in 1863, Geslin agreed to enter the Louvre as an inspector in the Department of Antiquities to participate in the project of the installation of the Campana collection in the museum.
Jean-Charles Geslin died on August 7, 1887 after dedicating his last strength to classifying his many collections and making relative catalogs.


The Greek city of Poseidonia was born in the middle of the 7th century BC and developed remarkably. In 273 BC it was conquered by Rome, and became a Latin colony, under the name of Paestum. The city prospered until the first century of our era, then declined gradually. Depopulated by malaria, it was destroyed by the Saracens in 877.
This archaeological site today owes its celebrity to the three temples built by the Greek colonists and which have come down to us in a very good state of conservation. The site has been the subject of regular excavations since the end of the 18th century.
The temple of Neptune (or second temple of Hera), which interests us here, was built in 450 BC next to a first temple dedicated to Hera already existing on the site but of a more archaic architecture. It is approximately 25 meters wide by 60 meters long and was built on the model of the temple of Zeus in Olympia.
Our painting offers us a panorama in slight down-plunge of the interior of this big temple. Surprising detail, this point of view will be taken almost identically several decades later by the Florentine photographer Giacomo Brogi (1822-1881). 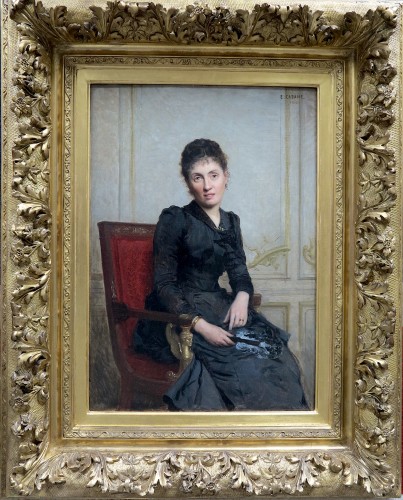 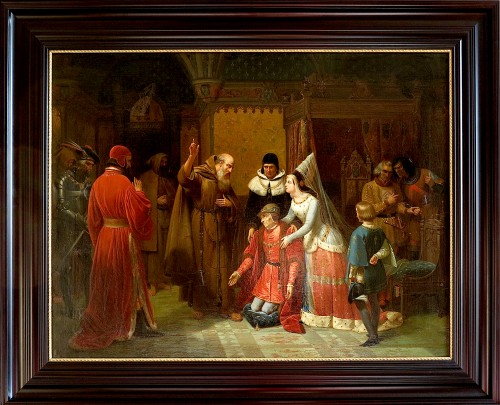 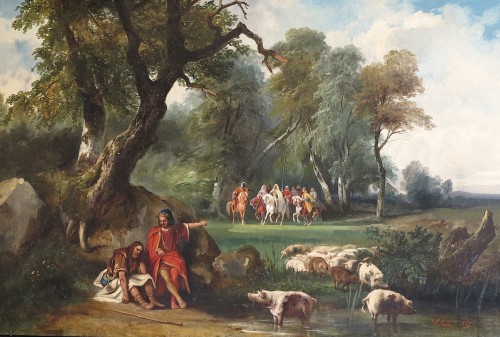 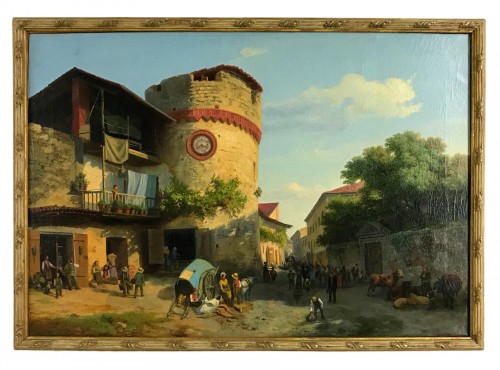 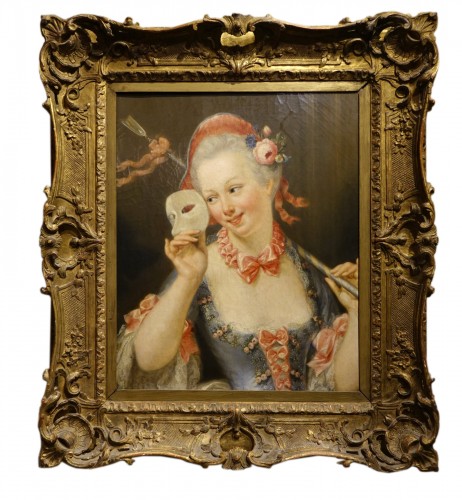 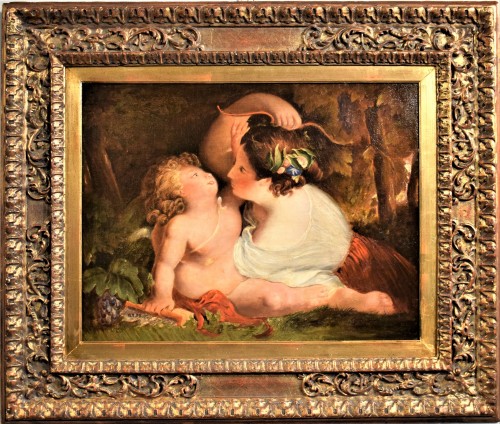