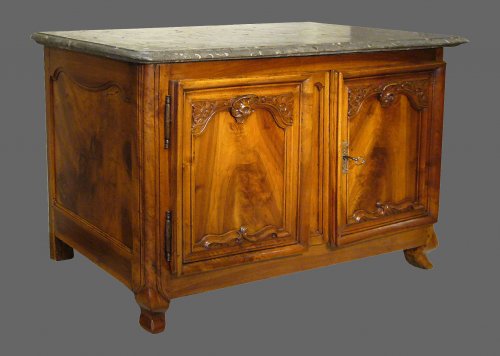 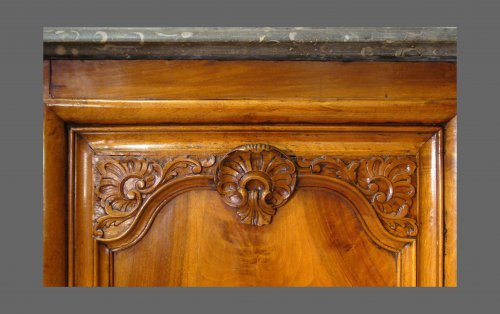 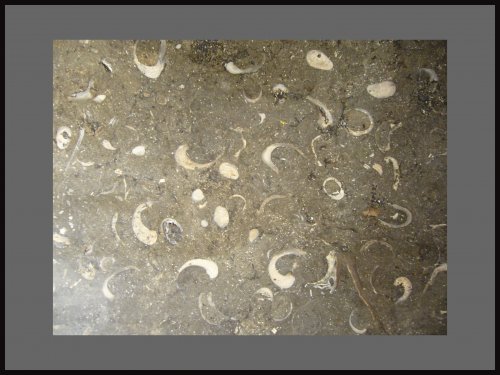 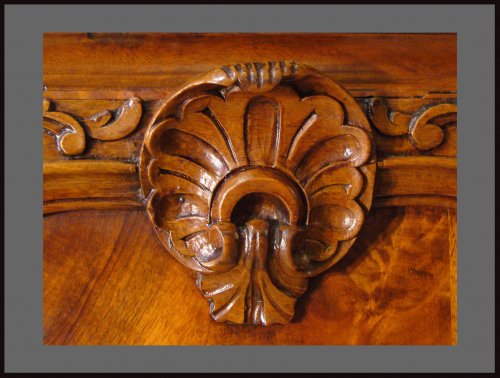 Nice buffet "Lyon" blond walnut orthoédrique massive volume. It opens two doors separated by a beaten subject. The doors are large to cover the hidden drawer in under the stone. They are decorated with high molding and a second cove molding between a reserve carved branches centered by a large shell. At the bottom, this molding is bypassed and ending with an asymmetrical decoration winding foliage. Sidewall panels fretwork moldings on high crosses. It rests on small arched feet.

It is covered with its heavy stone (180-200 kg) of Saint-Cyr St. Fortunatus of the Monts d'Or, near Lyon for presentation of the game.

The rod, the lock, the keyhole, the key, drawers, their iron rings are original.

Lyon's work in the second half of the eighteenth century. 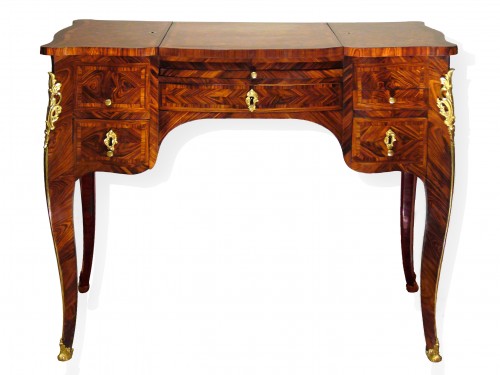 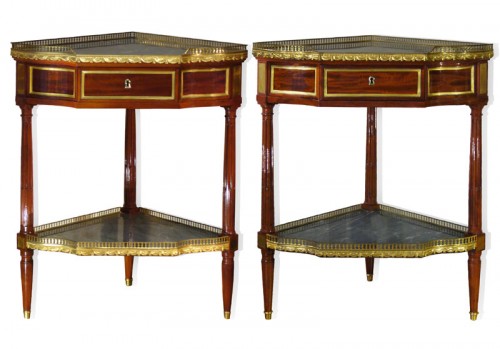 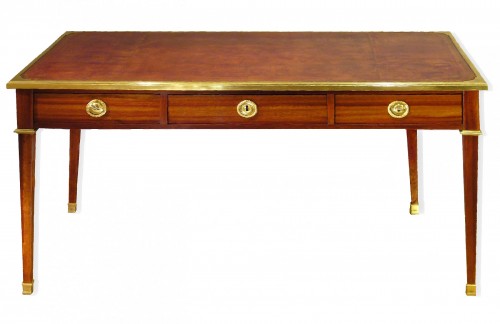 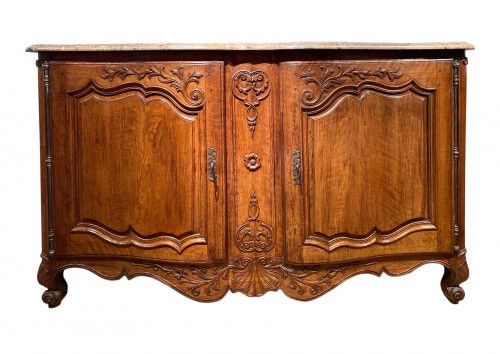 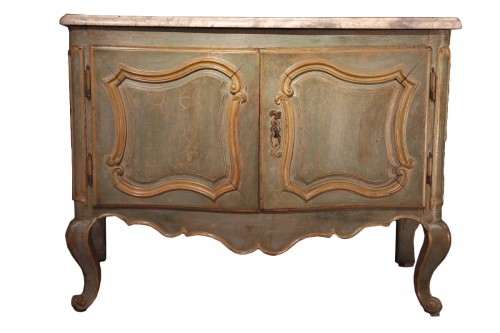 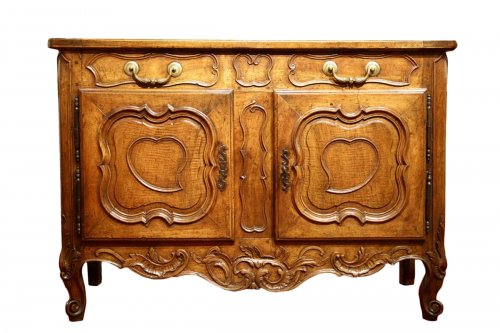 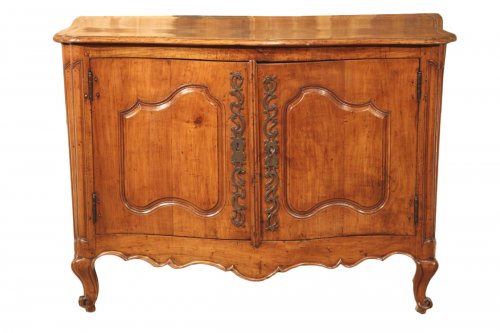 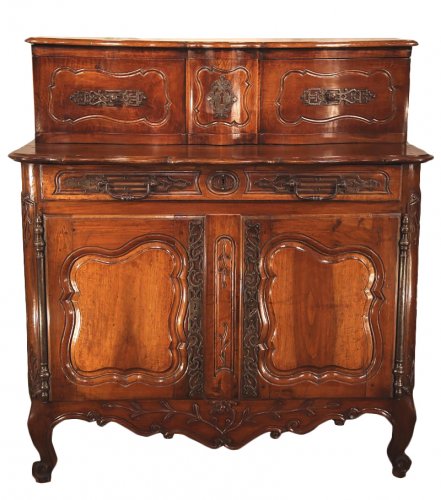