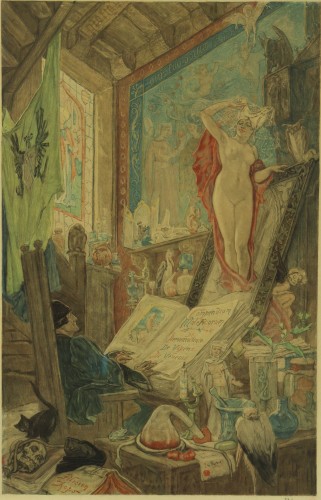 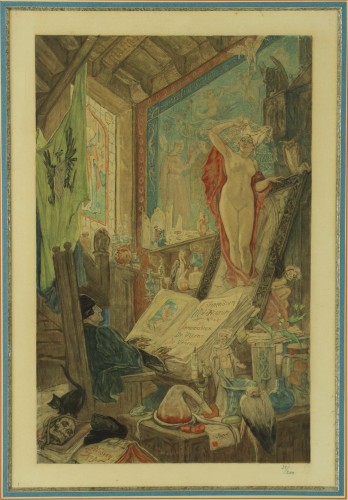 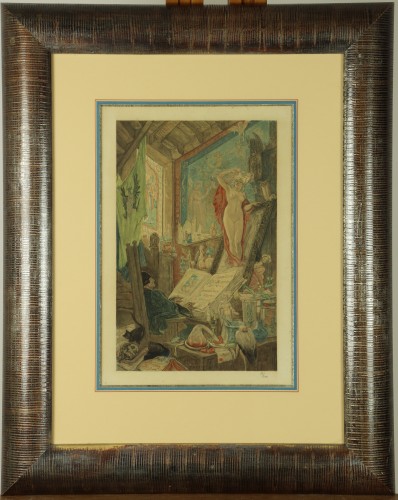 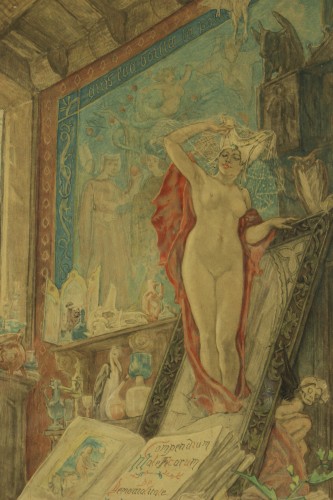 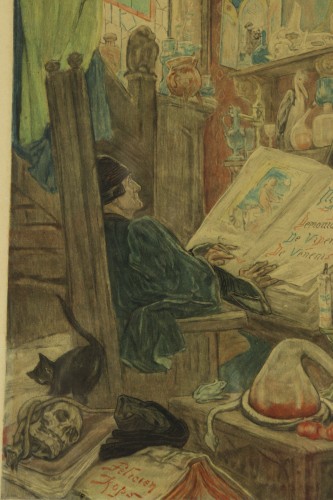 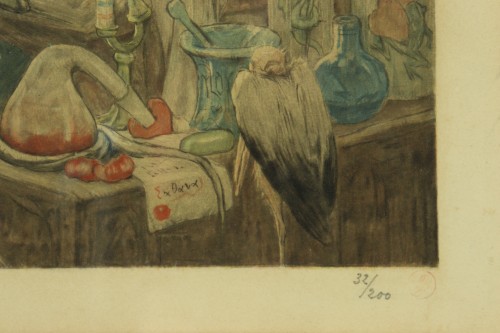 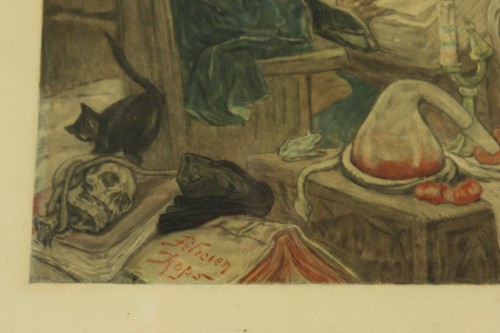 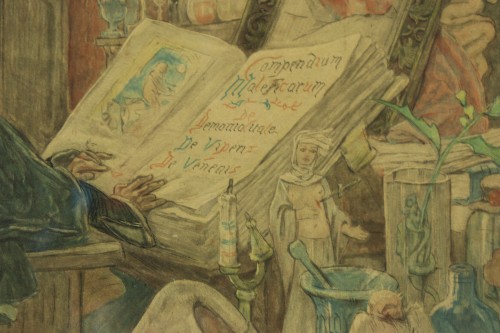 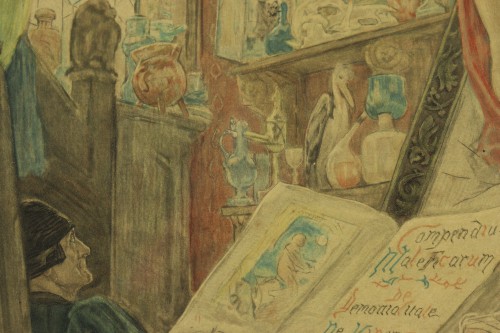 Félicien Rops was born in Namur, the only son of a bourgeois family. He studied at the Université Libre de Bruxelles in 1851 in philosophy in preparation for law, but he found his passion in publishing student newspapers, which he illustrated. From that moment on, Rops developed an incisive and acidic style in his caricatures that would never leave him. Being keenly interested in printmaking techniques, he founded the Société Internationale des Acquafortistes in 1869 and continued his technical research until the end of his life. He was very successful as an illustrator and his abundant correspondence testifies to his involvement in literary and artistic circles.

The short story tells how Iehan Manigarole had an unbridled youth of carnal pleasures and libertinism, but in the twilight of his life, the erotic force has left him, impotence overwhelms him. He exhausted himself in occult research in order to find his ardor. His work bears fruit and the work of Rops illustrates the precise moment when the mirror cracks and a woman of unimaginable beauty emerges and subjugates the old sorcerer. Femme fatale, organ of the devil, serpent of serpents, she then leads the magician to deny his baptism and give his soul to the devil.
Once again dashing, Manigarole plunges into debauchery with an inordinate ardor, which leads to his arrest and execution for witchcraft.

Rops faithfully depicts the alchemist's workshop as described in the tale. The stained glass window representing the Virgin, the jars with newborn organs floating in them, the bewitchment figure struck by a match, the retort dipping its beak into a lamb's heart, and the diabolical black cat.
Rops and Uzanne had a deep friendship, calling each other "my old brother" in some of their letters and had in common their passion for the pleasures of the flesh. 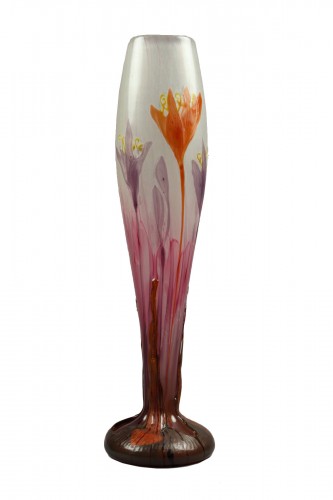 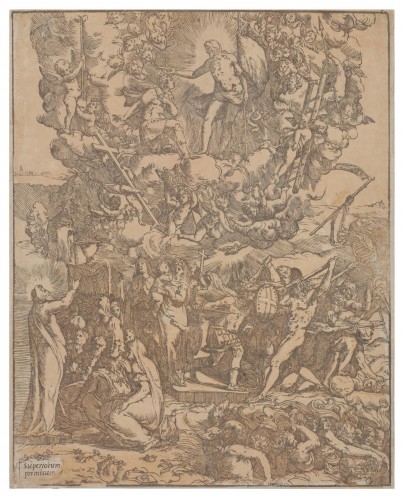 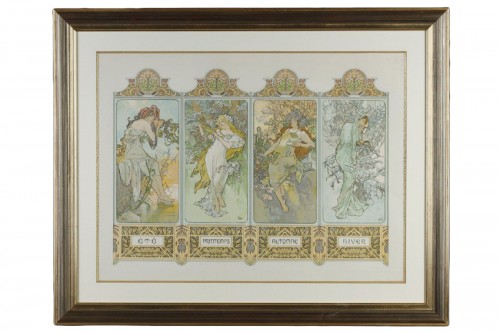 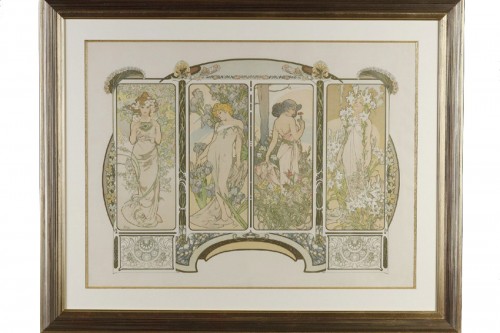