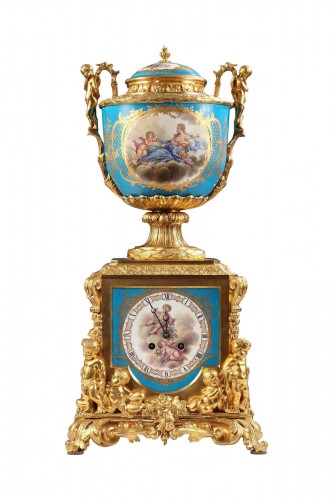 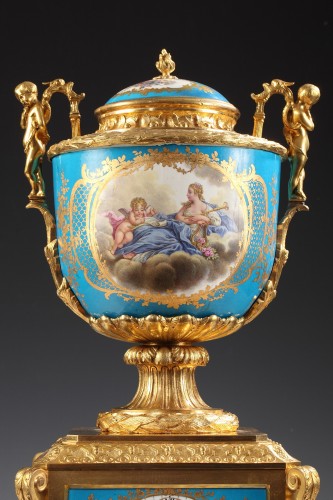 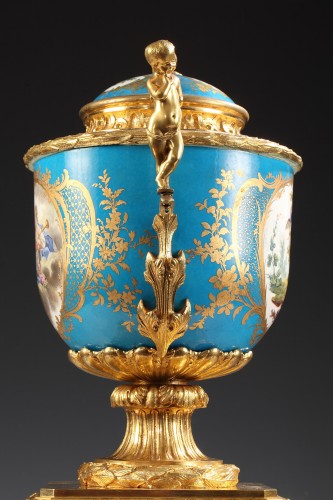 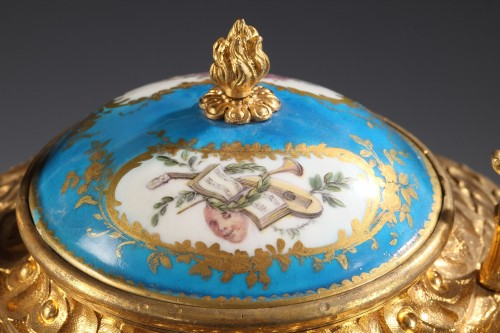 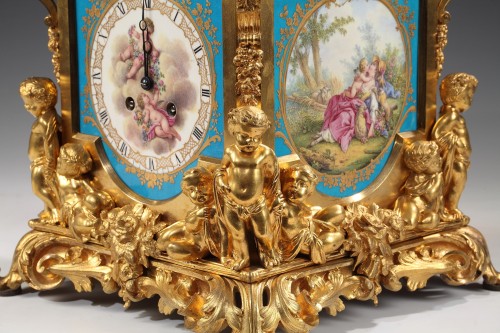 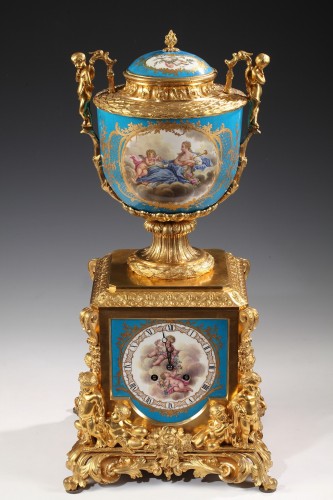 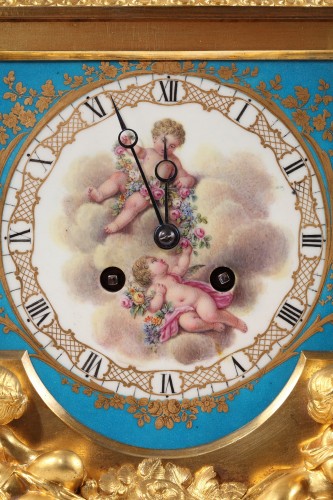 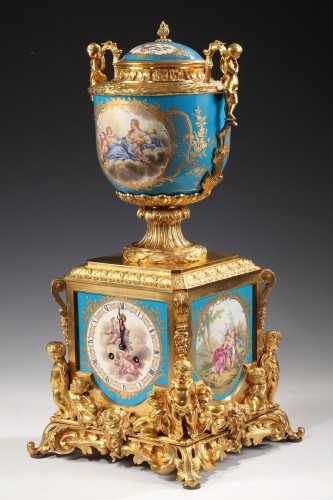 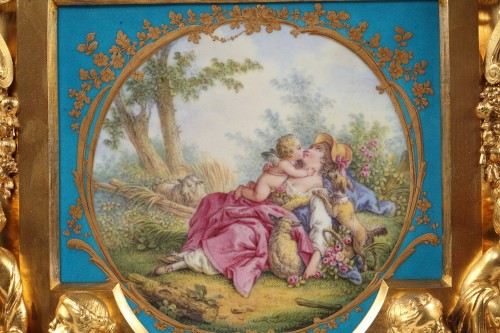 Beautiful polychrome porcelain and chiselled and gilded bronze clock from the Louis Philippe period. This rare clock is composed of a squared base holding the movement, supporting a covered vase. This charming polychrome porcelain ensemble is embellished on every face of pastoral decors in cartouches, highlighted of gold on a celestial blue background. It is decorated with a gilded bronze mount of laurel leaves, fruits, flowers and interlaces. Rests on a foliaged based where sit putti holding hands.

This clock is close to the production of the Sèvres Factory.

Biography :
The Sèvres factory of soft-paste porcelain was created, about 1738 at Vincennes by bankers and financiers with the aim of making true or “hard-paste” porcelain, like Meissen did. In 1753 Louis XV, became a major shareholder and the manufactory was transferred to Sèvres, closer to Versailles and the château de Bellevue, acquired by the Marquise de Pompadour. The Marquise took a personal interest in Sèvres activities, and encouraged production. In 1759, Louis XV bought out the other shareholders and Sèvres became the exclusive property of the France Crown. From then, the manufactury mark was a symmetrically crossed Ls (the royal monogram) together with a letter indicating the year. The period between 1756 to 1779 represents the most successful and prosperous years for the factory. Louis XV, ordered large services for diplomatic and royal presents. The foremost artists, like the painters Boucher or Bachelier, the sculptors Falconet or Boizot, worked for Sèvres, creating models. Experimentation in order to discover the hard-paste porcelain technic continued, and was discovered after 1769. The factory produced with success both soft-paste and hard-paste porcelain. In these years the most famous ground colours were invented: the dark blue (bleu lapis) about 1752, the turquoise blue (bleu céleste) in 1753, the applegreen in 1756, the famous rose in 1757, and the king’s blue in 1763. These remarkable pieces were usually painted with scenes form engraving by famous painters (François Boucher) or ornementalists, with garlands, baskets of flowers and trophies. The production included sculptures (“l’Amour menaçant” by Falconet), large services (the service for Rambouillet was delivered to Marie-Antoinette in 1788), decorative and utilitarian objects. The “marchands-merciers” played an important role in supporting the factory and making its production popular. Daguerre was the first to decorate furniture with porcelain, one of the most striking innovations of the century and one of the most admired today. 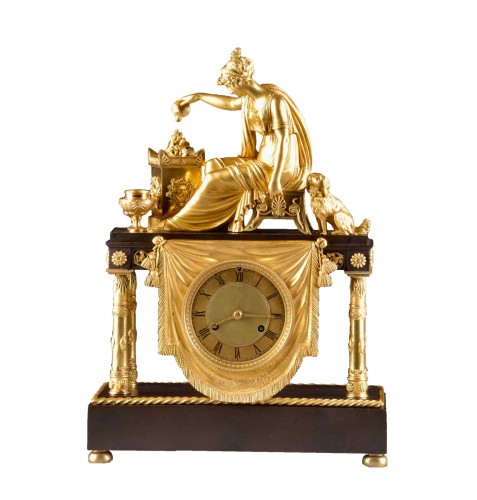 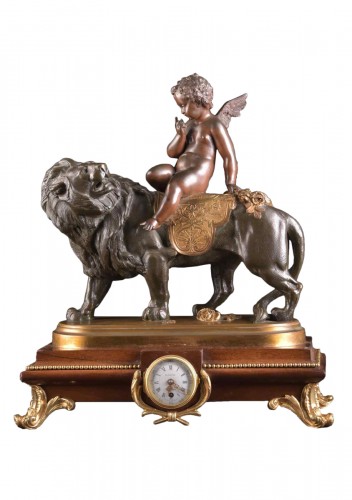 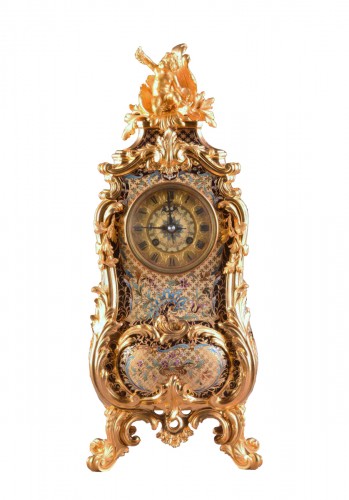