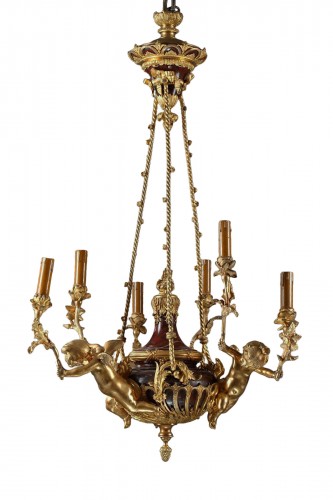 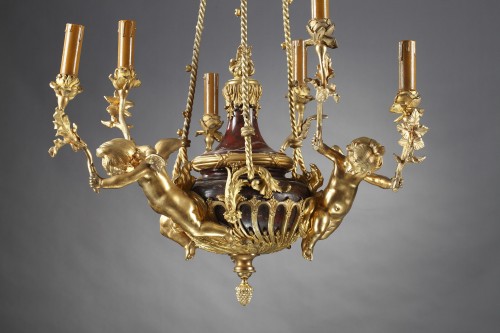 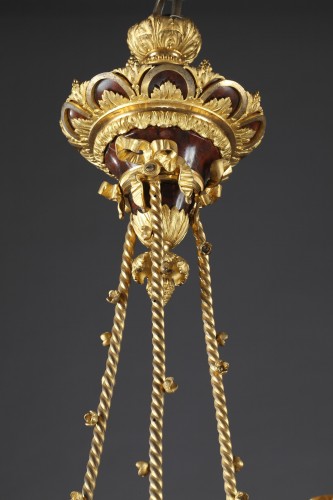 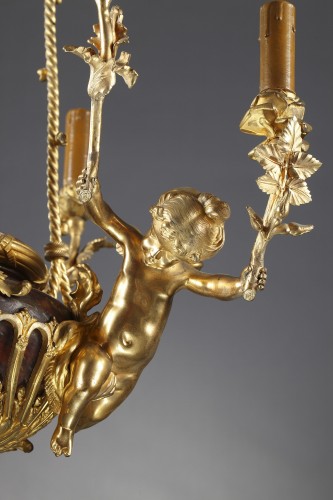 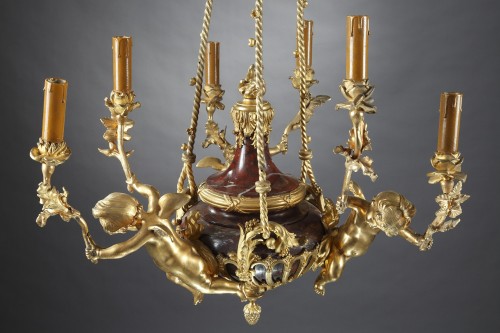 Charming Louis XVI style chandelier with six light-arms in gilded bronze composed of a red Griotte marble covered urn decorated with openwork and twisted gadroons, and topped with acanthus leaves and a flame. Three putti surrounding the urn hold in each hand a branch of a rose forming the lights. The chandelier is suspended by three flowery ropes connected by a knot to an elegant ceiling lamp adorned with foliage, and the whole ends with a pine cone.

Sconces, chandeliers, candlesticks and other candelabra, which illuminate the rooms, grow considerably during the seventeenth century. Although already existing in the 17th century, the word “chandelier” was only used late because until the 18th century in the old inventories, the chandelier is designated by the word “candlestick”. Their refinement attests to the social status of their owner. Their sophisticated decor marked by great rigor and classical solemnity are inspired by decorative drawings made by Jean Bérain, Daniel Marot, Le Pautre or André-Charles Boulle and widely adopted by other artisans through all Europe. At the end of the 17th century and during the early eighteenth century, interior designers introduced for their models used in decorative arts a new vibrancy, freed from Le Brun’s Classicism, and paving the way to the Regency style, then more intimate. 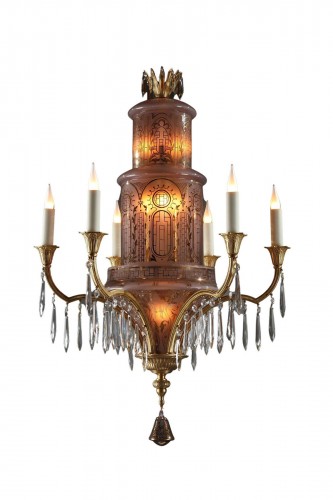 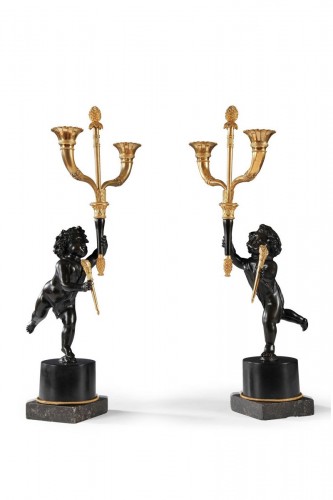 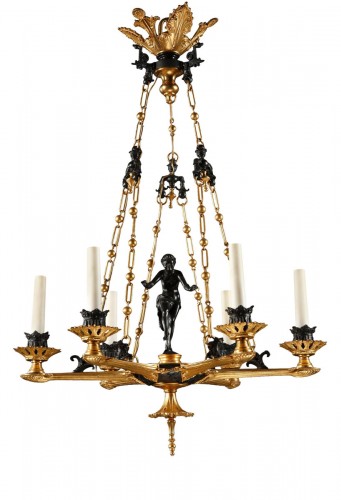 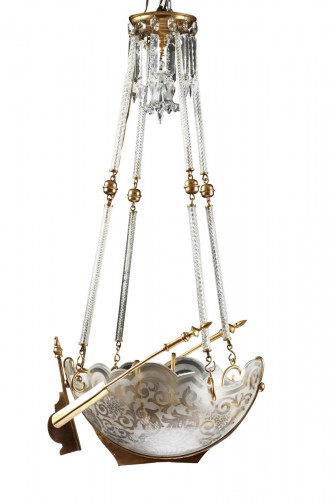 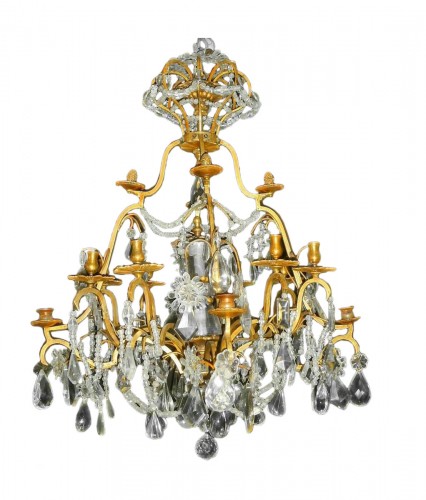 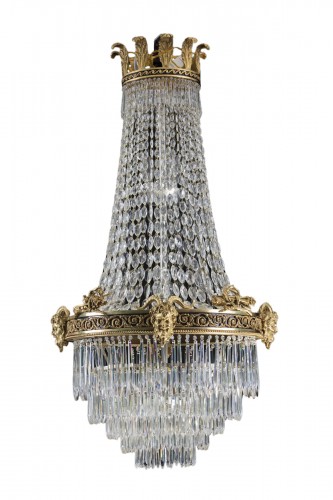