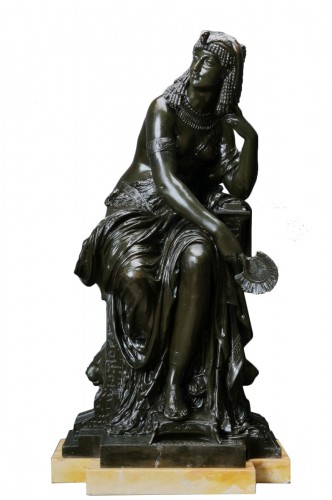 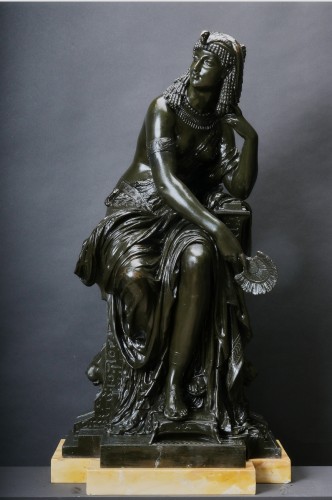 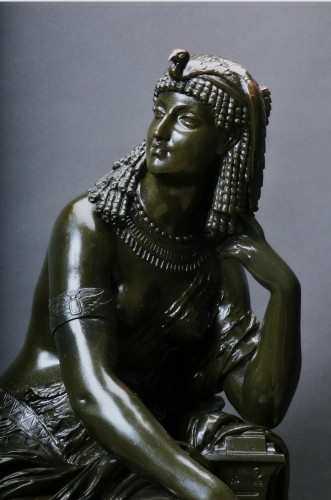 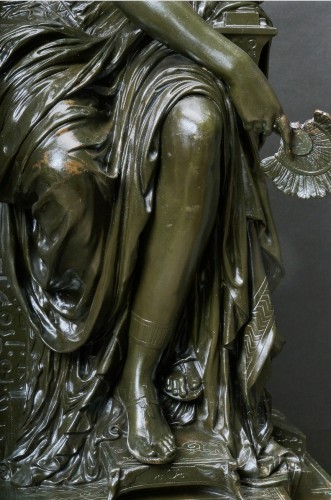 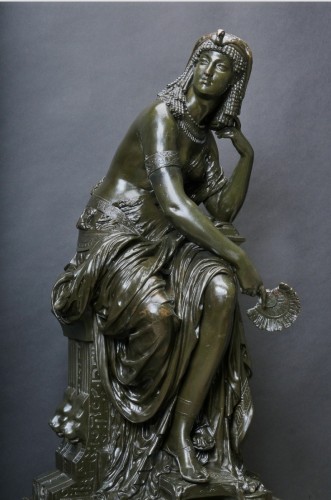 Large patinated bronze statue of Cleopatra, Attr. Mathurin Moreau (1822 Dijon - 1912 Paris) Bronze, dark patina. Ocher colored marble base. 19th century cast iron; Cleopatra seated on a throne with stylized hieroglyphics and half-naked lion head masks in a pensive pose, holding a fan in her right hand. Large, entirely sculptural figure by Moreau, who here thematizes the currents of symbolism and the neo-Egyptian style since Napoleon's campaign in Egypt, where Cleopatra became a favorite motif in painting and sculpture. Moreau was one of the most sought after and important sculptors of his time, both during the reign of Napoleon III. as well as the Belle Époque. In 1842 Moreau won the second Prix de Rome, in 1848 he made his debut at the Salon, where he exhibited regularly and won prizes. In addition, Moreau sent the world exhibitions in 1855, 1867, 1878 and 1889. In addition to small bronzes, he also created a number of monuments and fountains, with which he found international attention in Europe, America from the North and the South. Total height 77cm. Dark patinated bronze figure of Cleopatra on an ocher marble plinth. 19th century cast bronze 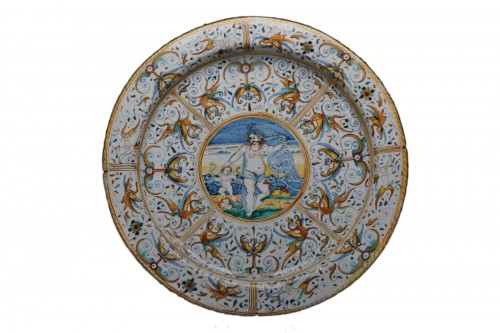 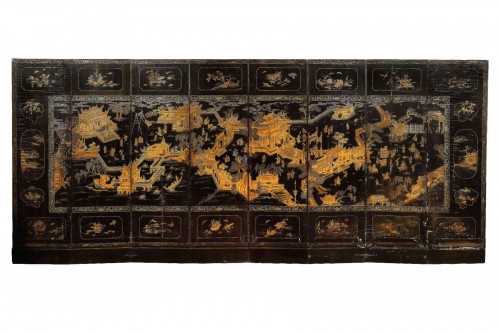 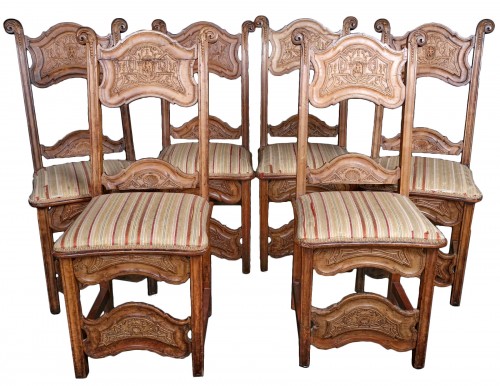 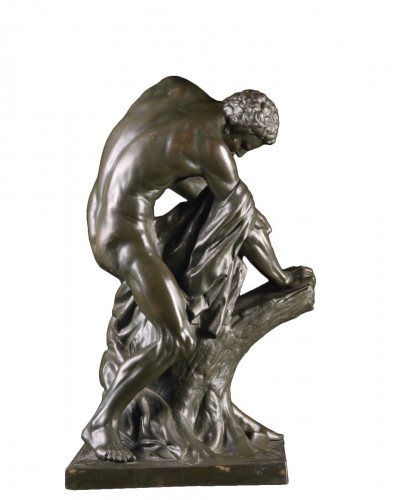 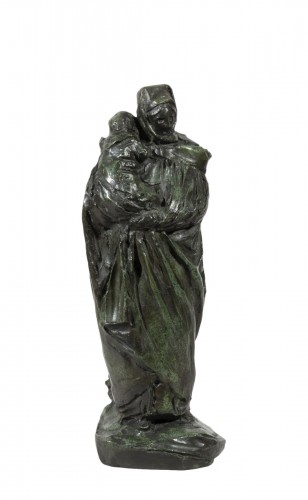 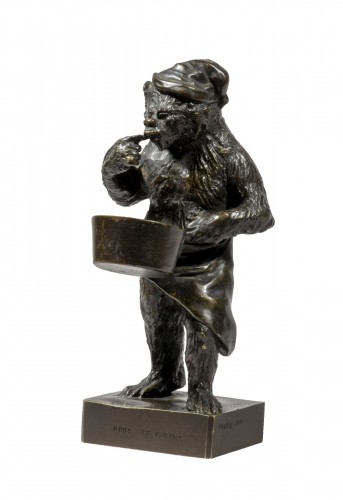 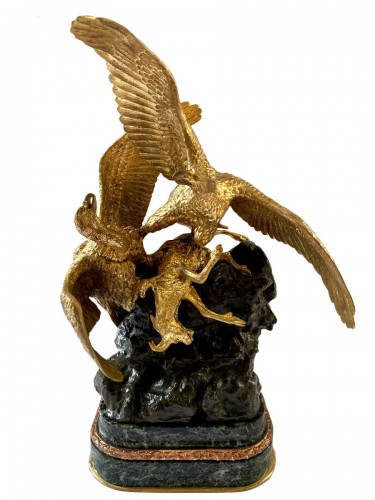