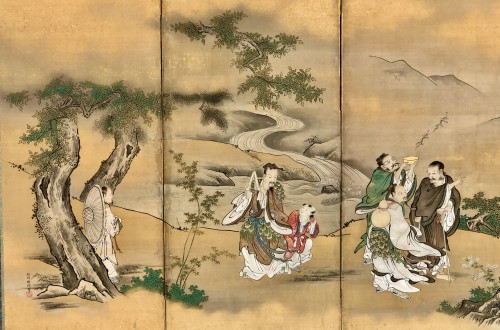 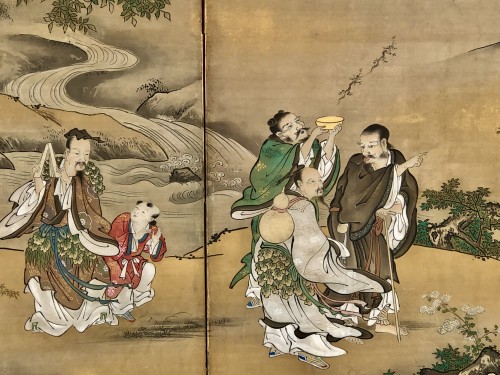 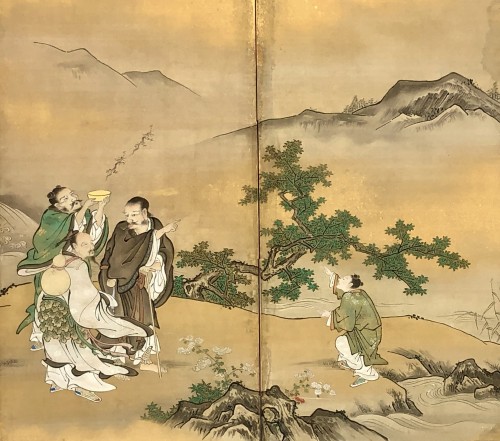 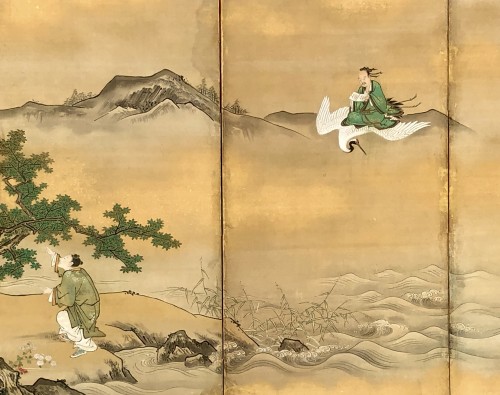 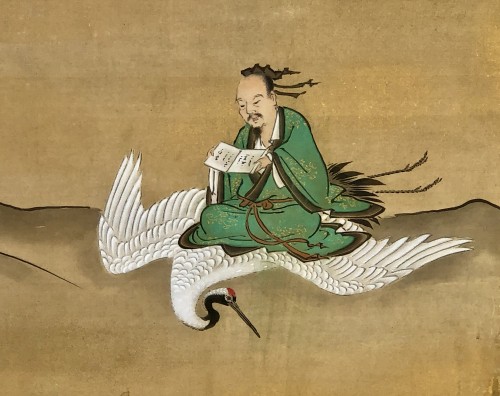 Painting in ink, polychromy and gold on silk. The scene represents (several sennins) Taoist immortals with children or servants. In the background we can distinguish mountains more or less masked by golden clouds. In the center of the screen we can see Chokaro with his gourd, Chinnan with two dragons emerging from his alms bowl, and Tekkai leaning against his cane and pointing his finger at Jurojin who is mounted on a white crane. To the left of the screen stands an immortal, under gnarled old trees, with a gigantic hat on his back and Lan Caihe with a child at his feet holding 2 sticks. A waterfall descending from the mountain feeds the river which passes at their feet.
Signed: Kano Tanshin hitsu (painted by Kano Tanshin) with a seal Chushu. About 1700. 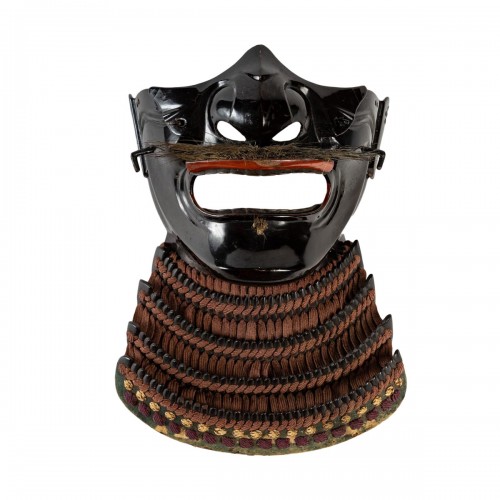 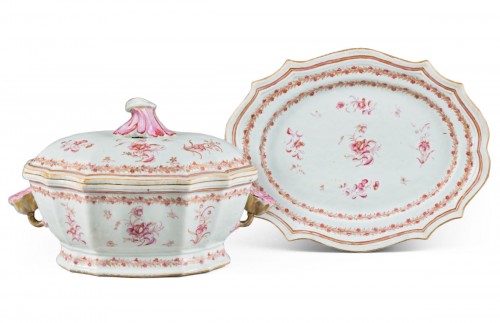