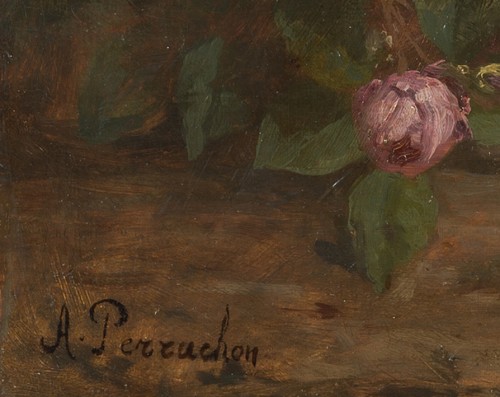 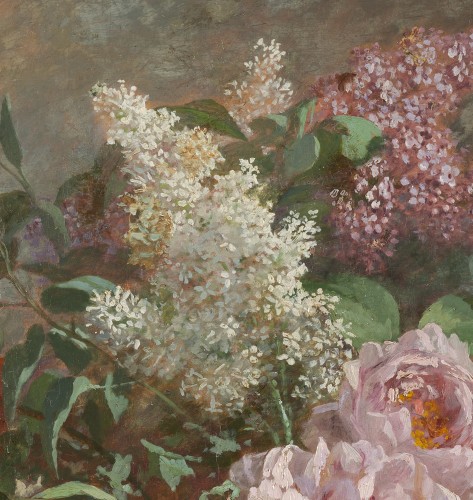 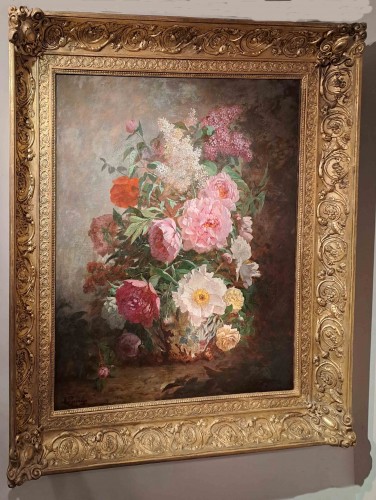 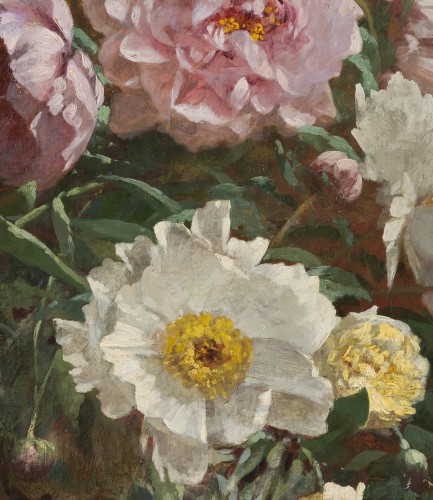 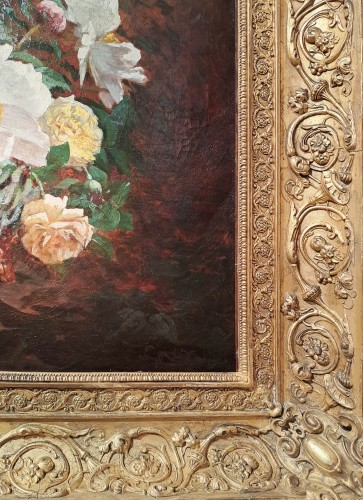 In the second part of the 19th century, the city of Lyon and its school of fine arts are at the origin of a very beautiful creativity for the paintings of flowers and still life. Antoine Berjon is undoubtedly the most famous of this school, but André Perrachon born in 1827, will also produce superb compositions. If Antoine Berjon is recognizable by the finesse of his drawing and in particular in the representation of wicker baskets, the work of Perrachon is more lively, more modern.

Quickly noticed, the artist continued his studies in Paris where he was a student of Lepage. From 1850, he exhibited at the Paris Salon where he received several honorary mentions. André Benoît Perrachon is particularly appreciated for his flowers where he excels by the grace of his compositions, the harmony of colors and the delicacy of the line.

The Musée des Beaux-Arts in Lyon holds many works by this artist, and several other museums in France, including the Musée Greuse in Tournus, have acquired paintings by André Perrachon.

It is a very beautiful format, which is important for this artist. The very varied floral composition does not let the vase appear. The entablature, the accessories, dear to the painters of the school of Lyon have almost disappeared here; this painting is a beautiful example of the production of Perrachon whose vision of what will become impressionism, places him as a great painter precursor.
This painting is in a very good state of conservation and remains on its original structure and canvas. The colors have remained vivid and the intact pictorial material has kept an excellent adhesion to the canvas. The painting is currently presented in a wood and gilded stucco frame from the Napoleon III period. It is not its original frame because the rebate hides about 4 centimeters at the top. This superb frame has been perfectly restored, and the work itself has been varnished and re-varnished.