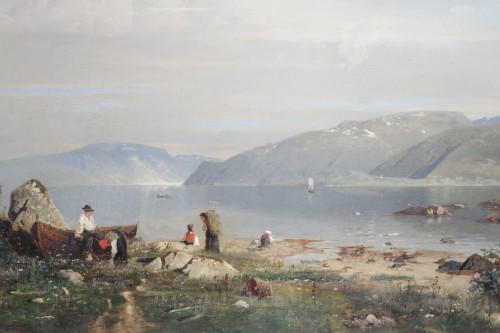 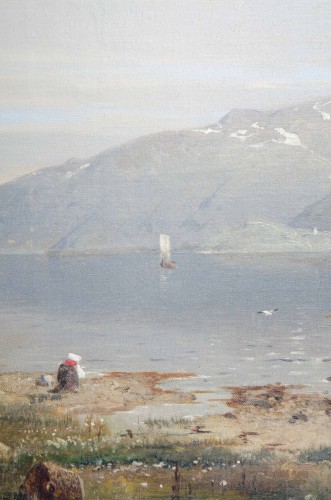 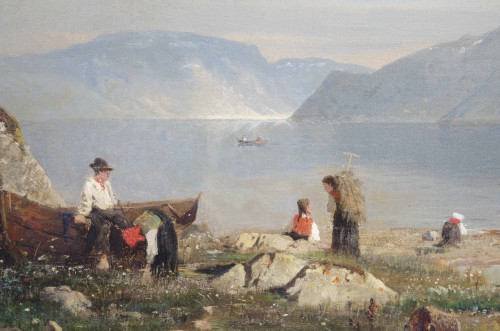 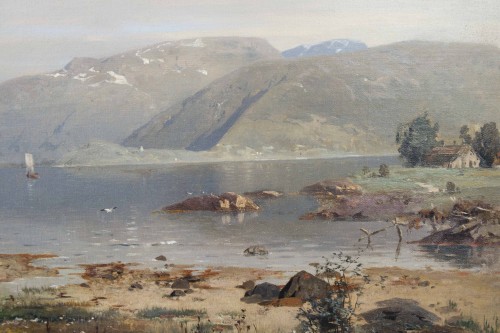 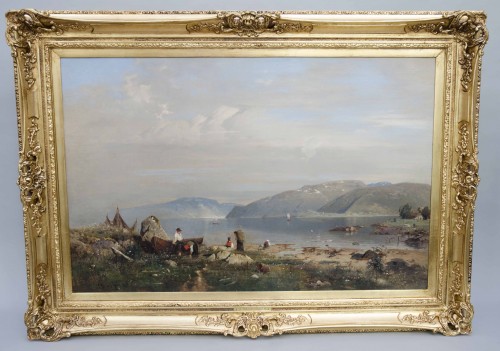 Animated view of Norwegian fjords. dated 1870. Oil on canvas with original gilt frame. Probably a view of the Helgeland District fjords, viewed from the Torget island.

Liter: Rasmussen started as pupil of the painters Johan Ludvig Losting and Anders Askevold. He worked in Copenhagen then in 1863 became the pupil of the Düsseldorf school master Oswald Achenbach. He will live in Düsseldorf and Berlin for the rest of his life, returning to Norway during summer where his Fjords views were very succesful. His technique is fresh and close to impressionism, finding the light from the inside of the scene, depicting clouds and animating it with locals and ships. Works in State Art Museum of Copenhagen, in the Gemäldegalerie in Dresden, at the Kunstmuseum Düsseldorf and the Hermitage. 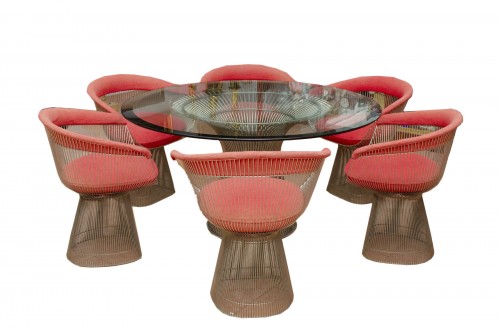 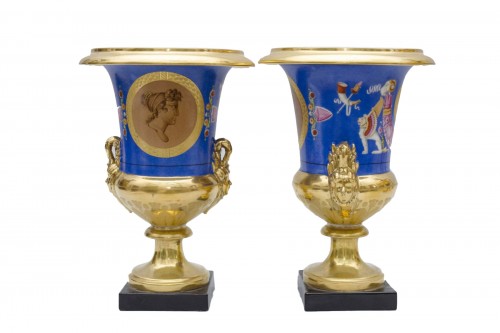 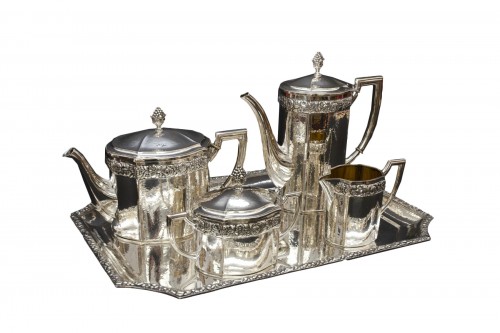