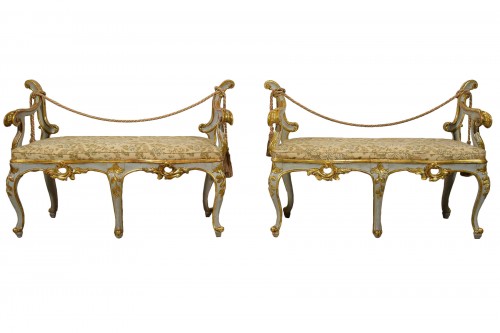 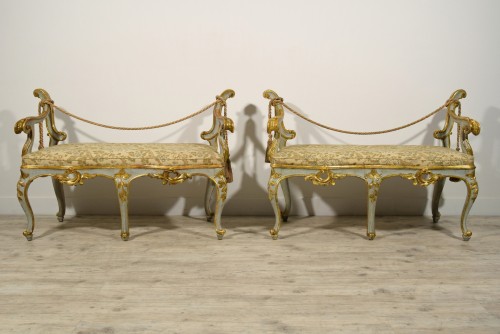 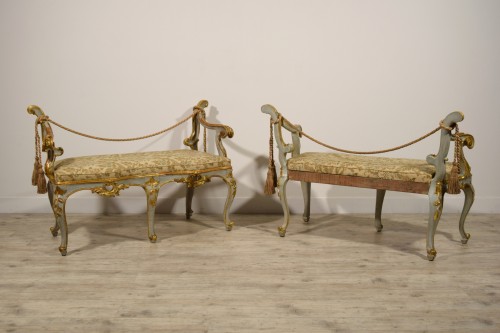 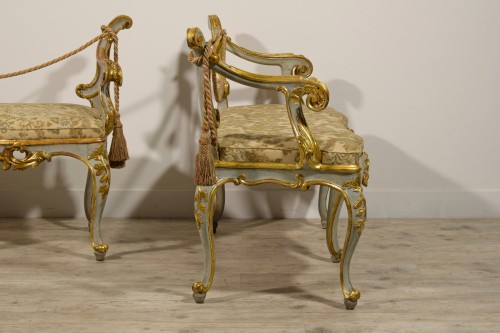 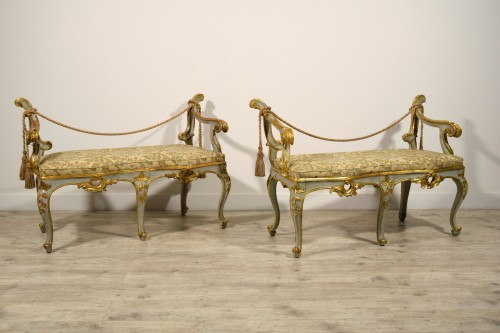 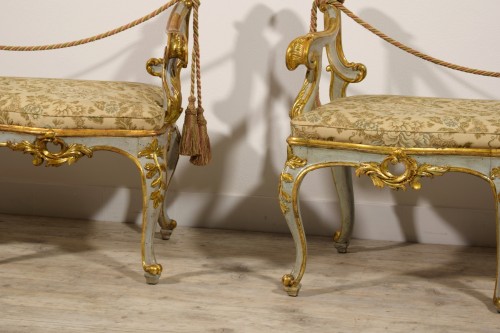 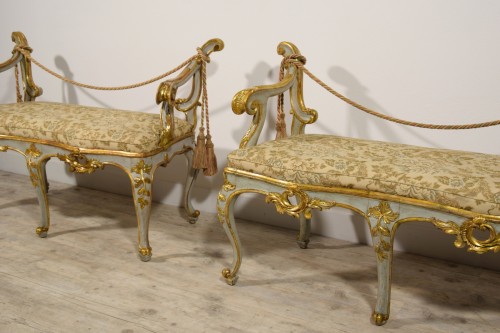 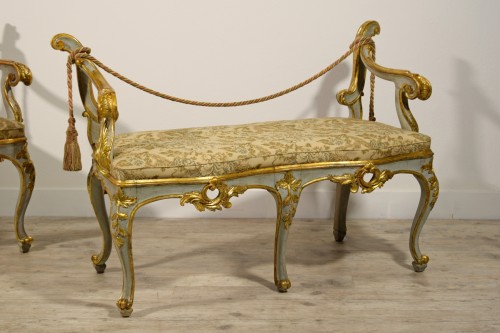 This particular pair of baroque benches was made in Rome, Italy, in the second half of the 18th century.
Their wooden structure is entirely sculpted, lacquered and gilded in Mecca. It consists of a seat with a profile moved from which depart two armrests characterized by arched elements, moved and culminating in curls. The effect of great movement is enhanced by the decorations of rocaille taste with volutes and leaves that surround them creating dynamism.
The band under the seat, quadrangular and move, is decorated with rocaille elements and framed with reserve that creates curls in some points of connection. The six curved legs, characteristic of the Baroque era, are decorated with phytomorphic elements and end with a curly sculpture.
The lacquering is in shades of blue, while some parts have a gilding with silver leaf. The “meccatura” is a type of gilding performed on silver leaf for this to assume the appearance and the preciousness of the gold leaf. Mecca is a paint from the ancient recipe that was jealously guarded in the shops. It involves the use of sandracca rubber and gutta rubber in alcohol, dragon blood and other ingredients that, in mixture with each other, contribute to the different chromatic elements of the mecca.
The pair of benches, stable and comfortable, is very decorative and large furniture. The benches are presentable side by side or interspersed with consoles and dressers. They can be used in entrances or corridors, in salons and studios, suitable to be combined with both antique and modern furnishings. 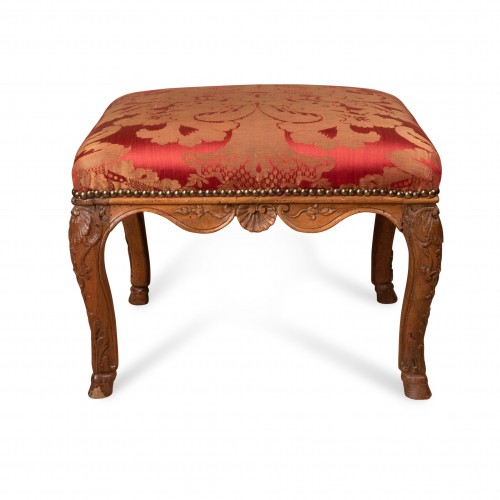 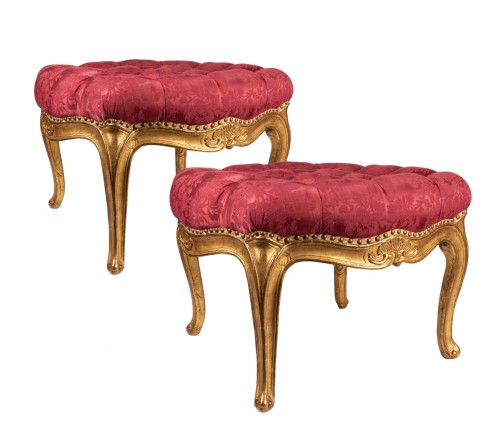 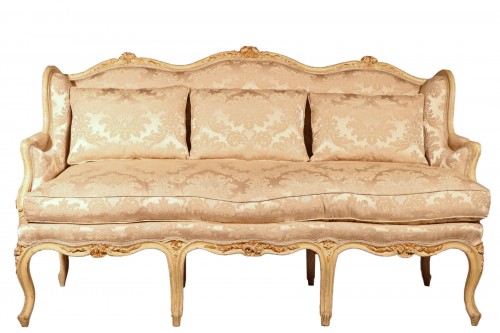 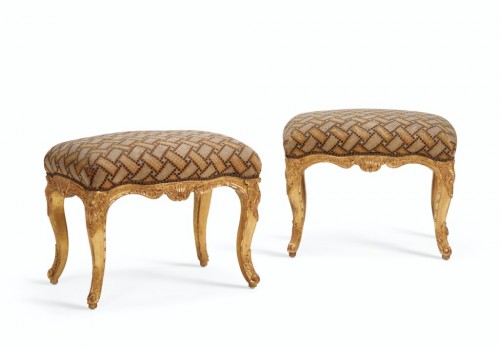