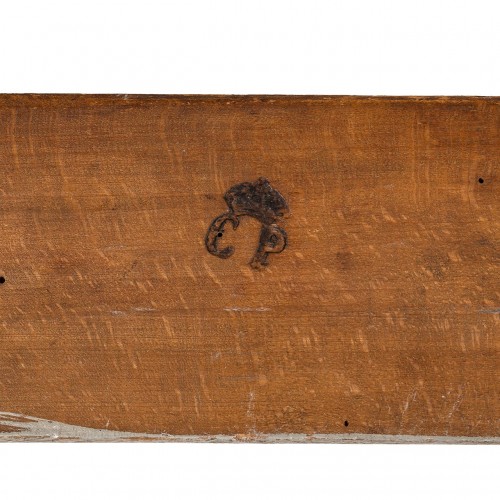 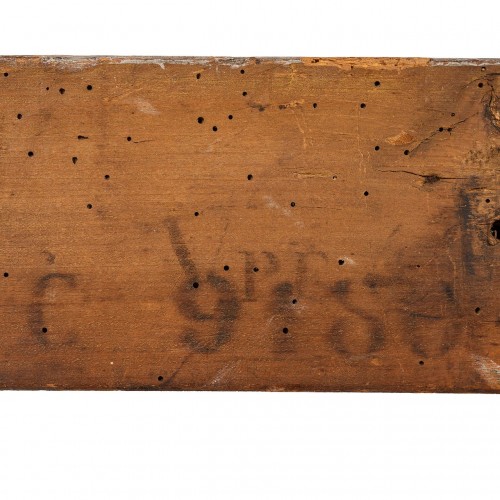 The inventory number of the Château de Compiègne stencilled is that of 1855, under Napoleon III. The bed was then in accommodation 153 reserved for the telegraph operator, located on the 2nd floor in the ministers' corridor. This bed is described as such: "9180 - a berth in painted beech wood, square legs and uprights, the said berth with strapped bottom & roller casters. Width 0.97 c." It is indicated as sold in 1885.
The CP crowned fire mark is not the one generally found on the furniture that was in the castle in the first half of the 19th century. This probably dates from the Second Empire (source: Etienne Guibert, curator at Compiègne).
Our bed also bears an inventory mark of the Petites écuries du château de Versailles, “VPE 4…”, which probably dates from an earlier period, probably from the Restauration or the July Monarchy.
The stables of the Palace of Versailles were built between 1679 and 1682 by Jules-Hardouin Mansart, architect to King Louis XIV. Compared to the castle itself, the stables, Small and Large, are located symmetrically on the other side of the Place d'armes. Their history linked to that of the castle was particularly eventful, they underwent during the 19th century multiple assignments which often did not correspond in any way to their original character. 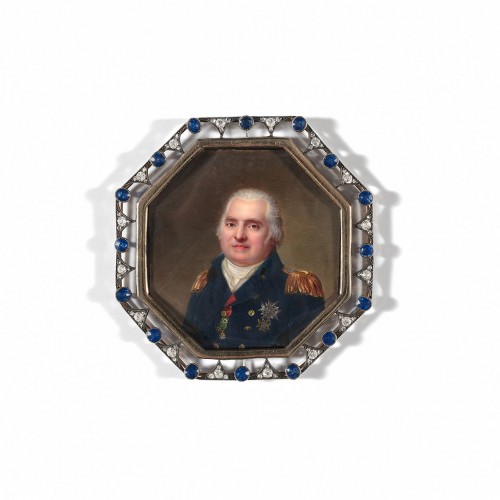 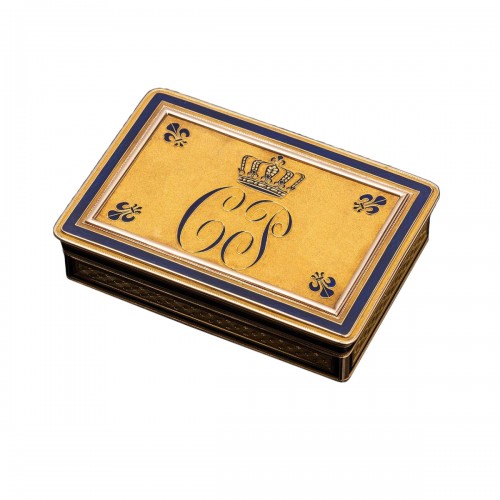 Gold & enamel snuffbox, presented by King Charles X to his secretary in1826 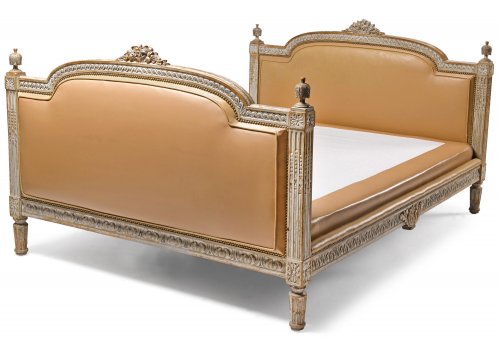