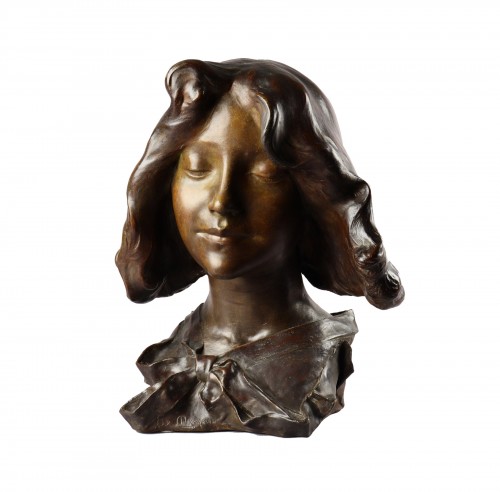 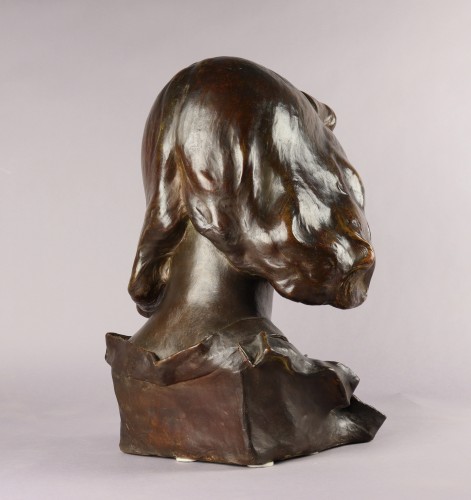 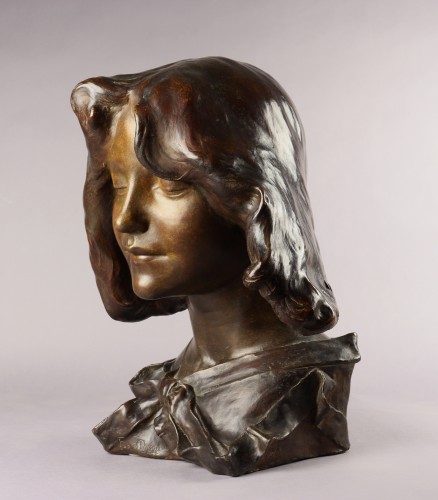 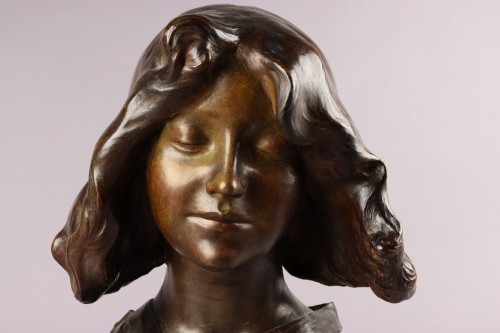 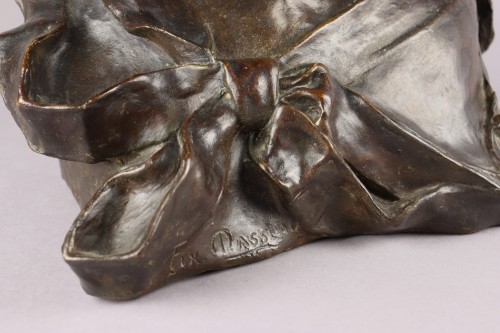 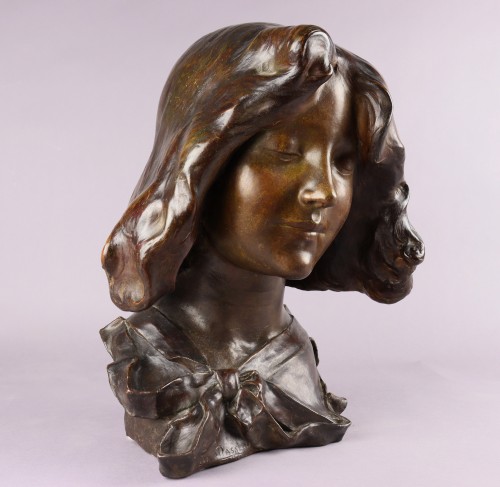 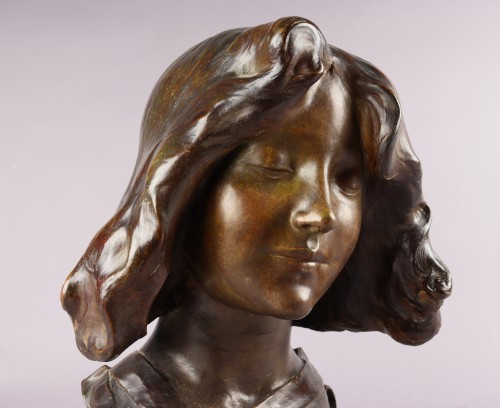 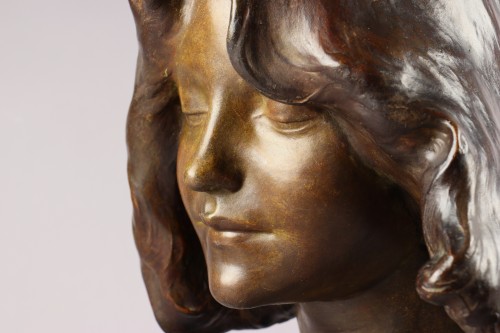 Bust of a young woman in terracotta by Pierre-Félix Fix-Masseau (1869-1937).
Archetypal of the solitary and taciturn artist, Fix-Masseau is a key figure of the symbolist sculpture. He was deeply influenced by the art of his colleague Carriès. Several of his works are in the Musée d'Orsay, notably the Secret, a work purchased by the State during his lifetime.
The bust of this young woman with a mysterious smile and a veiled gaze is fully in keeping with this fin de siècle spirit where dreaminess reigns supreme. 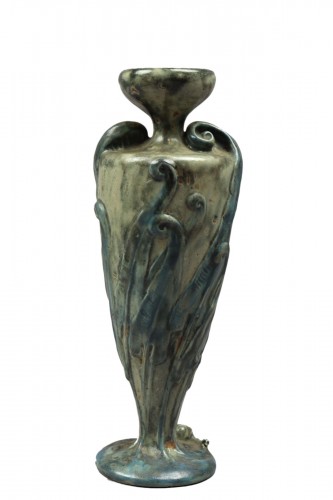 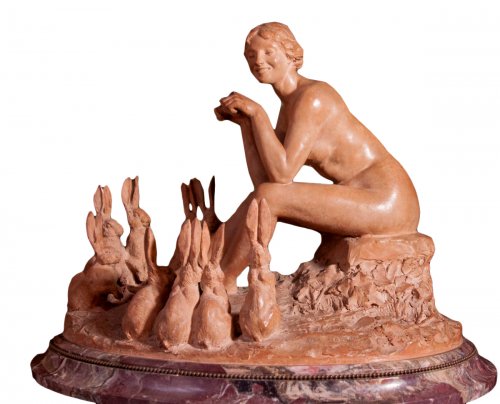 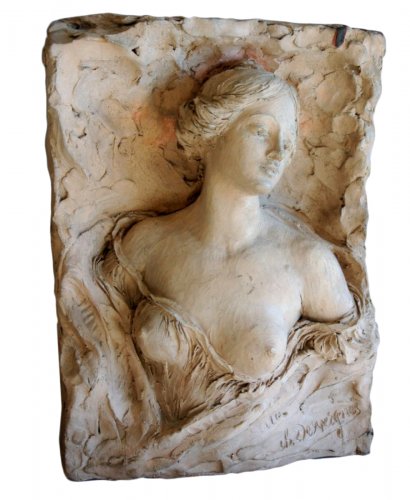 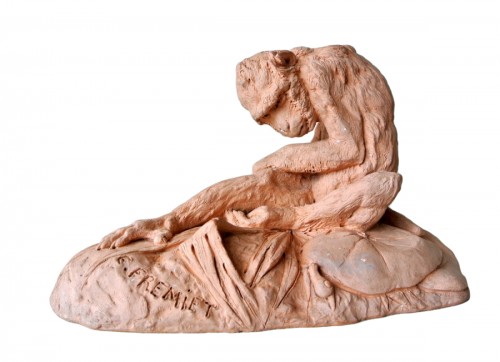