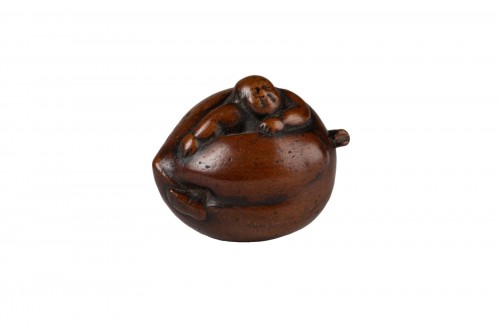 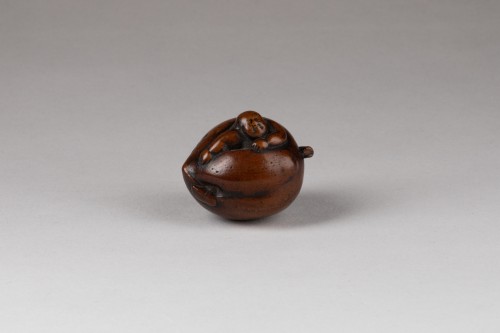 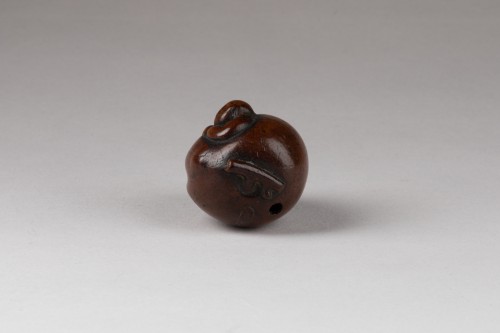 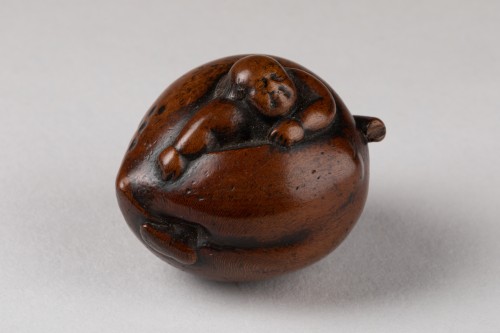 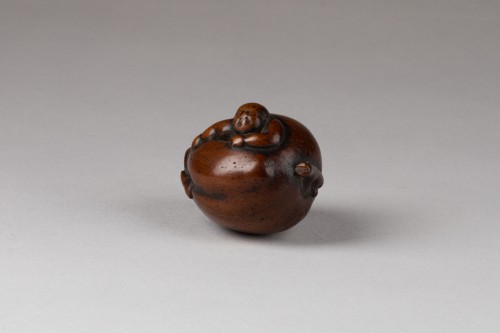 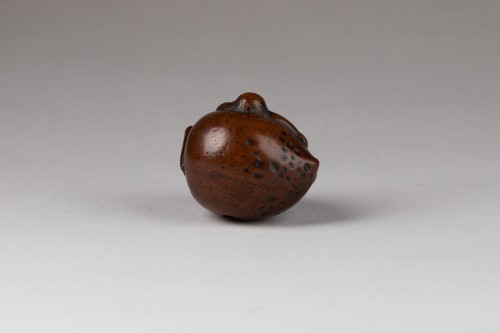 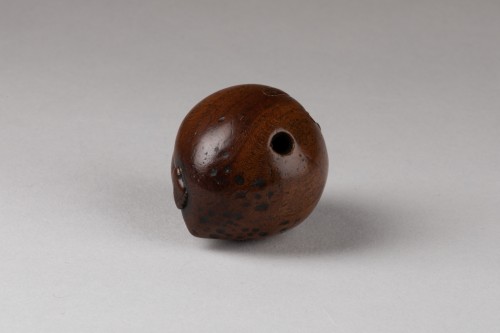 Netsuke – A good wood model of Momotaro, (???, « Peach Boy ») is a popular hero of japanese folklore. His name translates as Peach Taro, a common Japanese name, and is often translated as Peach Boy. Momotar? was born from a giant peach, which was found floating down a river by an old, childless woman who was washing clothes there. The child explained that he had been bestowed by the Gods to be their son. The couple named him Momotar?, from momo (peach) and tar? (eldest son in the family). Length : 4 cm. Japan Edo (1603-1868) 19th century 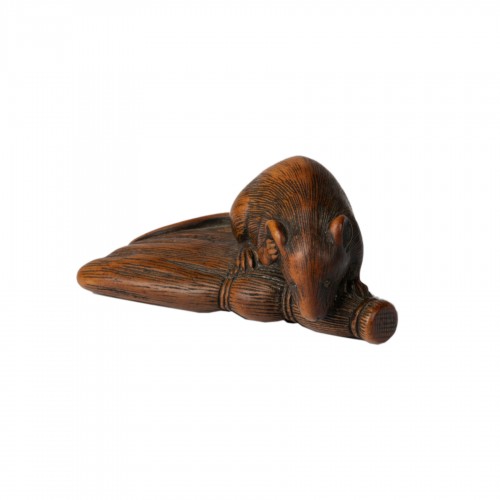 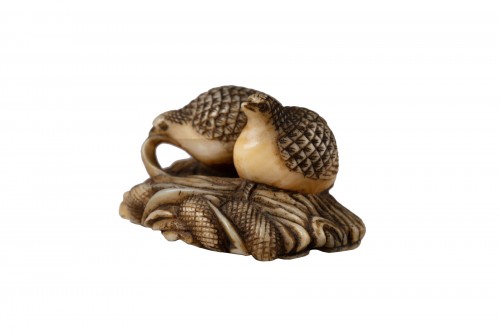 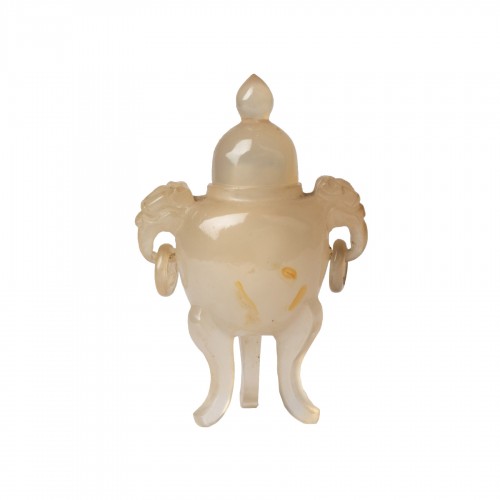 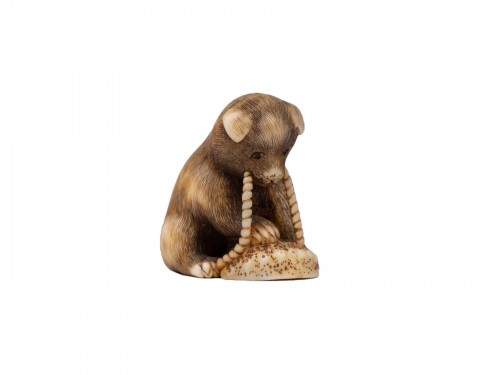 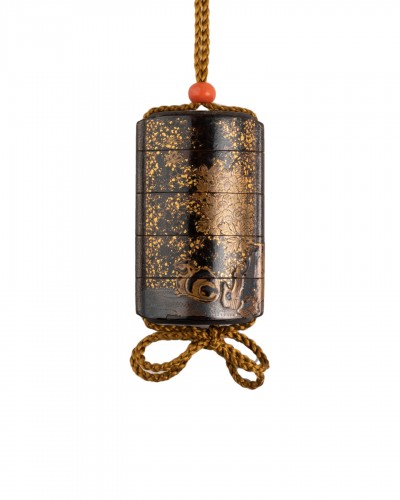 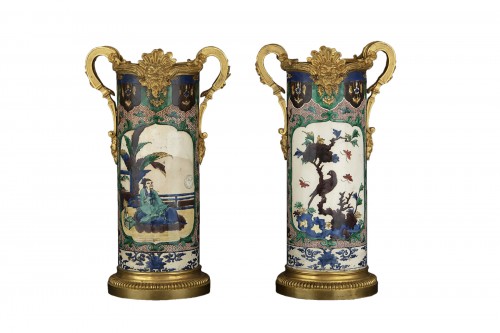 Pair of cylindrical vases in China from Verde family 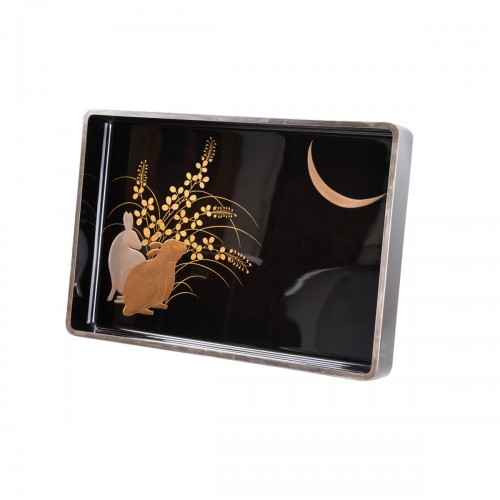