Drawing accompanied by two sheets of handwritten text, on three columns, each doubled and measuring 40 x 50 cm (with wetnesses and small lacks of texts). Signed on the lower right on the second sheet: "To Monsieur, Monsieur Federic Barras de Lapenne, Seigneur de Barras et de Thoard de Lapenne [...] by his very humble and obedient servant and nephew Barras de Lapenne, Captain of a Galley of the King, 1696." Bibliography: unpublished.

This large-format unpublished sheet by Jean-Antoine de Barras de Lapenne is an edifying testimony to the importance of the galleys during the reign of Louis XIV. The work is accompanied by a text that consists of a detailed description of this type of ship. The author gives the proportions and the names of all the parts, from the stern to the bow, which structure this kind of boat. In his description of a galley, Barras takes the opportunity to praise the merits of this one, "the whole is so well linked that it composes a body capable of withstanding the biggest storms". He answers several times to the detractors of the galleys, who "imagine that because they are low, long and light, one cannot make them lose sight of the coast and that one would dare to lead them in the open sea" and attests that they "can even sail in the ocean and that they are strong enough to support a heavy weather".

Barras then compares the galleys to other warships, which they used to be able to take and sink easily, but in the previous thirty years, the size and strength of the ships "now much superior" had increased much more than those of the galleys, "But it is certain that if we did for the galleys what we did for the ships and that by increasing their strength we put them in a position to carry larger artillery, they would be today, with respect to the warships, what they did in the past, this design would not be impossible and could be executed as soon as His Majesty orders it. " He indicated that the galleys could also be used for trade, as was the case in the Mediterranean (Genoa, Malta, Sicily...) for the transport of goods (silks, wines, grains...), contrary to what may have been written "because of their weakness and lack of capacity". Barras specifies that the galleys have a very high cost of maintenance, and that "it belongs only to the crowned heads, the sovereign Princes and the [Republics] to have galleys".

Following this, the author gives with precision the various lengths and proportions of an ordinary galley (of twenty-six benches, 144 feet long). This drawing accompanied by its two sheets of text was intended for Fédéric Barras de La Penne (knight of the religion of Saint John of Jerusalem), by his nephew Jean-Antoine Barras de La Penne.

Jean-Antoine Barras de Lapenne, or La Penne (1650-1730), was a naval officer, captain of the Galleys and then first chief of the Galleys from 1719 and commander of the port of Marseille from 1729. He is known for his numerous writings and notes concerning the galleys. He is an essential source for historians seeking to better understand the construction, operation and use of galleys in the modern era.

The Corps des Galères was created at the end of the 15th century by Provençal lords who owned their own galleys and wished to serve the king of France in his wars in Italy. At the head of this federated body, the Captain of the Galleys, sailing on the most beautiful and largest of them, the Reale. At its peak between 1690 and 1700, the Corps des Galères comprised 40 galleys, 12,000 rowers, 3,000 officers and sailors and 4,000 soldiers.

In their 1702 Dictionary of the Navy, Jean Covens and Corneille Mortier defined the Reale as follows: "It is the name of the main galley of an independent kingdom, and not that of a feudal kingdom that is annexed to a larger one. In France, the Reale is intended for the general of the galleys, and the royal standard distinguishes it from the others. This standard is square in shape and red in color, with golden fleurs-de-lis. The Pope's main galley is also called Réale, because of the precedence that all the crowned heads of the Catholic States give to this head of the Church of Rome.

The Kingdoms of Cyprius and Candia, having been possessions of the Republic of Venice, were authorized to call the first of their galleys Reale. The Genoese claimed the same rights because of the Kingdom of Corsica. However, disputes over the rules of salvation between this galley and the captains of Tuscany and Malta prevented it (the Genoese Réale) from setting sail for a long time. The main galleys of the squadrons of Naples, Sicily and Sardinia are each called captain Reale One of the most beautiful Reale known - if not the most beautiful - is that of Louis XIV, built in 1797 and decorated with a rich decor by Pierre Puget. It is known from a drawing by Barras de la Penne in his 1697 manuscript work, La Science des Galères, a large folio volume kept in the Musée de la Marine.

Our unpublished sheet shows great similarities, but also some differences, with this illustration. The status of the boat represented in our drawing raises questions. Barras gives the following title to his work: "General Description of a Galley", but he specifies further in his description: "names of all the parts that can be seen in the profile of the Reale represented above". This sheet could therefore be a premise for the drawing kept in the Musée de la Marine. A more detailed study would undoubtedly allow us to know more. Nevertheless, it is undeniable that this work, unpublished and of great rarity, constitutes an extraordinary manifesto on maritime history at the time of the Sun King. 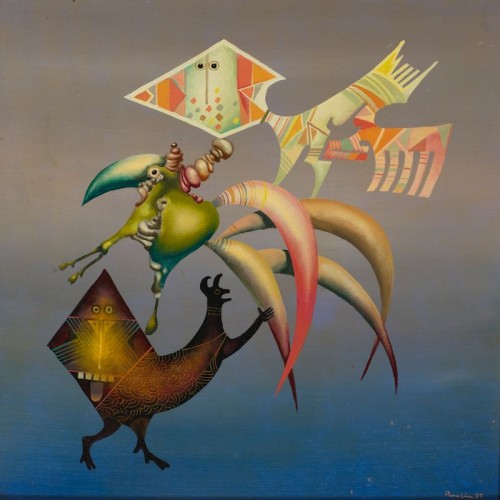 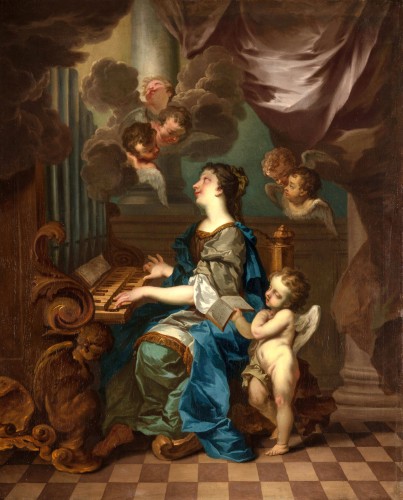 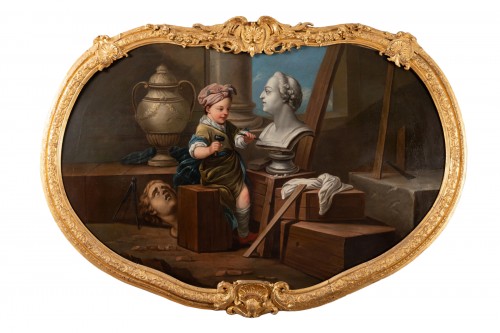