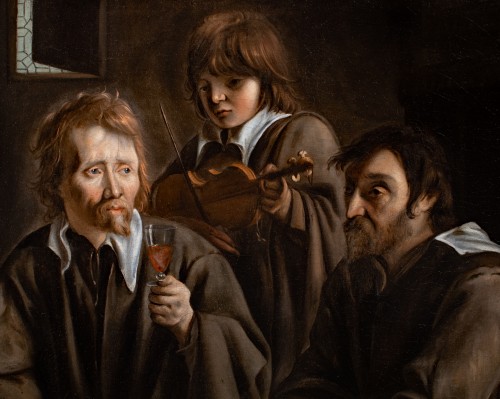 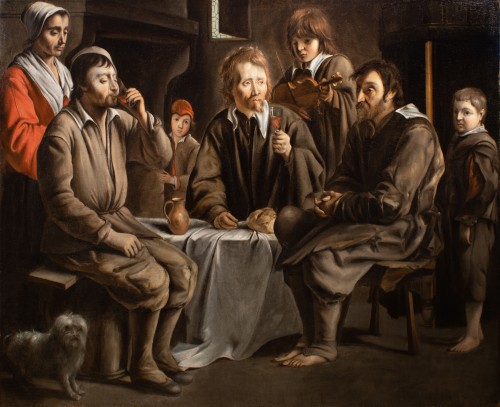 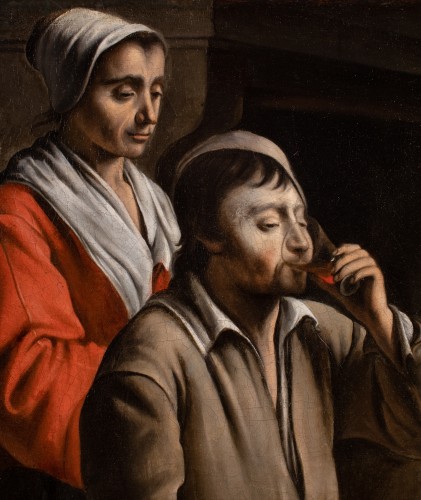 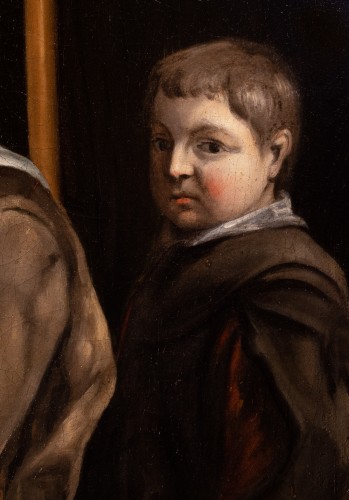 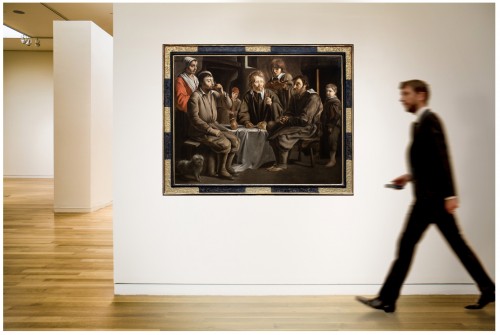 Presented in a beautiful carved wood frame, gilded and in imitation of marble
Dimensions with the frame : 109 x 135 cm

Born in Laon and died in Paris, the Le Nain brothers, Antoine (between 1597 and 1607 ? -1648), Louis (between 1597 and 1607 ? -1648) and Mathieu (around 1607-1677), are three French painters.
In the realist movement of the time of Louis XIII, the work of the Le Nain brothers illustrates the double vocation of an art that was constant in its intellectuality as well as in its passion for truth. In contrast to Italianate or Flemish realism, this genre painting, of an almost banal simplicity, was able to touch contemporaries by its human rather than picturesque side.

We are in the main room, and perhaps the only one, of a peasant's home, the warm room, the one that shelters sleep, cooking, meals, the long winter evenings around the fire, the work too, when the bad weather does not allow to go out. A woman and three children are identifiable.

Numerous concrete details also appear, immediately identifiable: a white tablecloth covers a low table probably made of a wooden board resting on trestles; wine has been served in long tapered glasses; a large loaf of white bread, the bread of the rich, is placed on the table, with its thick crust, which retains the humidity and delays the passage to stale bread

A clay floor; a glazed earthenware pot, but none of those "ringing pewter" objects that the historian knows distinguished, more often than not, the richest; a three-legged stool (on the right); a wooden board (on the left), placed on a barrel; the leather back of a chair, in the background. Also in the background (right) is a bed, whose high columns support a cloth sky.

The participants in this scene belong to clearly differentiated social groups. First of all, a well-to-do man, whose clothes correspond to the style of the time. He has a beautiful and proud appearance and occupies the center of the painting. Is he a city dweller? Notice his white collar, closed. Is this a sign that he is not working? His clothes are quite neat; his hair, beard and mustache are "à la mode" - "à la royale", as they used to say. His son obviously plays the violin (his clothes are identical to those of his father), an instrument that was not uncommon in the countryside, as attested by a number of accounts of peasant festivals... This first group (the father holding his glass and the handle of a knife, his son ready to play the violin) has a certain air of distinction and civility.

Next, a relatively well-to-do peasant occupies the left side of the painting. In contrast to the previous figure, his simple clothes, made of canvas or serge (wool and hemp), are not very torn, except at the knees. He is wearing shoes. His wife is standing behind him, in the background, in an attitude of reserve and discretion. The clothes are simple: a red serge dress, a white blouse with a wide collar, a small white headdress hiding the hair. It is difficult to identify a distinctive garment from a particular region (no headdress or collar, for example): we know that "regional" clothing will appear a century later.

Finally, the figure on the right clearly comes from a very poor social background. His pose is modest, his eyes downcast, his gaze vague, his body compacted by a life of toil and misery. Who could he be? A peasant? A beggar? A foreigner? His feet are bare, his clothes are torn; he adopts a humble, silent, even respectful attitude (his hat is placed on his knees while the character on the left has kept his cap). Is this the hiring (the "renting") of an employee or a worker, for example a ploughman? Why did these three characters end up together? What can unite them? Bring them together?

**Our painting, of which there are several period versions after the model in the Louvre, seems to have been acquired in 1990 in an auction (Christie's) in Monaco, and it is to be compared with another replica of the workshop in the museum of Reims. 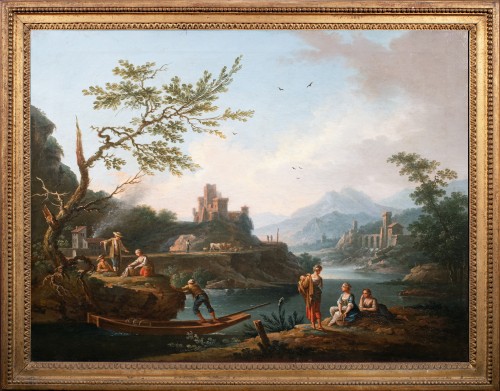 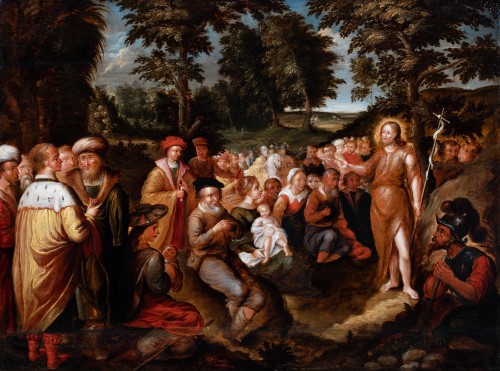 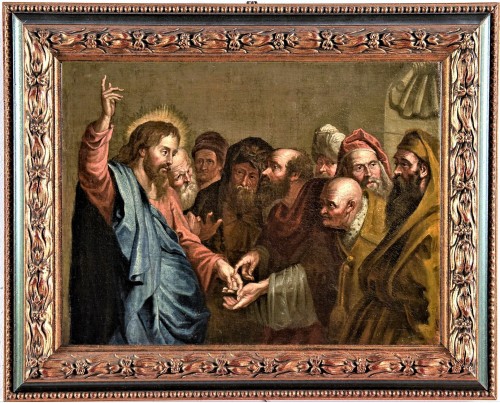 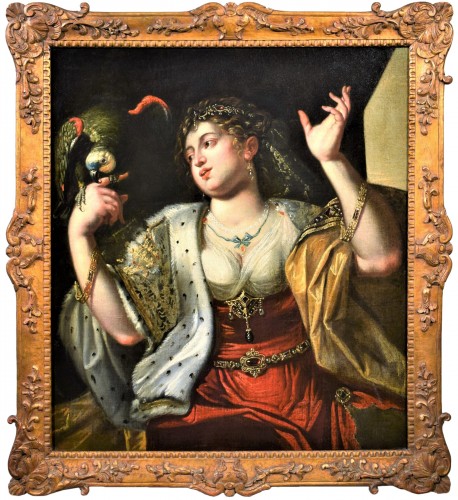