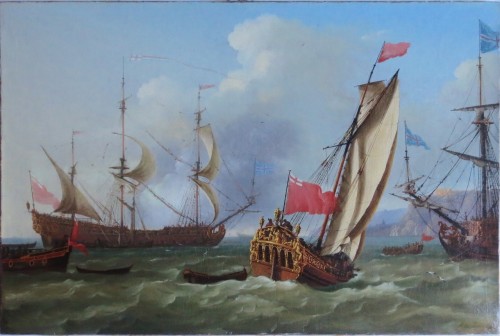 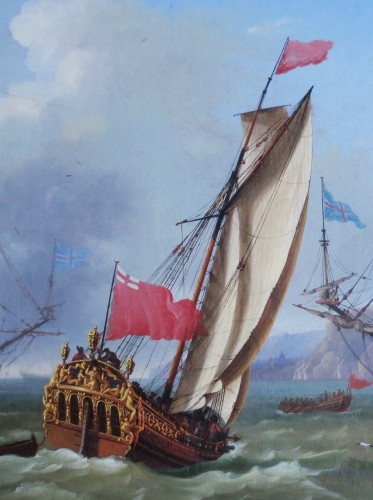 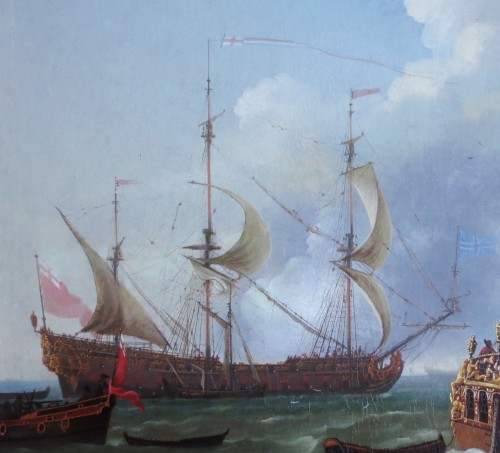 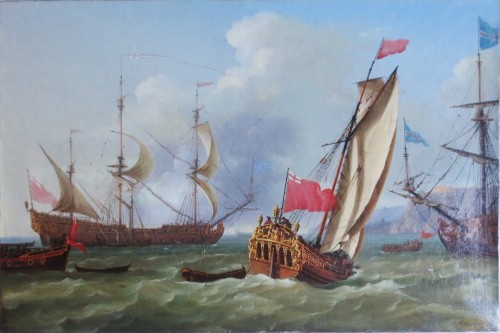 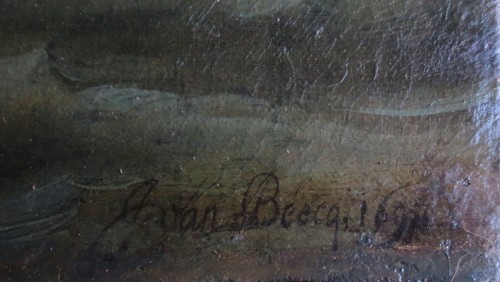 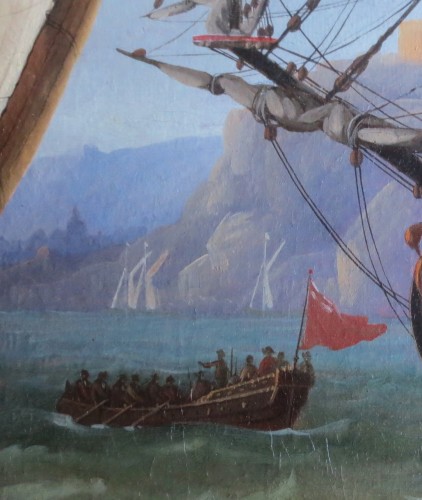 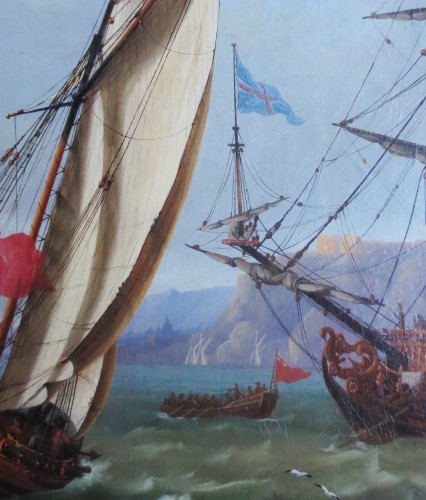 Jan Karel Donatus Van Beeck (or Van Beecq), a marine painter of the Dutch Golden Age, was born in Amsterdam in 1638 and died in the same city in 1722 at the age of 83. Following the invasion of the United Provinces by France, (an invasion that caused the collapse of the art market) he left, as well as many artists, Holland to settle in England where he became a member of the Painter-Stainers Company of London in 1677. In 1681 he received an invitation from the Duke of Vendome to go to Paris and presented a painting to the Royal Academy, of which he became a member on April 26, 1681; he was supported by Charles Lebrun, who was one of the founders and patrons of the Academy. In France he worked for the king and painted several pictures for his residence in Marly. He was expelled from the Academy in 1694 which deprived him of the prestigious title of painter to the king, but he was readmitted 3 years later. He lived in France until 1714.
Like his contemporaries Willem Van de Velde and Ludolf Bakhuyzen, Jan Karel Donatus Van Beeck painted mainly seascapes, depicting warships and merchant ships at sea and busy harbors lined with buildings of classical architecture. Although his reputation today is lesser, he has not lost his reputation and his works of excellent quality seem to us to be of equal interest to those of his illustrious contemporaries.
The oil on canvas that we propose is a perfect demonstration of his art, on a slightly stormy sea the artist has painted, on a cloudy sky background, warships flying the English flag. One of the ships is in profile, it is a three-masted ship with sails inflated by the wind, many sailors are on deck, the gun ports are open and let the cannons appear.
A smaller boat is in the center of the composition, it is the main element, its large auric sails, its castle magnificently sculpted with golden characters, take all the light and attract the glance in an irrepressible way, it presents us with its stern from three quarters, provided with two masts its rigging seems to be that of a schooner and its deck is occupied by sailors at the maneuver. On the right appears the prow of a building with sails set on the yards, some boats are at sea and we can guess on the horizon some distant boats, we are near a rocky and steep coast, dominated by some buildings. We are immersed in the 17th century, and we are surprised to dream of the exploits of its privateers who, like Jan Bart, became masters of the oceans after heroic battles.
Signed lower right Van Beecq and dated 1691.
The canvas required the installation of a piece on the reverse.
The modern frame is of Dutch style in imitation of tortoiseshell, it measures 78 cm high by 110 cm long.
Dimensions canvas: height 65 cm, width 98 cm. 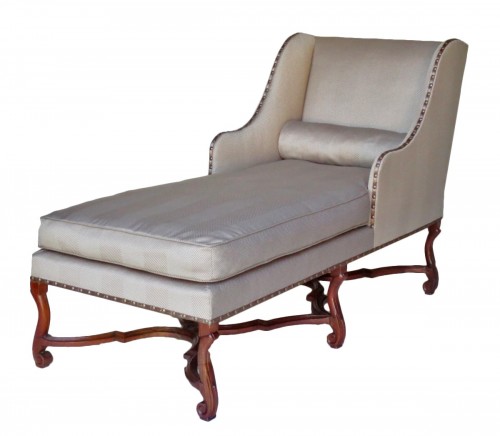 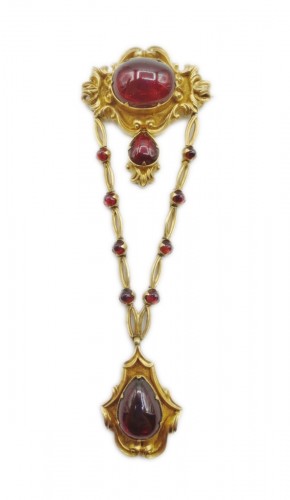 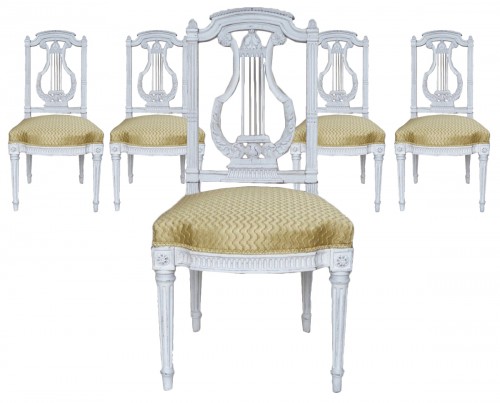