Plate in earthenware DELFT, with decoration said "DELFT Gilded", circular form, in orange and green polychromy with gold highlights. In the center of the basin, an elegant flowered vase decorated with another small vase also flowered and a bird connected, in an orange medallion. On the wing, acanthus leaves interspersed with leafy reserves with gold scrolls. On the reverse and on the wing, six equidistant leafy stems.
Period: First half of the 18th century.
Mark WK in red on the reverse, for WILLEM KOOL, owner of " De Porcelyne Fles ".
Good general condition, small chips and scratches on the edge of the wing, no restoration. 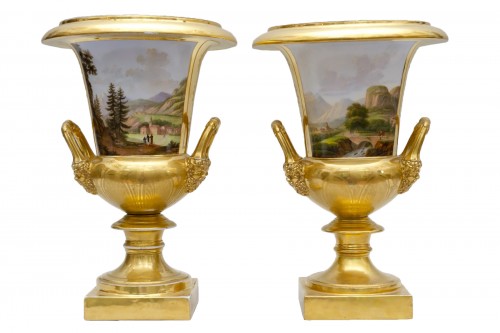 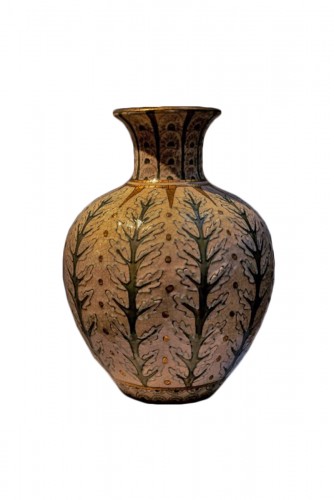 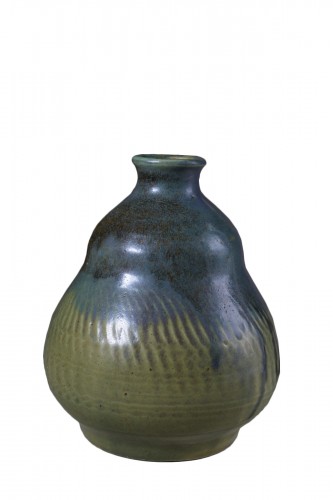 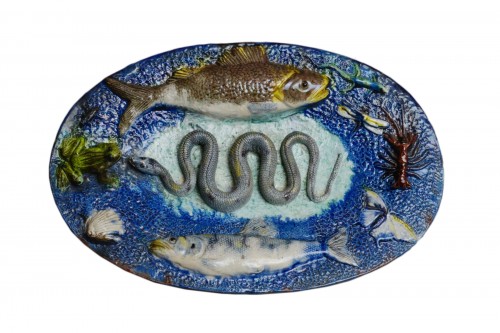