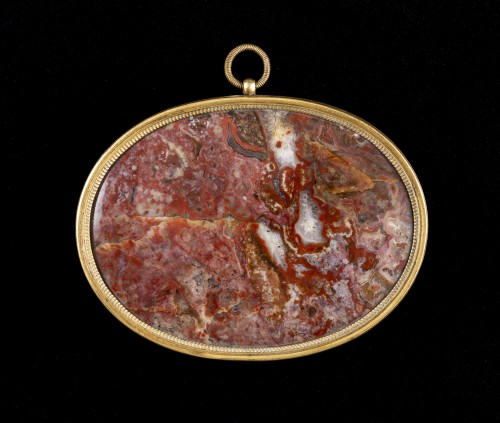 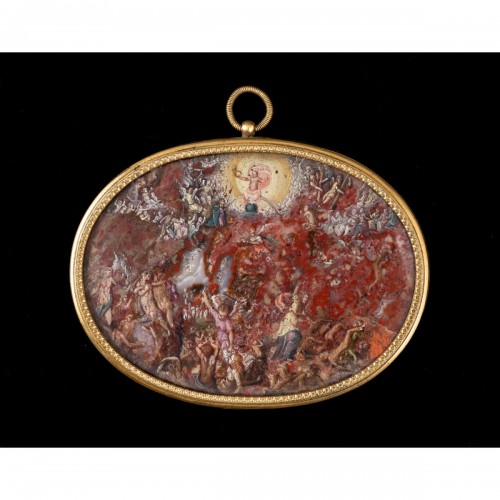 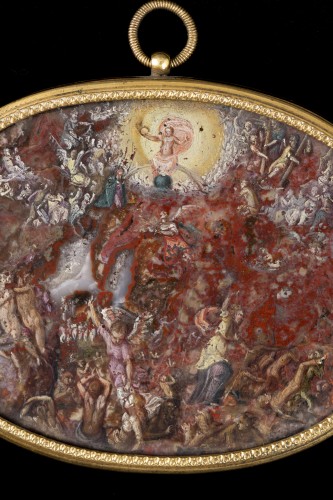 If the bringing up to date of painting on slate is to be attributed to the famous Venetian painter Sébastiano del Piombo (1485-1547), that of imaged stones such as our agate is more in line with a movement of renewed interest in the years 1580 for the collection of hard stones. Indeed, drawing on the classical tradition and driven by the development of a sensitivity to the products of the natural world, the pictorial potential of stones at that time aroused the enthusiasm of collectors, painters and stone engravers. The latter, like the elders, have fun guessing images in their asperities, the irregularities of the material sometimes suggesting the outlines of an animal, sometimes that of an identified landscape. Like them, they then call them pietre figurate or figured stones. In the wake of this popular pastime, artists set about enhancing the colors and veins of polychrome marble, alabaster, lapis lazuli, jasper, agate and other stones, using traditional oil painting techniques. Fascinated by the hidden decorative potential of these materials, they applied themselves to revealing it and creating precious objects. Between mineral curiosity and work, they develop this form of art which will be very successful in the second half of the 16th and throughout the 17th century. [...] In certain cases, the formation of the stone offers the artist a background perfectly suited to their story. This is the case in a naval battle scene from the story of Jonah and the Whale, painted around 1620 by Filippo Napoletano on a stone whose veins recall the waves1; but also on our work, where the infinite nuances of the purple and brown veins of our agate echo the incandescent brazier where the damned are precipitated in its lower part. In an unequaled symbiosis of subject and material, it is also possible to contemplate Dante and Virgil in the Underworld under the brush of Francesco Ligozzi2, or even Perseus rescuing Andromeda, on a lapis painted by the Cavalier d'Arpino around 1593. At this At the time, the main workshops specializing in this type of work were located in Florence and Rome, cities which competed for the favors of artists such as Filippo Napoletano, mentioned above, who would definitely return to work at the court of Florence for Grand Duke Cosmo II around 1618. It was probably in this same city, where commissions from the Medici court never dried up, that our Last Judgment, with its virtuoso polish, would have been produced, in the first decades of the 17th century, by an artist virtuoso miniaturist, experienced in the art of glyptics. 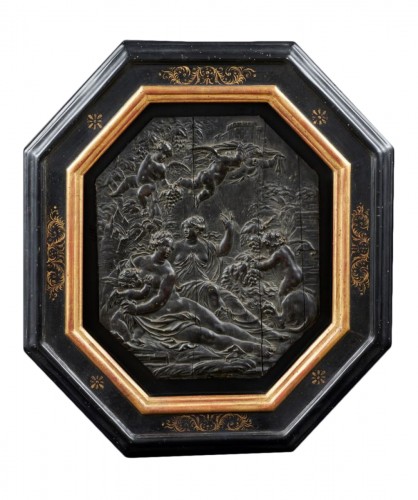 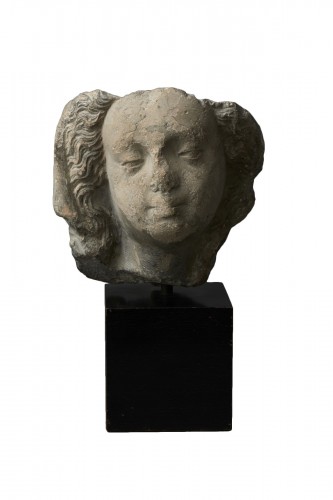 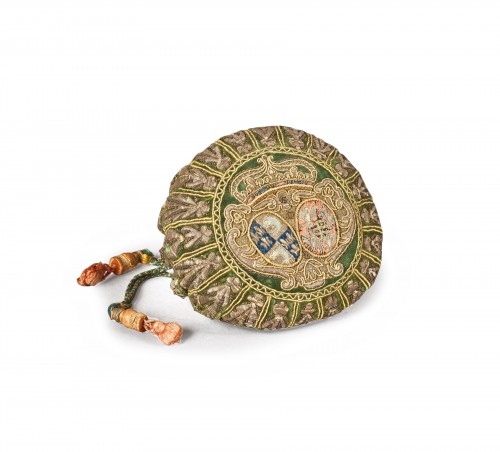 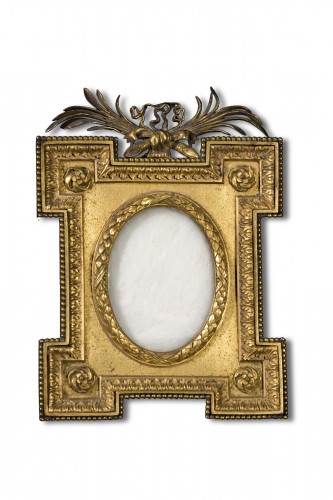 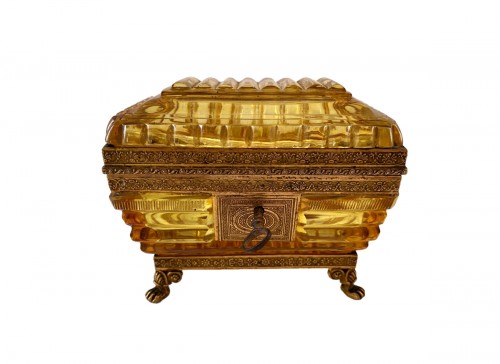