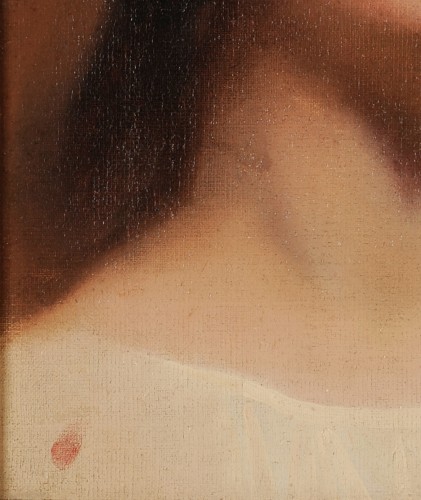 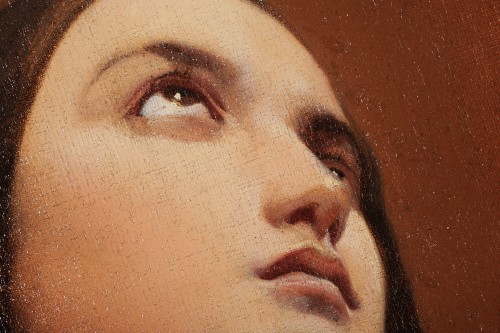 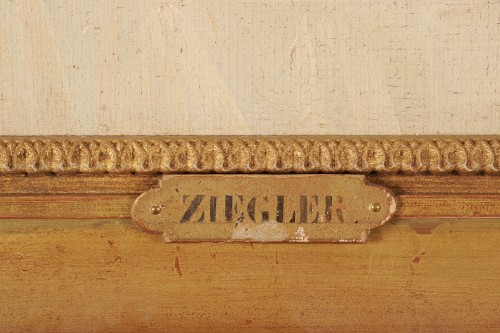 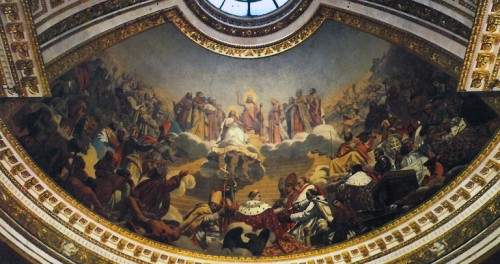 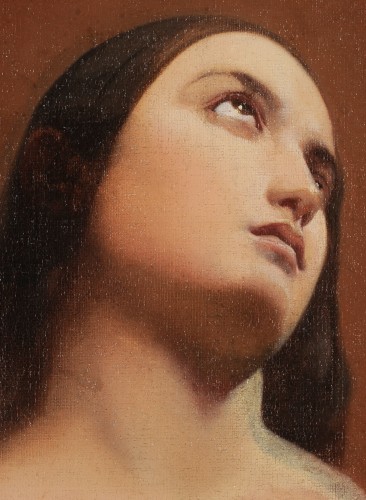 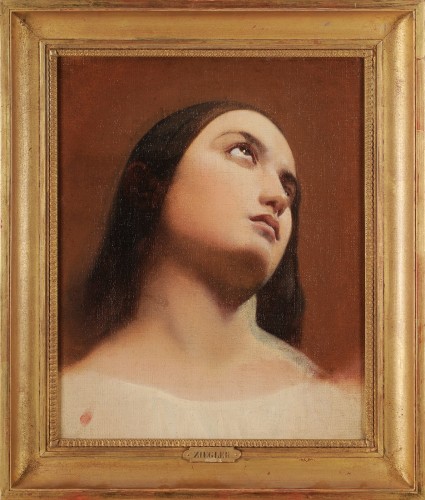 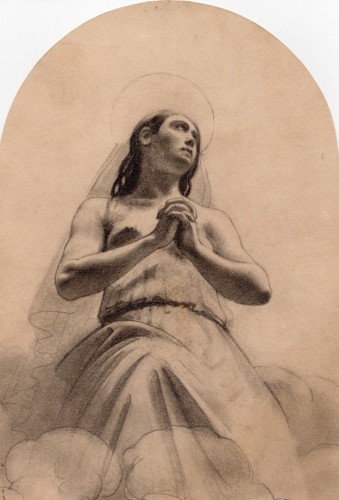 The church of the Madeleine, located in front of the Palais Bourbon in Paris, saw its first stones laid in 1763. The construction work lasted almost eighty-five years due to the political upheavals of the end of the 18th century and the beginning of the following century. The plans and the use of the site were changed many times. Originally intended to be a church, Napoleon wanted to transform it into a temple to the glory of the French armies, then Louis XVIII into a chapel of expiation in memory of Louis XVI. The project changed again after the Revolution of 1830. Louis-Philippe, son of a regicide, could not keep this destination and after having considered transforming it into a railway station, confirmed its consecration as a church. Delaroche was first entrusted with all the decorations in 1834. However, at the insistence of Ziegler, Ingres' enthusiastic pupil, Thiers withdrew part of the commission from Delaroche. Delaroche, who had gone to Italy to study the art of fresco, learned of the news during his trip. Ziegler, who had returned from Germany, had been influenced by Cornelius and the Nazarenes. He proposed a history of Christianity for the apse, instead of the Assumption of Mary Magdalene planned by Delaroche, which appealed to the new government.

The central figure of Christ, inspired by Raphael's Dispute of the Blessed Sacrament, presides over the history of Christianity. At his feet on the left, atop a human pyramid, is Mary Magdalene, kneeling on a cloud supported by three angels. Our purely sketchy painting shows Mary Magdalene's face alone, her head raised to the right in the direction of Christ. Ziegler spent almost three years working on this huge painting, which was unveiled to the public on September 29, 1838. 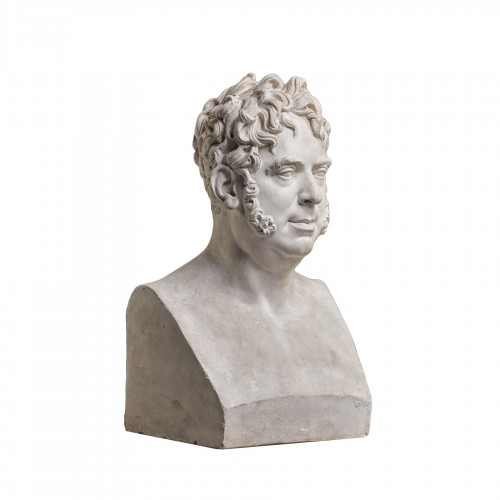 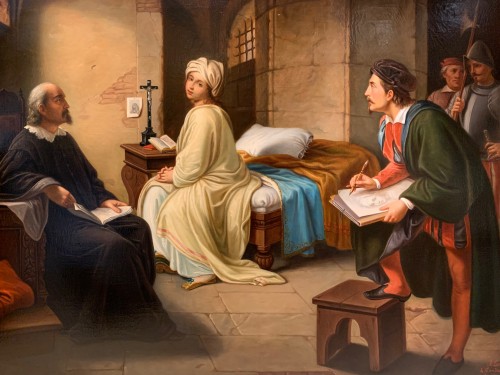 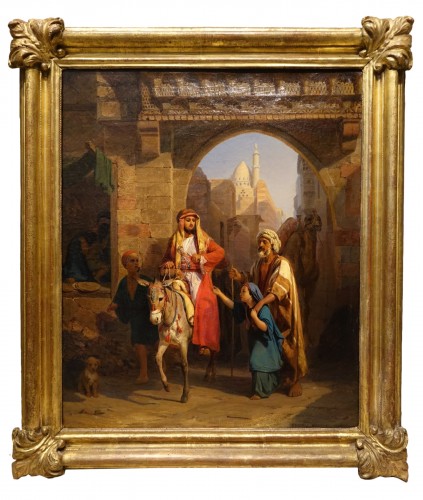