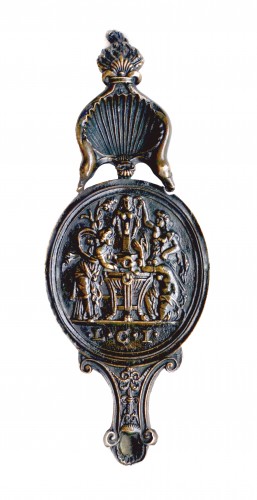 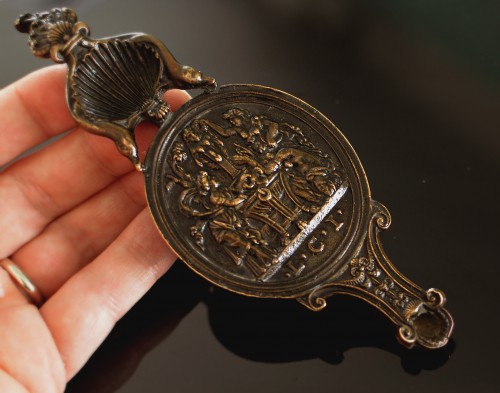 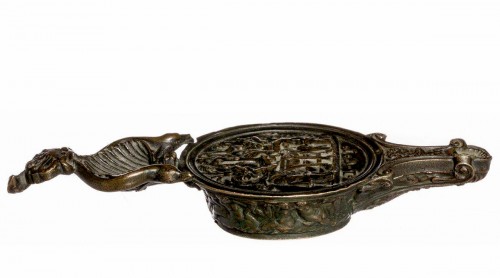 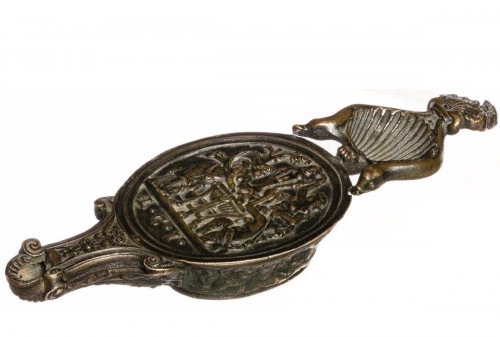 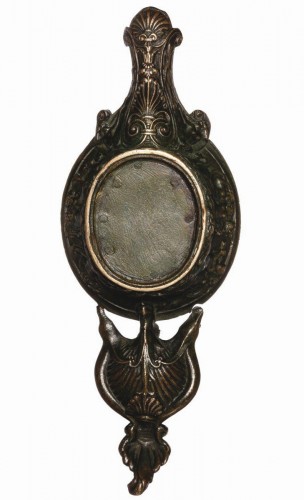 A 19th century cast after a Renaissance period bronze oil lamp based on Classical prototypes.

The present oil lamp faithfully reproduces an earlier original attributed to the Roman-Mantuan bronze sculptor and medal-maker, Cristoforo Geremia. The lamp’s lid, with a scene depicting the “Sacrifice of Priapus” is known by independent examples in the form of a bronze plaquette in various public and private collections (references available upon request).

The perimeter of the lamp features scenes of Centaurs and Naiads while the handle and spout are formed by elegant scrollwork, shells, palmettes and volutes. The overall result is a sumptuous decorative narrative transforming what would be an ordinary functional object into a treasured work-of-art. 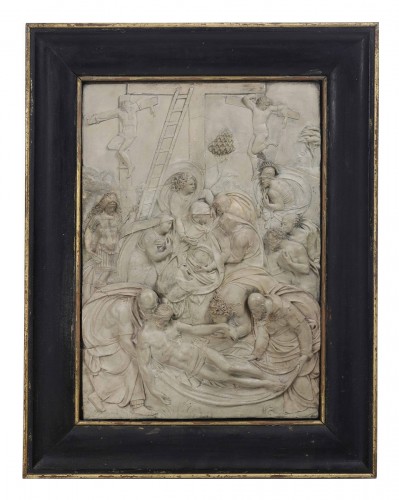 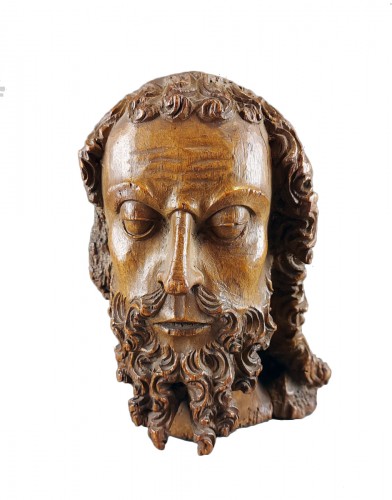 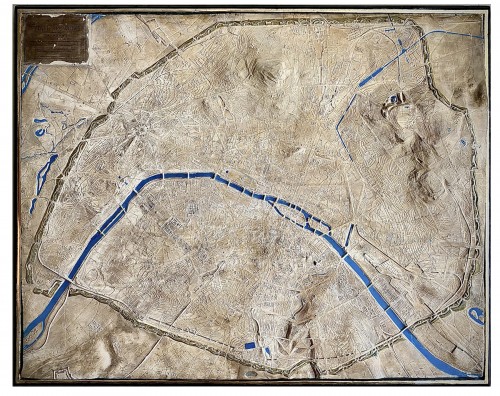 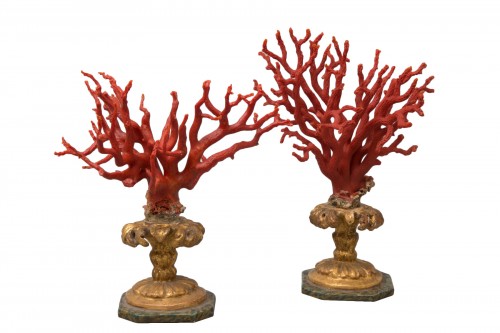 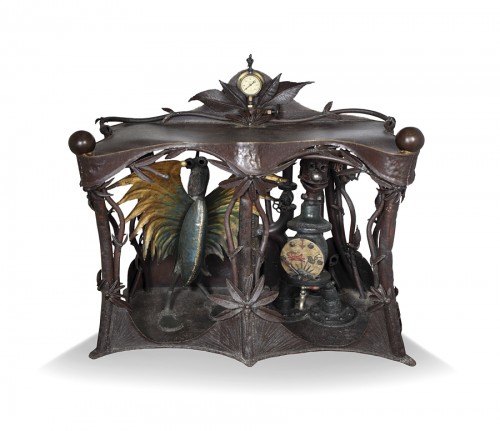 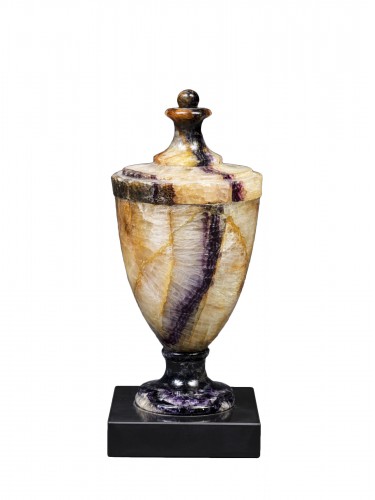 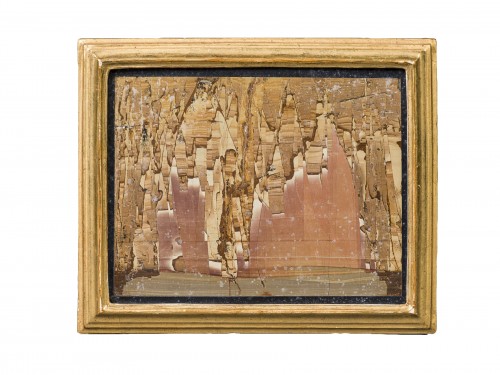