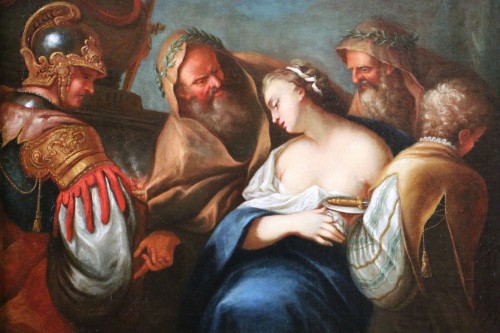 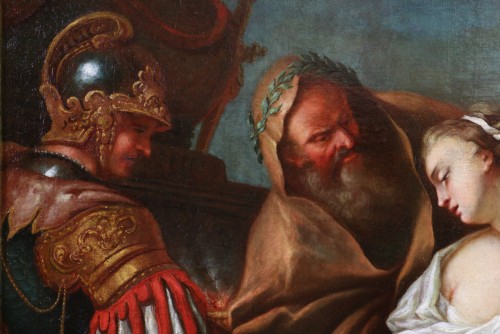 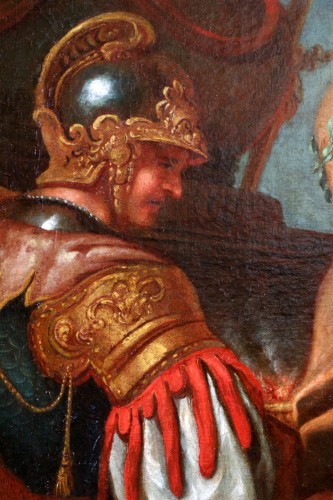 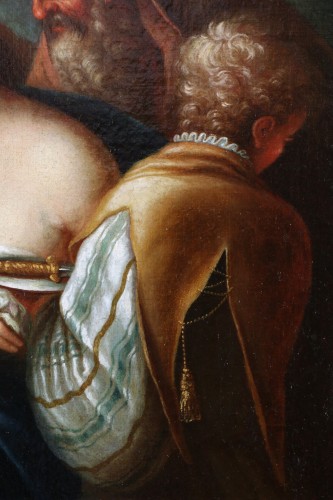 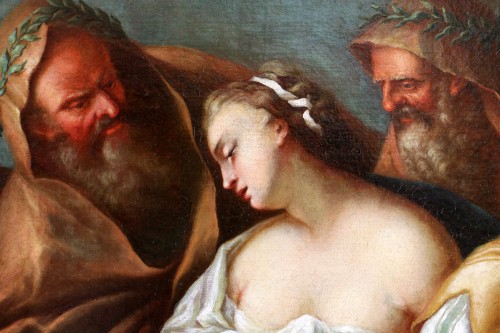 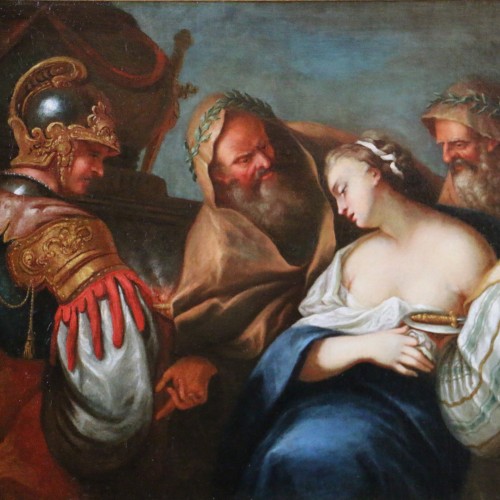 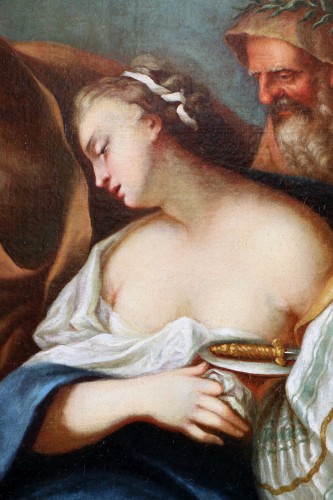 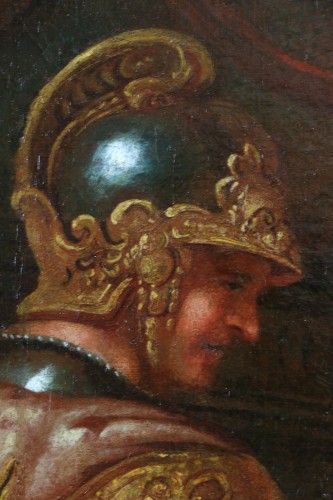 This very beautiful painting seems to be the representation of Lucretia surrounded in particular by her husband and her father, just before commit his act. We can compare this painting to the hand of Carle Johannes Both, (1632, 1698) painter of Bavarian origin who lived and worked for many years in Venice

The suicide of Lucretius

After being raped by Prince Sextus Tarquin, one of the sons of king Tarquin the superb, Lucrère asks her husband and her father to come to her Spurius Lucretius Tricipitinus, father of Lucretius, accompanied by Publius Valerius, and Junius Brutus, her husband arrived together. They found Lucretius sitting in her bedroom, overcome with grief. She began to cry when she saw her family arriving. Her husband asked her if she was ill: “Yes,” she replied; how can a woman who has lost her honor be well? A man (…) soiled your diaper; they have done me violence, but my heart has remained pure: my death will furnish the proof of it. Take my hand and swear to punish my dishonour. Sextus Tarquin did violence to me; he came last night with a weapon, not as a guest but as an enemy and he left after having taken a pleasure from which I die and from which he will also die if you are men”. They all promised, one after another. They sought to appease his torment, asserting that the culprit was not the victim but the author of the attack; it was the intention and not the act that constituted the fault. “Fix yourselves the price he must pay; for me, although innocent, I do not consider myself free from death. Never will a woman take advantage of the example of Lucretius to survive her dishonour. She plunged a knife that she kept hidden under her garment into her heart and fell from the blow, dying. Her husband and father gave a loud cry. 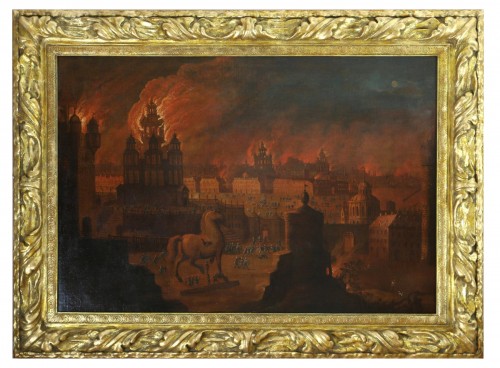