Urbino majolica dish with “a istoriato” decoration - Circa 1550 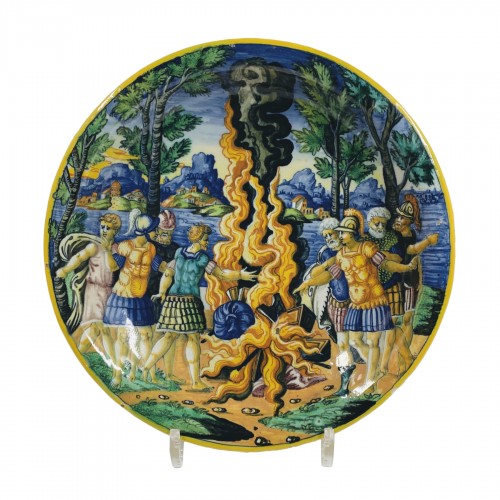 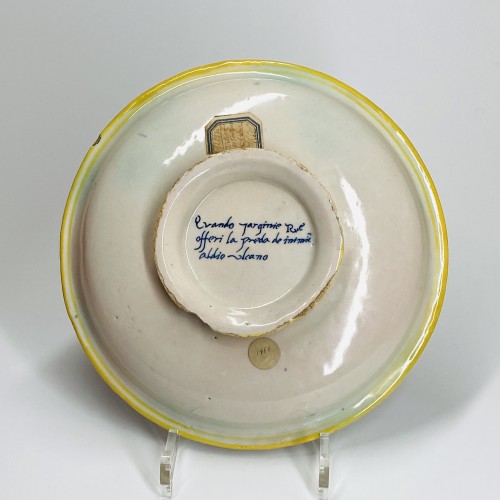 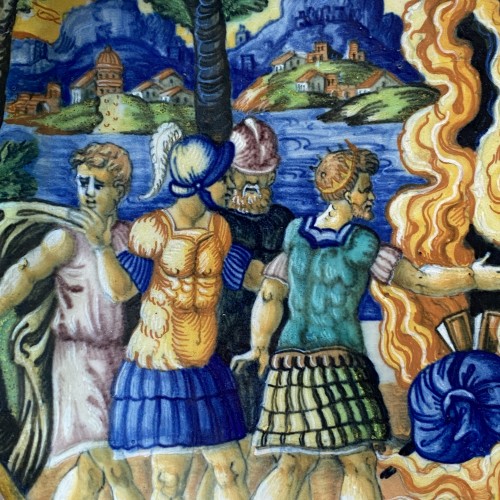 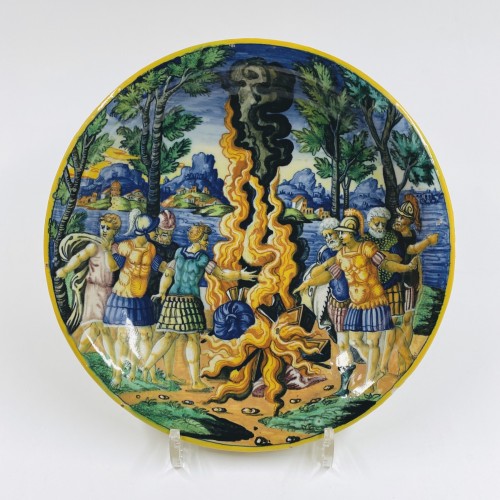 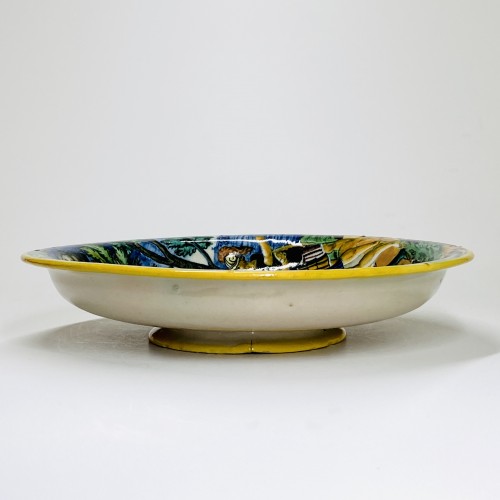 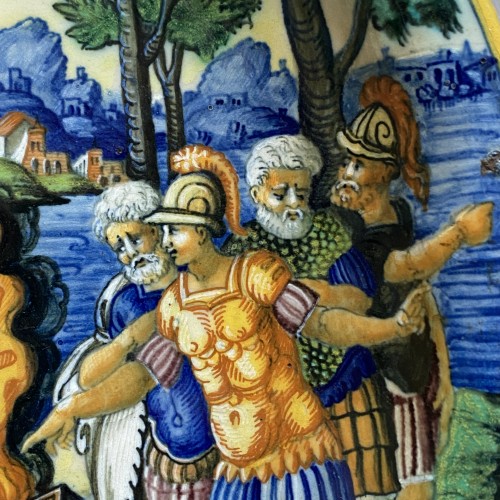 Cup on pedestal in majolica from Urbino with full polychrome istoriato decoration depicting a scene from the history of Rome.
This is an episode described by Tito Livio, (LIVIO, I-XXXVII). when King Tarquinio Priscus during the Second Sabine War offers Vulcan the remains of the enemy.
It was customary after a warlike episode to divide the booty into three parts, one part for the military, one for the people and the last was burned in honor of the Gods.
Inscription on the reverse that can be translated as: "When Tarquinio offers the prey of hostilities to the god Vulcan"
State of conservation: a small piece glued on the edge of 4cm. (details and photos before restoration on request)
Sixteenth century - Around 1550.
Diameter: 26.5cm 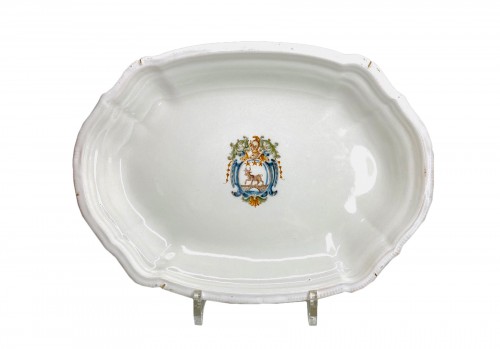 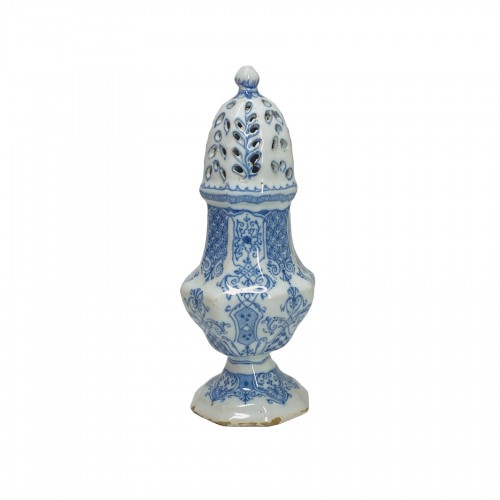 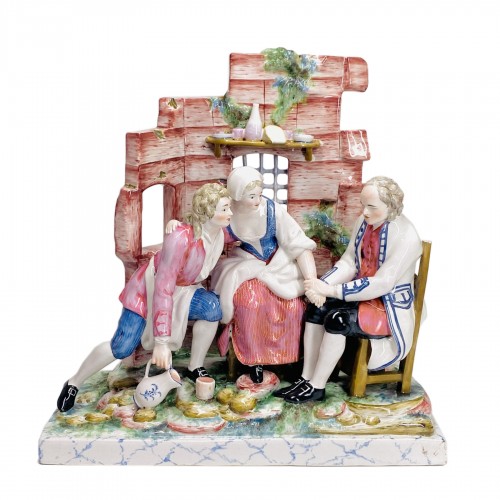 Niderviller group "The deceived blind man" after the painting by J.B Greuze 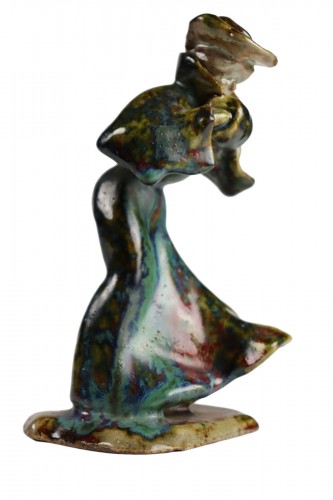 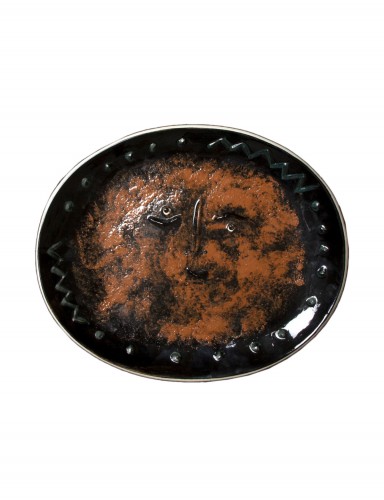 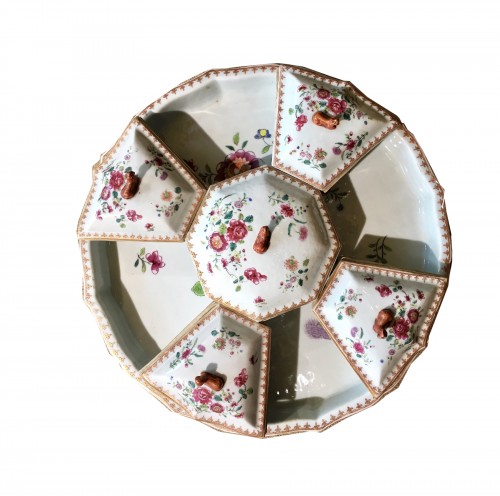 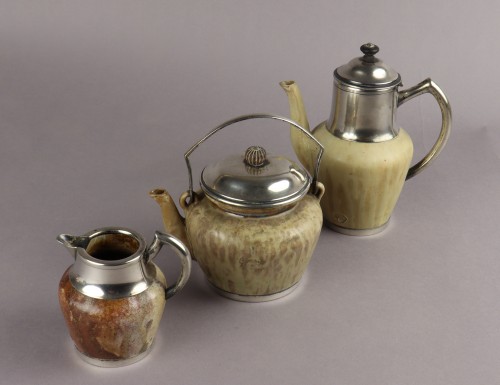 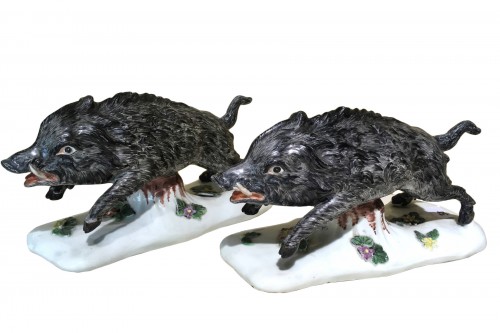 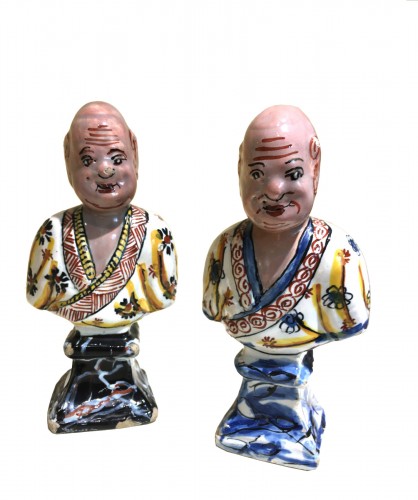