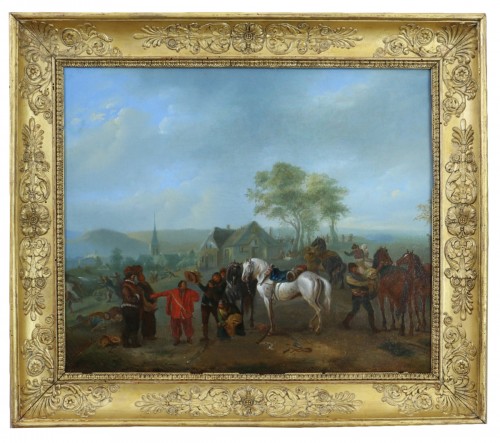 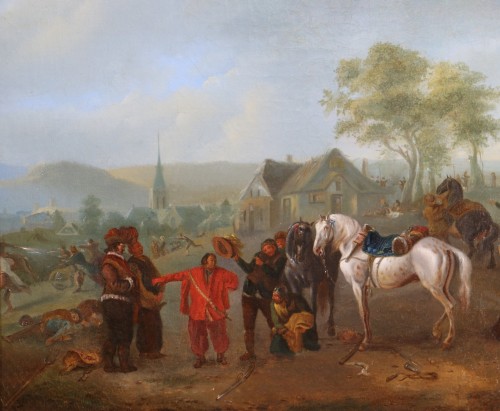 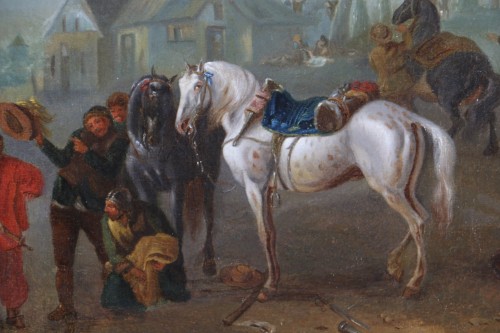 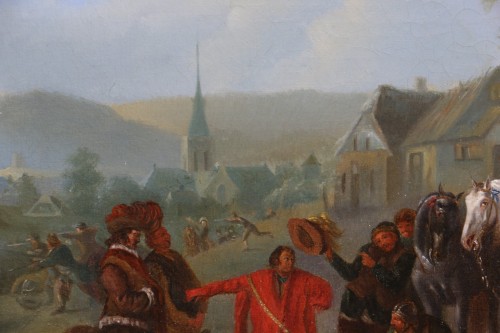 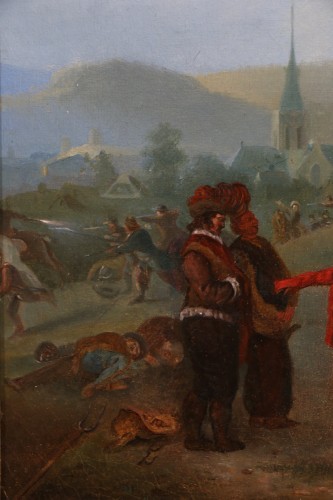 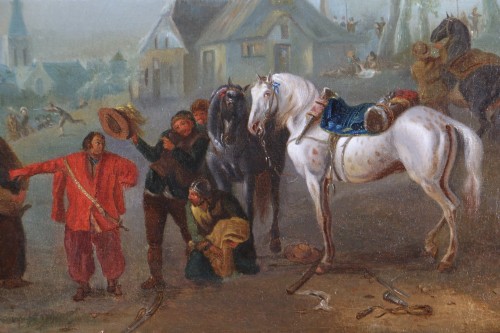 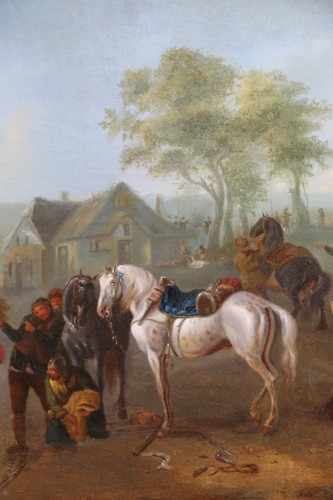 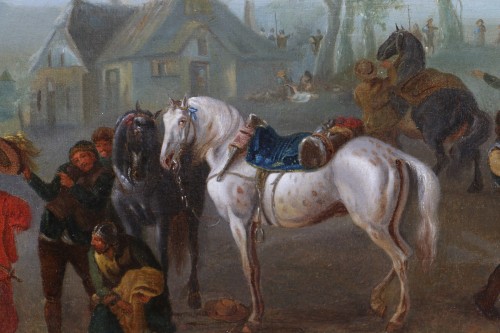 This beautiful painting that could be attributed to Huchtenburg without the presence of these traces of signature is in any case the work of a painter of his close entourage, perhaps a student. The artist offers us a battle scene in the background and in the foreground a halt of soldiers. Some of them have fun watching a character dress in a garment that is way too big for him. In the center of the scene, this beautiful white horse that we find on several paintings by Jan van Huchtenburg without forgetting this blue sky so characteristic of his paintings. Note the presence of a “Woumerman” label stuck on the frame

Orphaned at a very young age, Jan van Huchtenburg was tutored by Hendrick Mommes, his future father-in-law. He later studied in the studio of Thomas Wyck and joined his brother Jacob in Rome who was with the painter Nicolas Berchem. This study trip to Italy gave him a taste for the landscape that would endure throughout his work. With his brother, he finally settled in January 1667 in Paris, to work with the painter van der Meulen at the Gobelins manafacture and thus deepen his training. He returned to Haarlem in 1670 and became a member of the local guild of Saint Luke. He paints there and owns a paint shop there, as well as in The Hague. In the years 1708 to 1717, he accompanied Prince Eugene of Savoy Carignan, Austrian genealfeldmarschall during his campaigns and painted many battle scenes on this occasion. Most of his paintings are now in the Sabauda Gallery in Turin. Jan van Huchtenburgh then joined the court of Prince Elector of the Palatinate Jean Guillaume de Neubourg Wittelsbach where he acquired great prestige. Later, he lived very regularly in The Hague and died in 1733 in Amsterdam. His style is close to those of Philips Wouwerman and Van der Meulen. He paints horses, battle scenes and characters from Gerrit Berckheyde's paintings. He had several students including Alexandervan Gaelen, Dirk Maas, IzaakVogelensanck...