An elegant, perfectly symmetrical, headless sculpture carved in dark grey stone, depicting an upright Buddha who, by comparison, would probably appear barefoot on a lotus-shaped pedestal.

The Northern Qi dynasty was one of the dynasties of Northern China, ruling these regions from 549 to 577.

Characteristic of this dynasty are the sculptural productions of Buddha and various Bodhisattvas, carved in various types of stone and noted for their elegance of form and high artistic quality.

Their sculptural art, markedly unique for its early depictions of the Buddha, tends towards smaller, columnar sculptures. These are characterised by a strong cosmopolitanism that reflects the intense exchanges with Western Asia, equally visible in the metalwork and relief sculptures across China during this period. Cosmopolitanism was thus already underway during the Northern Qi period in the 6th century, even before the arrival of the Tang dynasty, and is often associated with Buddhism. 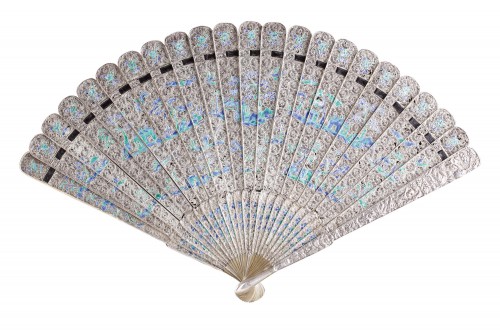 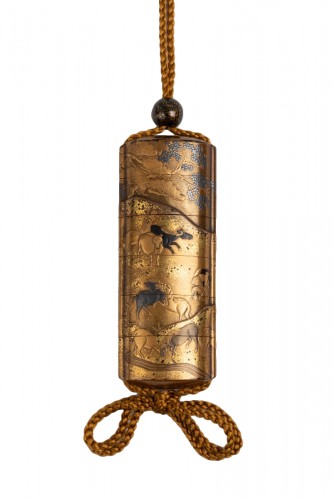 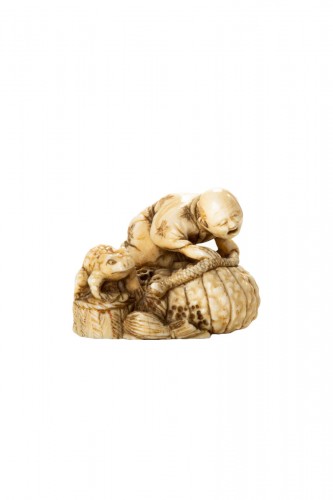 A Japanese peasant with snake 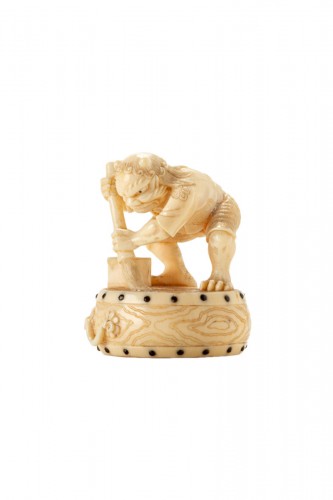 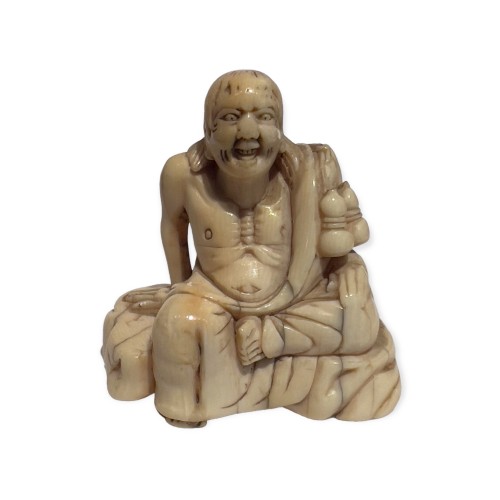 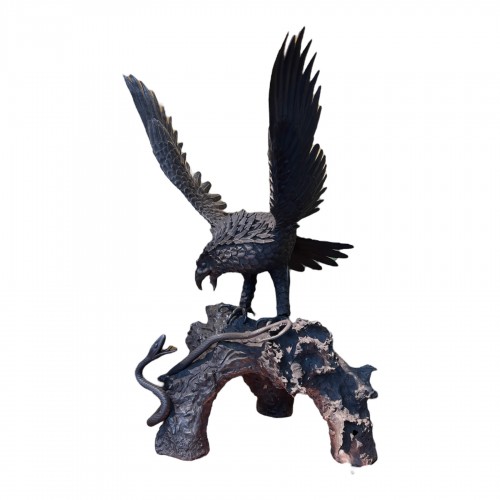