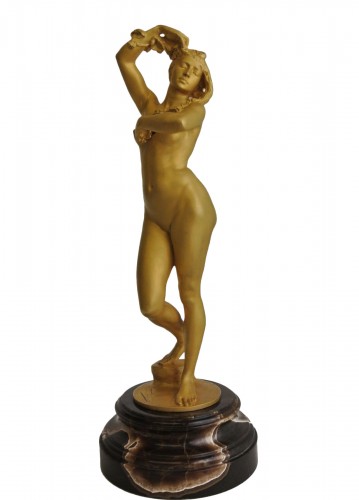 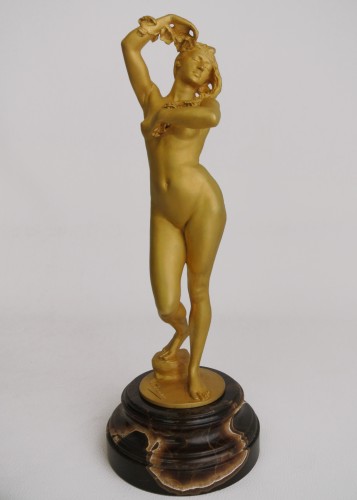 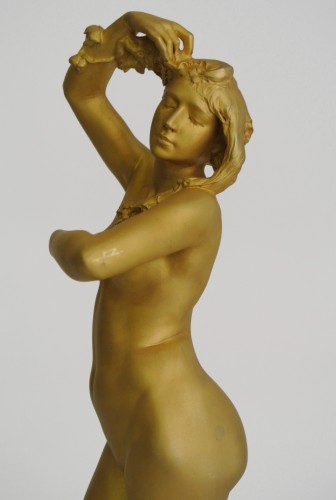 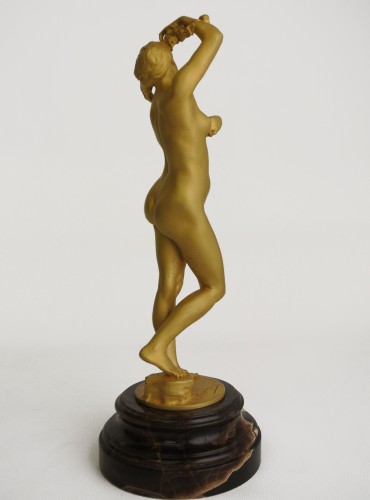 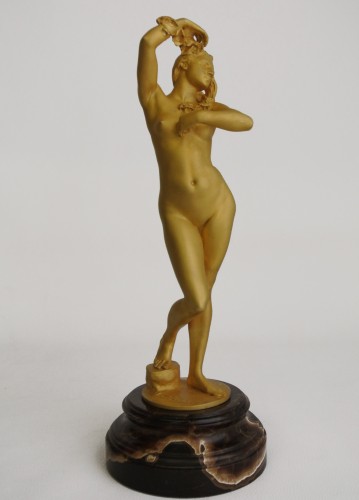 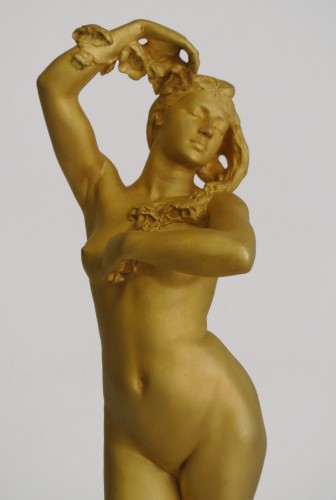 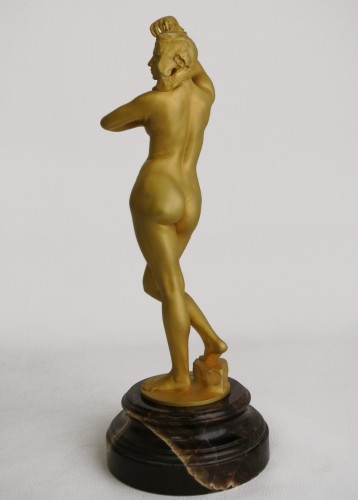 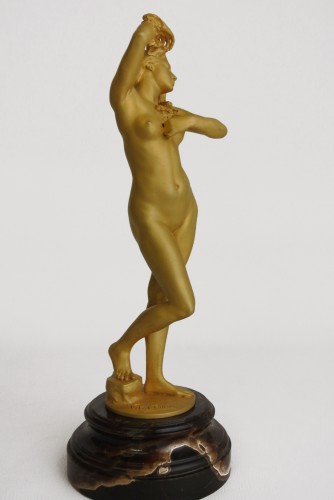 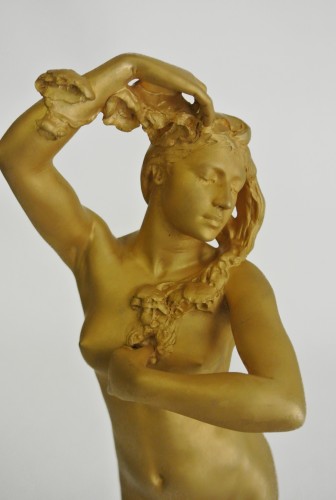 The original marble that served as a model for this statuette was exhibited at the Salon des Artistes Français in 1893 and at the Universal Exhibition in Paris in 1900, its style is very marked by the Art-Nouveau movement with in particular the garland of poppy flowers wrapped around the young woman. This gilded bronze, "1st edition event" (as specified on the base) and bearing the stamp of the founder Susse frères in Paris benefits from a high quality of production. The base with a height of 5.5 cm and a diameter of 13 cm is made of veined brown onyx with golden tones is not included in the height indicated. Very nice general, traces of restorations on the base.
Charles Vital Cornu is a French sculptor born in Paris (1851/1927). He began his training at the Ecole des Beaux-Arts in Paris where he received a 1st class gold medal; His first works were presented at the Salon of 1876, and many distinctions followed; He was named president of the Union of French Artists and knight of the Legion of Honor. 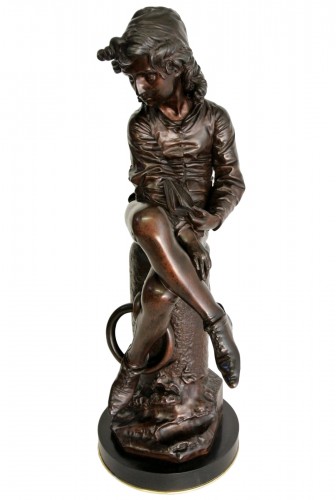 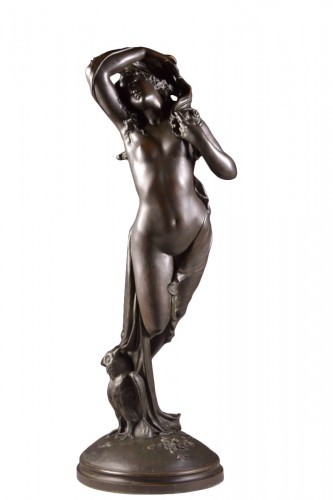 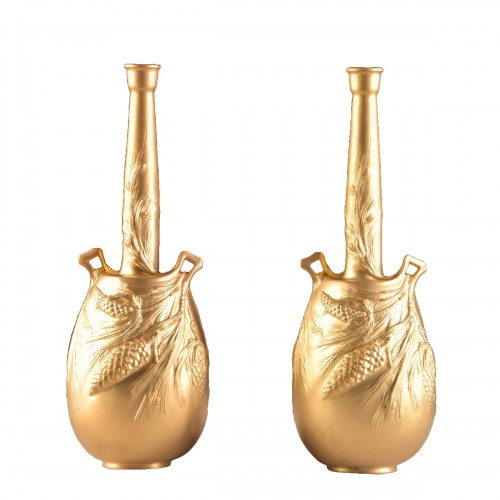