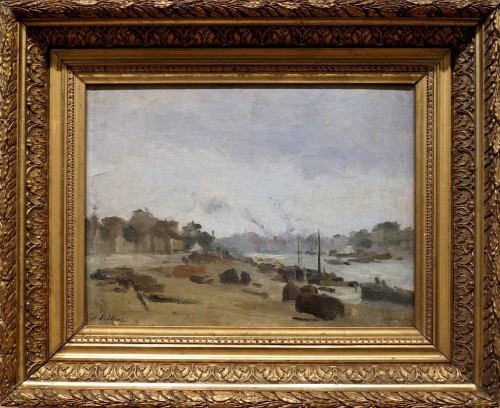 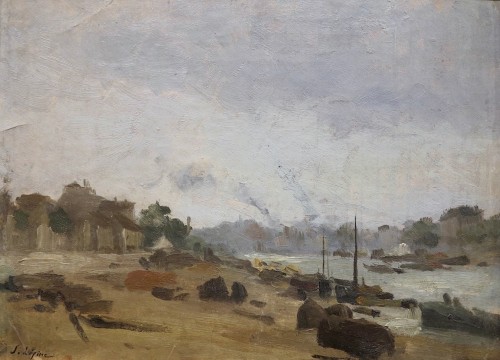 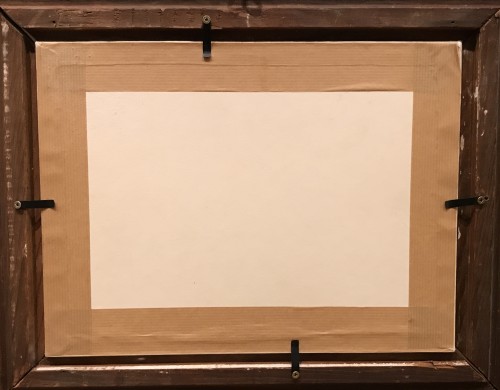 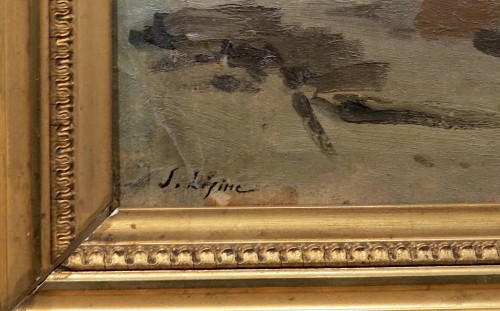 Banks of the Seine

Stanislas Lépine was a landscape artist whose work focused on painting almost exclusively the valley of the Seine between the quays of Paris and Normandy. He remained little known during his lifetime, leading a modest life and working in isolation, far removed from any artistic group life of his time. He was financially supported by Fantin-Latour and various collectors such as Count Armand Doria and Ricada.

Today he is internationally recognized for his paintings admirably illustrating, within narrow limits, a certain tradition of the French naturalistic landscape of the 19th century. Often in delicate gray tones, where all human life is excluded but from which he was able to realistically transcribe the beautiful quality of light of the panoramas described, his paintings are now present in the largest museum institutions.

We don't know anything about Lépine's childhood in Caen. We find traces of the artist in 1855 in Paris, where he is barely twenty years old. He then settled in Montmartre and spent his entire life there. On June 22, 1861, he married a former childhood friend Marie-Odile Émilie Dodin. Between 1860 and 1875, Lépine attended Corot's studio and copied some of his paintings.

Lépine exhibited regularly at the Salon from 1859 to 1880 then at the Salon of French Artists from 1881 to 1889. He also participated in 1874 in the first exhibition of Impressionist painters.