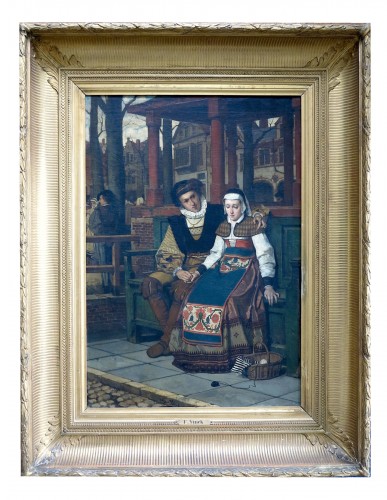 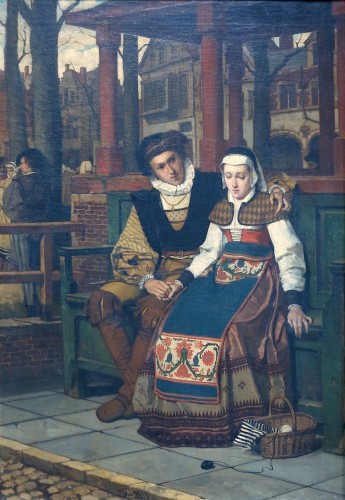 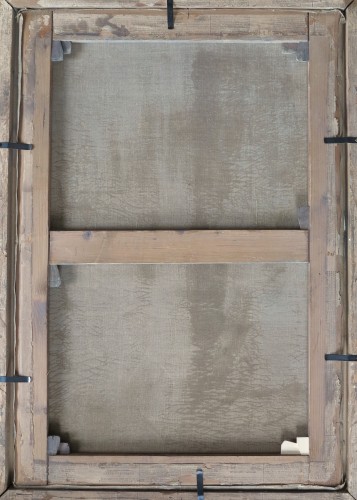 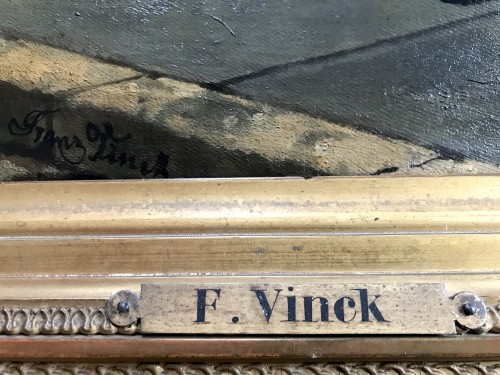 Pupil of Edward Dujardin (1817-1889) and Joseph Dyckmans (1811-1888) at the Academy of Fine Arts in Antwerp, then of Baron Henri Leys (1815-1869), Vinck made his debut at the Salon d'Anvers in 1846 with a painting that will then be exhibited in the United States in Philadelphia.
He then left for Paris accompanied by a fellow artist and copied the masters of the Louvre there.
Back in Antwerp in 1852, he took part in the Prix de Rome and was then beaten by Ferdinand Pauwels (1830-1904). However, Vinck was still able to accompany Pauwels to Italy thanks to his father's employer who offered him the trip. On the road to Rome, the artist took the opportunity to stay some time in Paris where he was able to meet, among others, the Belgian romantic painter Gustaf Wappers (1803-1874) who had just resigned from his post as director of the Académie d 'Antwerp.
After nine months spent in Paris, Vinck then decided to take the direction of Rome. Shortly after his arrival, he sent a painting to Antwerp which was met with great success by the critics, which earned him financial assistance from the Belgian government.
Back in Antwerp in 1856, Vinck was invited by the painter Florent Mols-Brialmont (1811-1896) to join him on a trip to the Middle East. He then spent the year traveling to Egypt and Palestine.
After his marriage in 1859, our painter moved to Brussels. Failing to achieve the desired success in the Belgian capital, Vinck returned to Antwerp in 1866 and set to work with Baron Henri Leys, who then enjoyed an international reputation. Under the influence of the master, he began to focus more on historical paintings to the detriment of religious painting. He then made several shipments to the Salons in Paris between 1869 and 1874.
Vinck then became a professor at the Academy of Fine Arts in Antwerp from 1885.

Medalist in Brussels, Vienna, London, Philadelphia, Lyon, Dunkirk, Vinck was made a Knight of the Order of Leopold.

Known above all for his religious and historical paintings, Vinck was strongly influenced by his masters Dyckmans and Leys. Like them, he took as a source of inspiration the 17th century, which he transcribed in painting in a meticulous and colorful style through genre scenes or historical events from Belgian national history.