Large clock in gilded and patinated bronze on a green marble base.
A female figure holding a book in her right hand is leaning against the terminal that contains the movement.
Period movement.
The dial is marked "GALLE RUE VIVIENNE A PARIS".
Galle father and son from 1759 to 1846.
Claude Galle received Master in 1786.
Supplier of the Garde-Meuble under Louis XVI then under the Consulate and the Empire; numerous clocks in the national palaces. 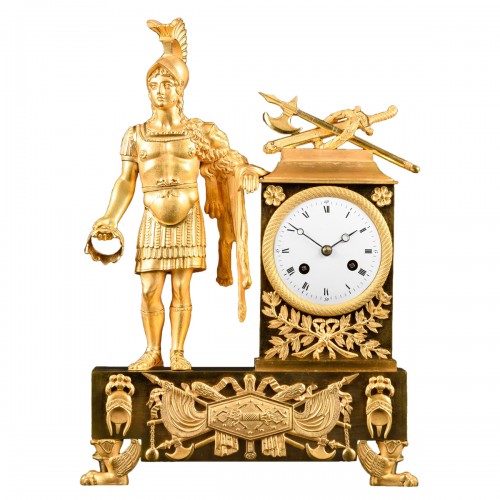 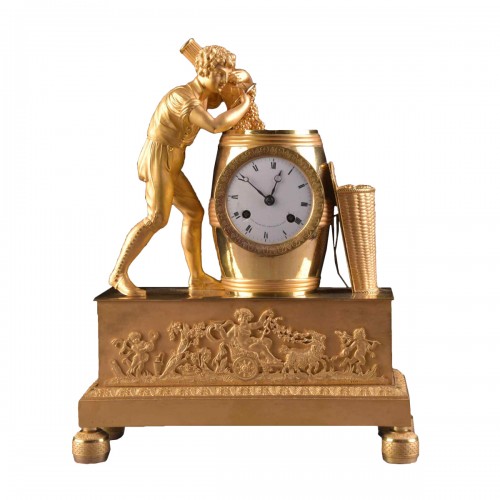 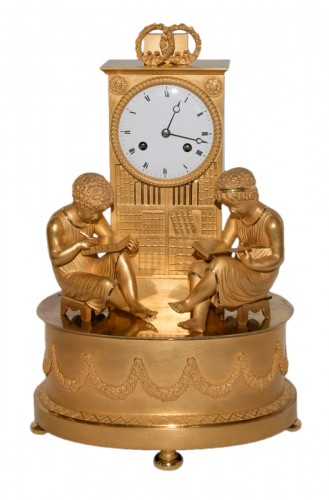 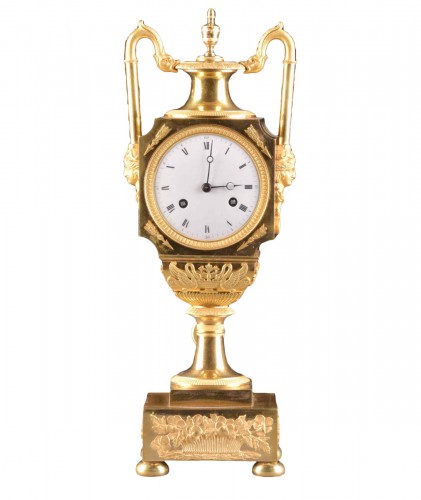