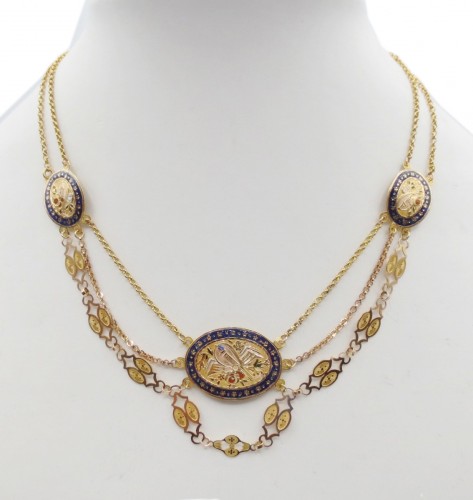 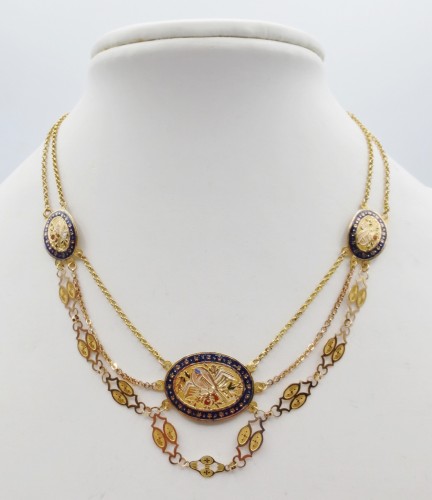 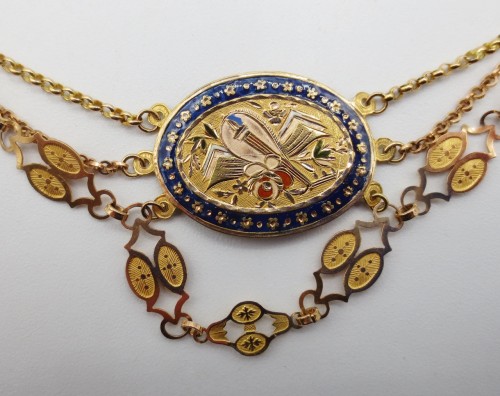 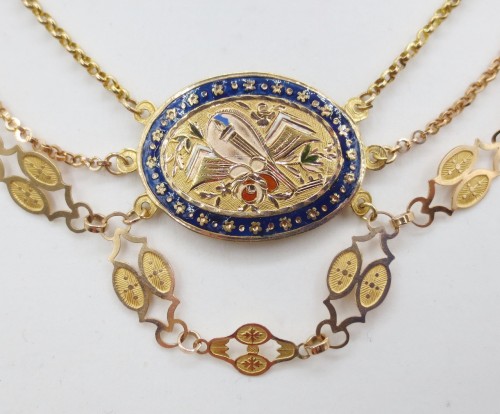 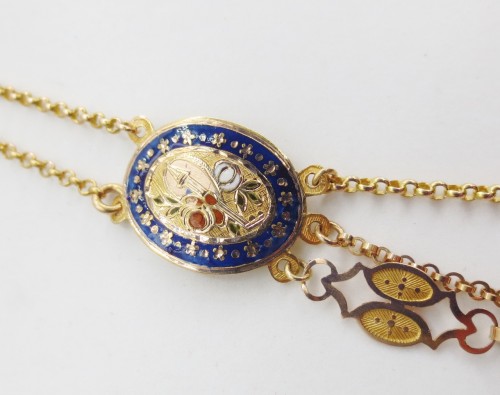 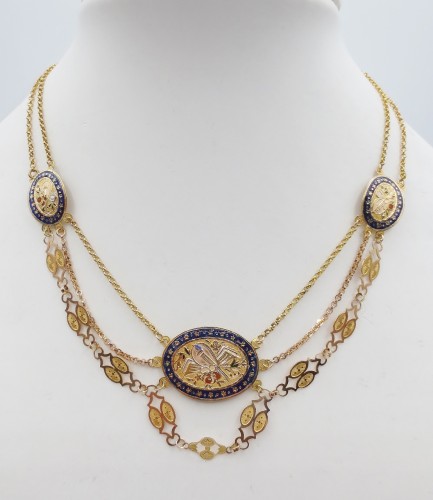 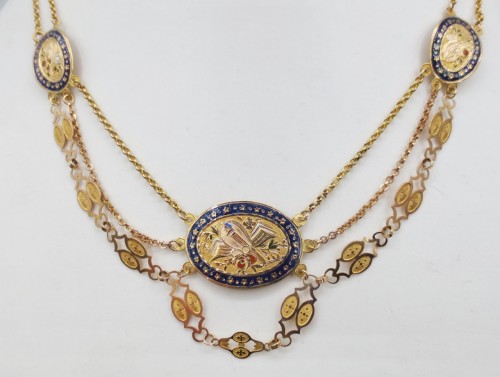 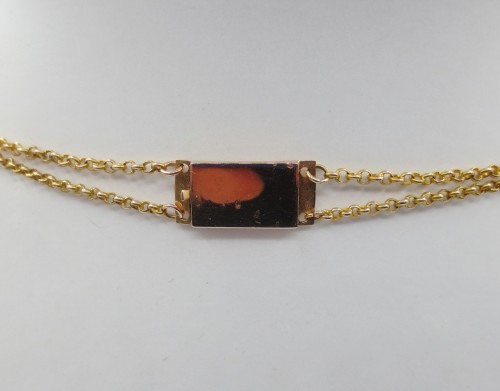 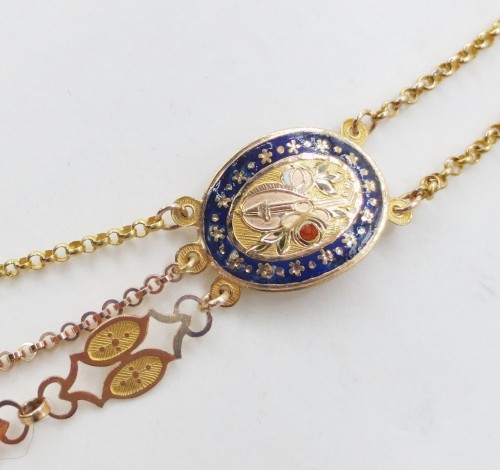 Necklace of slavery in gold cut and enamelled, it consists of three plates and three chains, these last ones are for two of them of type jaseron and the third one is a fantasy constituted by small juxtaposed medallions. The three convex plates are oval, enamelled in polychrome and chiselled with motifs representing a musical instrument and scores among roses or pansies, each medallion is surrounded by a frieze of stylized flowers on a midnight blue enamelled background which offers a superb contrast with the gold. From the beginning of the 19th century, this typical Normandy jewel is stamped with the gold guarantee mark for small works, representing a rooster's head turned to the right, for the years 1809 to 1819.
Period end of the Empire beginning of the Restoration.
Gross weight 11 grams.
Length 37,5 cm. 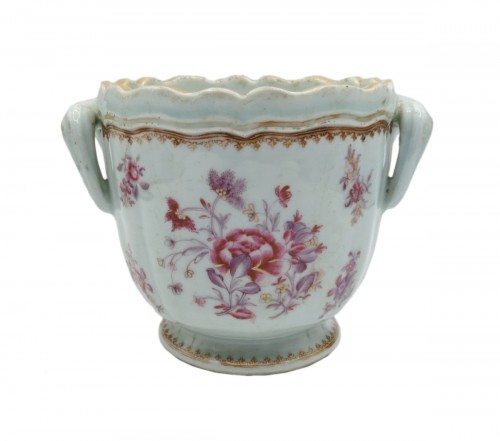 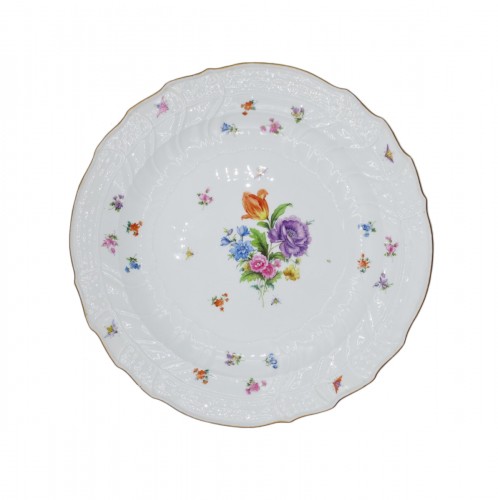 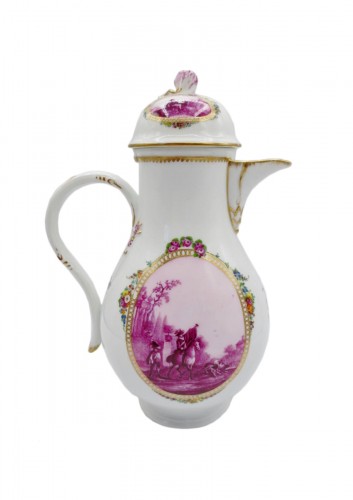 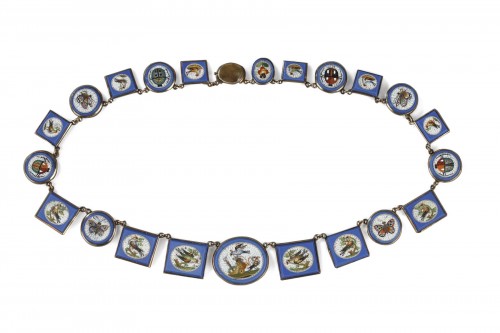 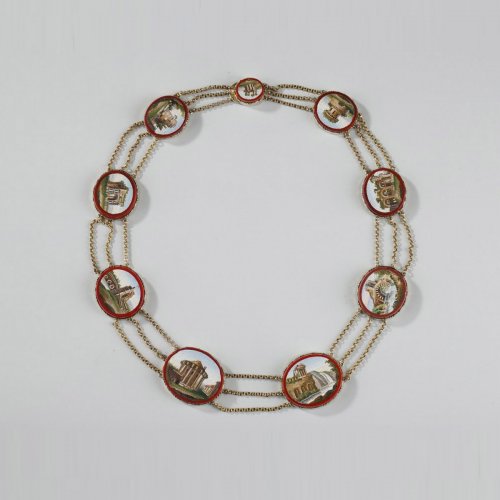