Rare covered box in earthenware of DELFT. Cylindrical shape with a flared base, flat bottom and curved lid with a central projection supporting a lion-shaped FO, of Chinese inspiration in the round. Polychrome decoration in the small fire, known as "DELFT gilded", on the body two reserves with rocaille ends, decorated the one of a gallant scene with a violinist and a character sat, in a green environment. The other, of a harbor scene with sailboats and characters, decorated with a windmill on a mound. The centering of the lid on the body, decorated around the edge of stylized motifs green and red. On the edge of the lid, a braid with an orange background, decorated with a semi of gold flowers and dots, topped by a frieze with palmettes, scrolls and red scales. The top of the lid decorated with two reserves with rocaille ends, interspersed with motifs and scenes similar to the body.
Period : XVIIIth century.
Very good general condition, slight chips and small flakes along the edge, no other restoration. 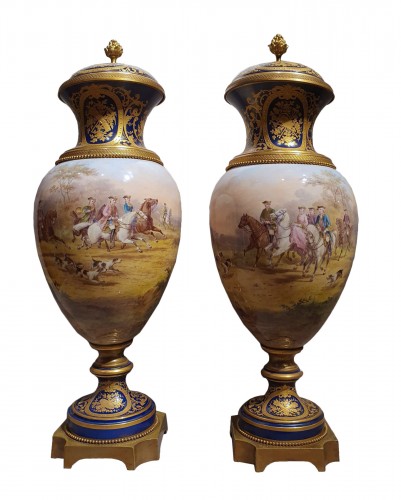 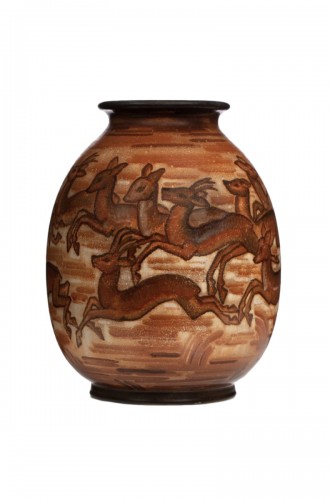 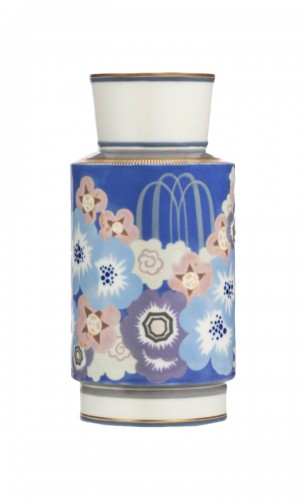 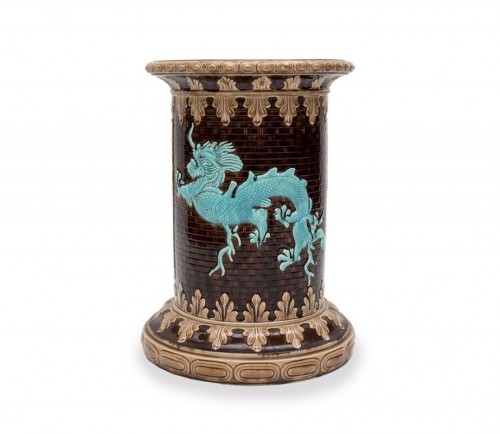