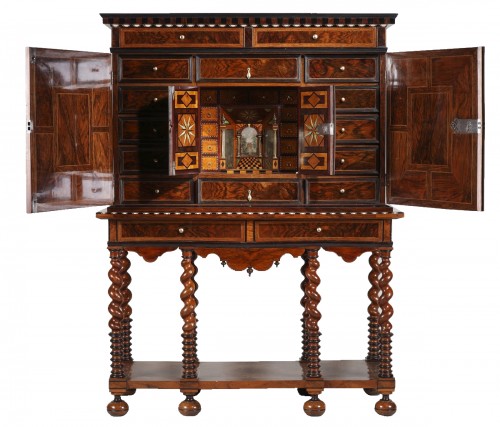 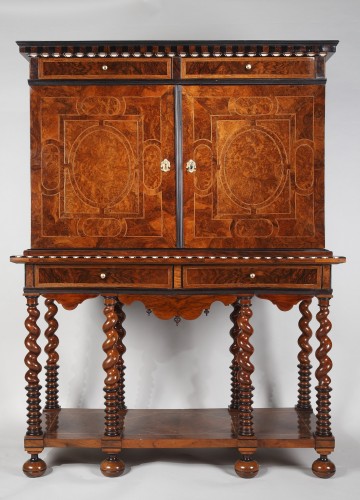 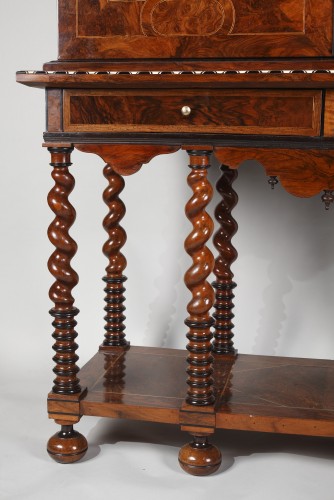 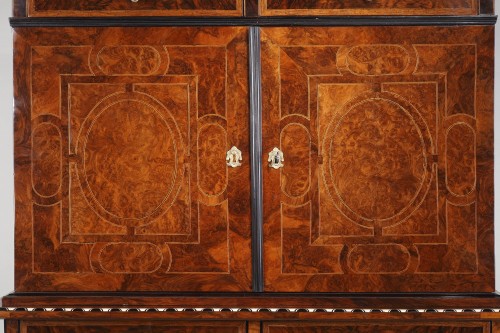 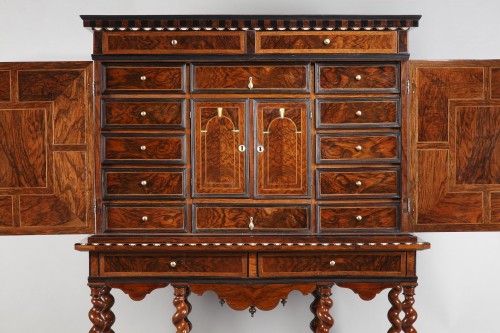 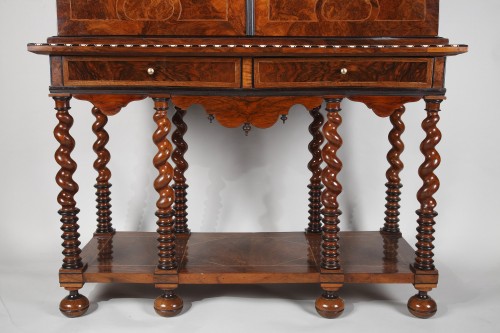 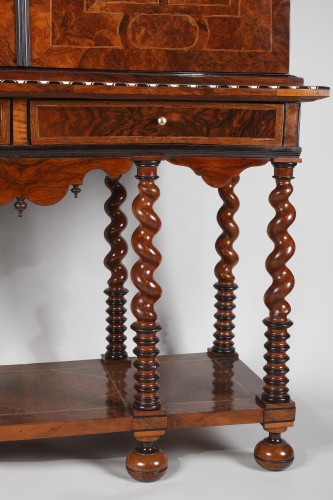 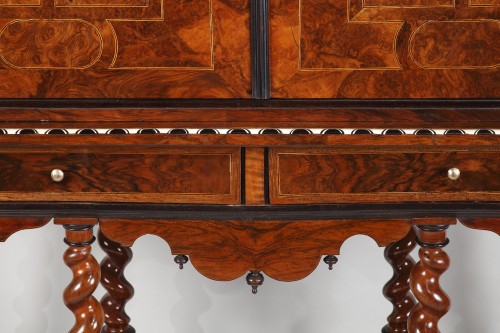 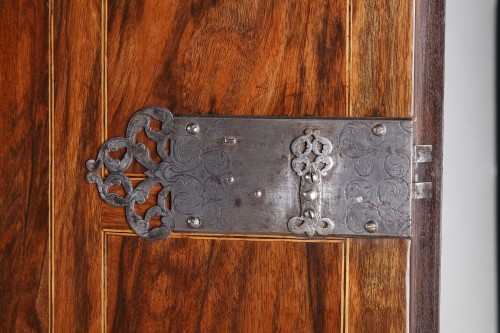 It opens with two large inlaid door with geometric patterns in burr walnut and boxwood fillet.

It reveals 12 drawers and two doors inlaid with bone that present a perspective inlaid with trompe l'oeil cubes, checkerboard, wind rose, geometric patterns, mirrors and a castle painted on a panel.

It rests on its original base inlaid with bone and ebony which opens with two drawers in walnut burl and boxwood fillets.

Its twisted base in walnut and black stained wood is connected by a crotch shelf in walnut veneer and boxwood fillet and rests on 8 ball feet.

The interior arrangement of the fir drawers, the general geometric aspect and the woods used are similar to the work of Thomas Hache (November 28, 1664 - May 13, 1747)

Work from the end of the 17th century 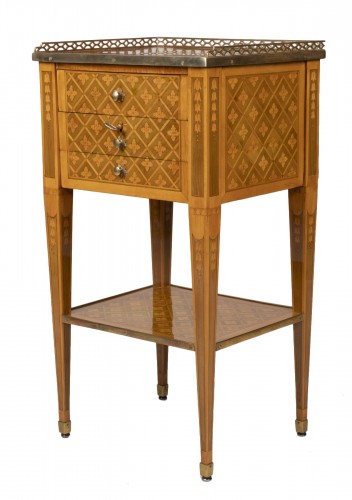 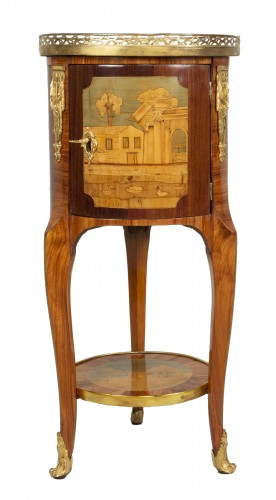 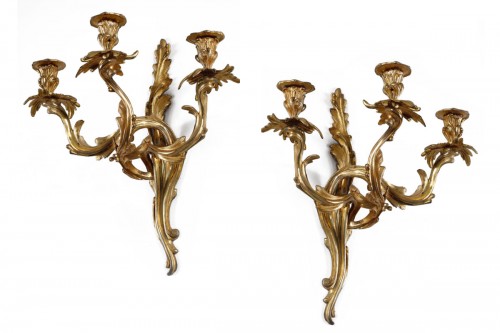 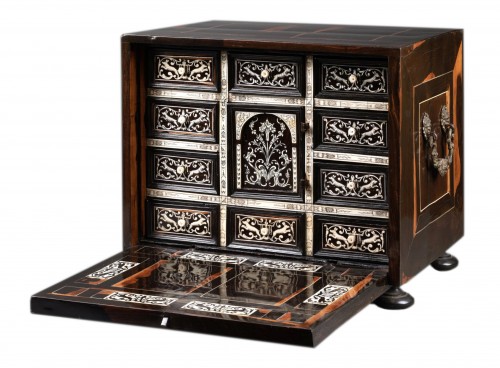 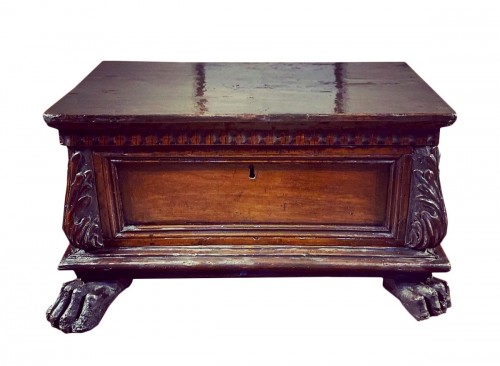 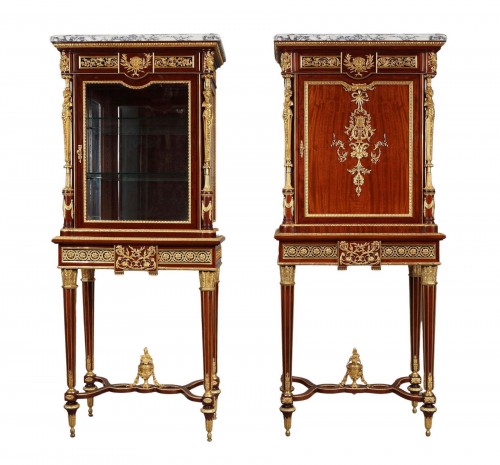 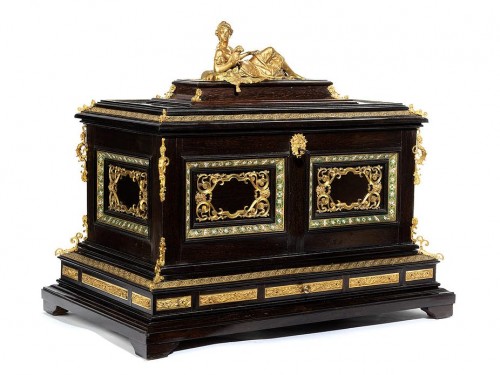