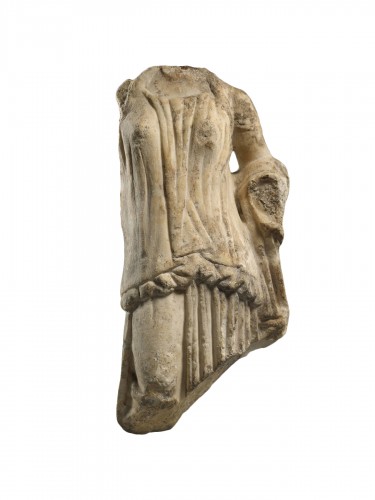 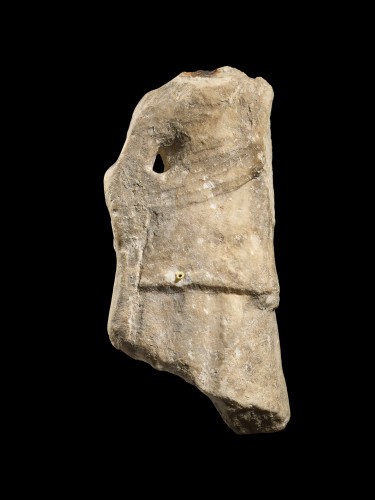 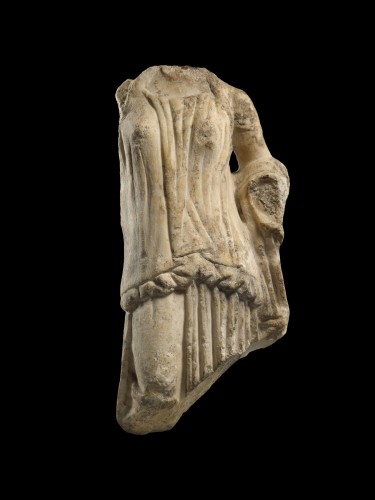 This fragmentary figure, now a torso, depicts an evocative goddess, caught in the act of gently raising her right arm (now missing), while holding a piece of peplos in her other hand.

She is wearing the quintessential dress of ancient Greece, the chiton. The chitón was worn very long and with extremely wide folds: its volutes were gathered just below the breast and held by a belt (the so-called kólpos). To cap off her outfit, over the chitón is the péplos : a cloak made from a large wool quadrangle folded in two around the person and fastened to the belt, and here held at the side.

A similar figure, also dated 4th Century BC, can be found in the Indianapolis Museum of Art, Statuette of Persephone, inv. no. 61.34 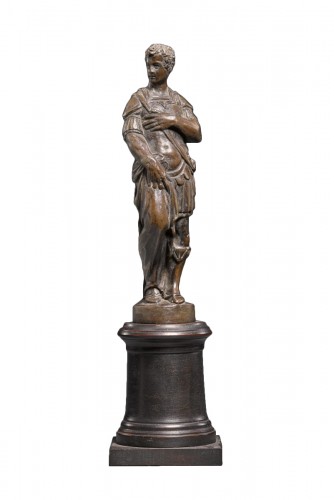 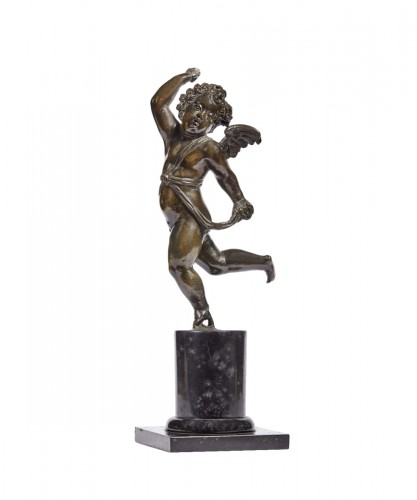 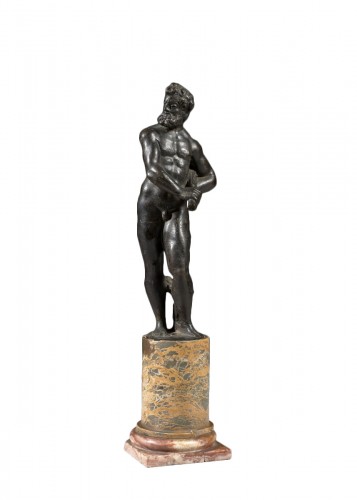 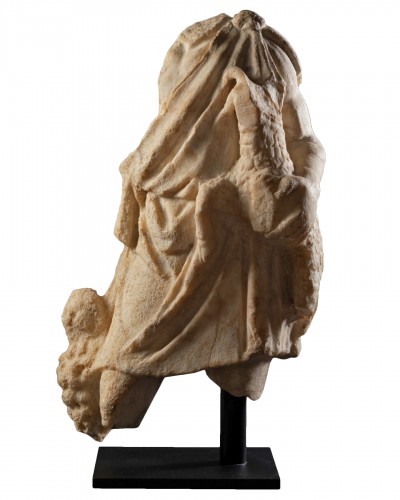