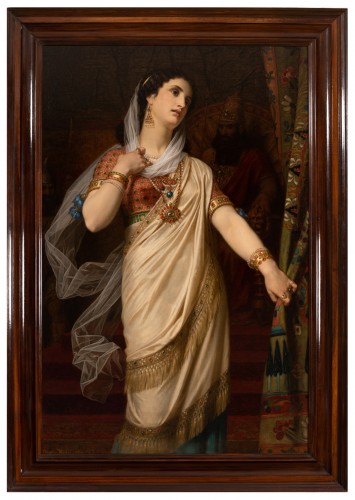 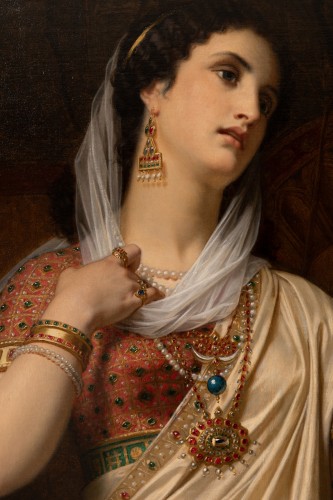 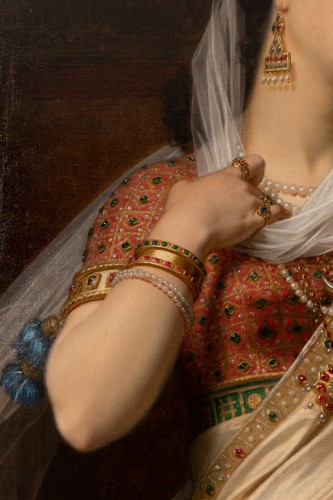 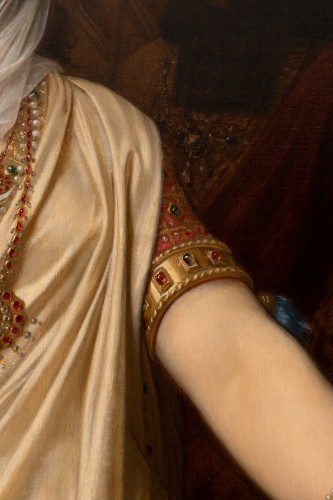 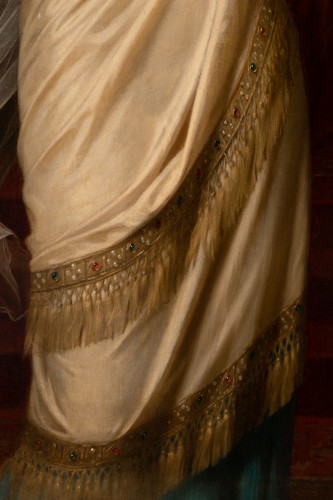 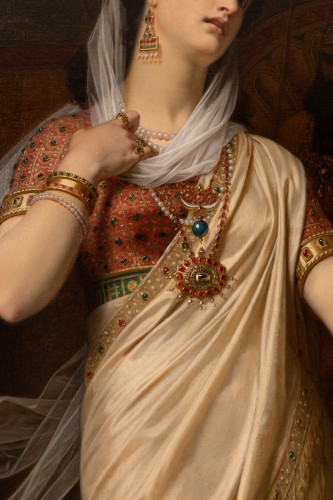 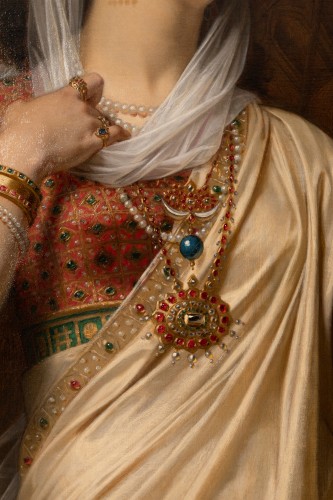 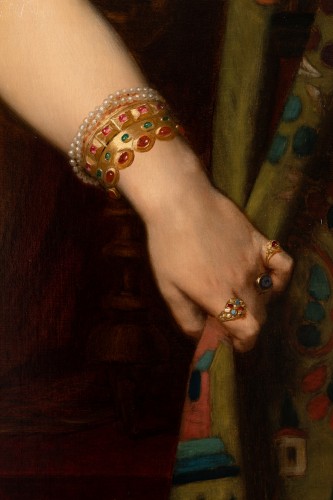 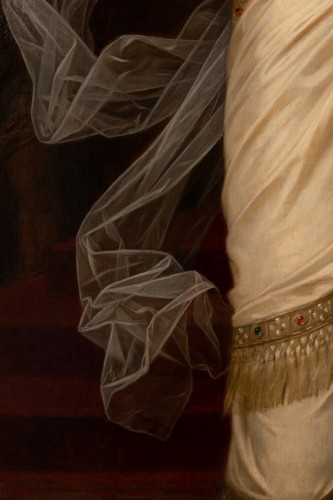 A recent restoration has uncovered the date of the present painting Esther before Ahasuerus. Hugues Merle painted in 1875 Esther’s fight to save her people from death. The painting was probably a commission from the painter’s American dealers and corresponded to the expectations of
new American art collectors on the second half of the Nineteenth Century.
The Swooning of Esther is a theme that had inspired the greatest European artists since the Renaissance (Veronese, Artemisia Gentileschi, Nicolas Poussin, Jan Boeckhorst, Antoine Coypel, Jean-François de Troyes, Tiepolo). It gave the painters the opportunities to invent palatial architecture, to create sumptuous costumes, and to imagine the characters living under the reign of
the Persian king Ahasuerus, in the fifth Century B.C.E. The story is narrated in the Old Testament and in the Book of Esther, Chapter 15 of the Hebrew Bible. Hugues Merle focused on the description of Esther known for her great beauty. The young orphan and Jewish queen was the wife of King Ahasuerus. Esther was charged by her oncle to appeal to the King because his minister
Raman decided to destroy the Jewish people. She also risked death because it was forbidden to approach the king unsummoned. Esther collapsed in fear as she neared his throne. The king, moved by her fainting, granted her request to spare the Jews of Persia.The painter’s skills lie in the closed composition centered on Esther, whose mission is as difficult as its outcome is dangerous. Hugues Merle did not paint the happy ending of the story but
focused on the description of Esther fainting. He painted Esther’s beauty before her convulsion, before her loss of balance. The young woman’s anxiety is palpable. Her gaze is distant. She tries for a moment to loosen the transparent veil that covers her head and neck. The richness of her jeweled
garments and the brilliance of her jewels envelop Esther in a halo of light whereas in the background stands the grim character of the king enthroned. 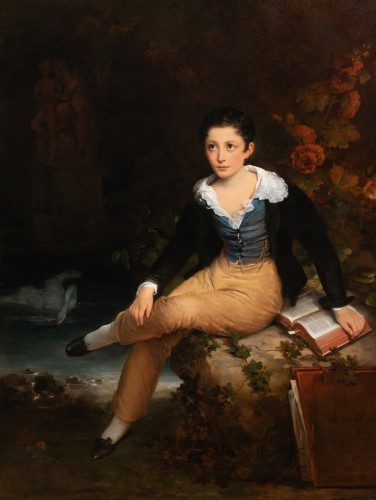 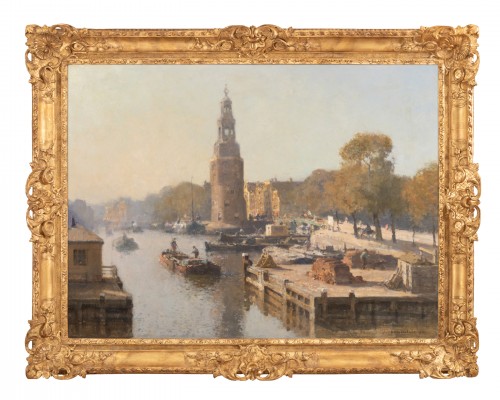 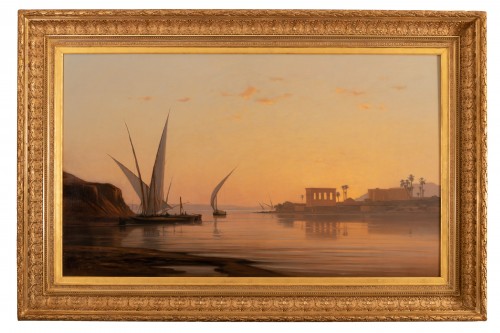 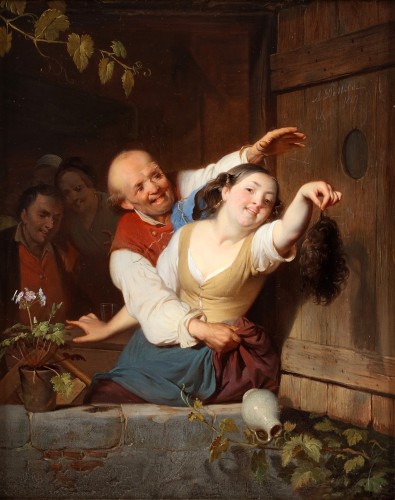 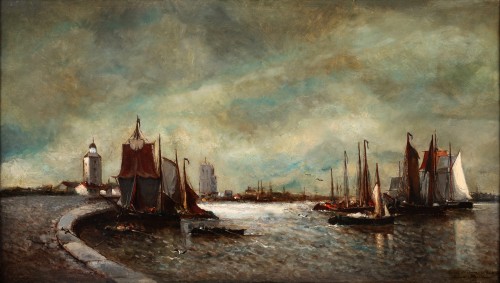 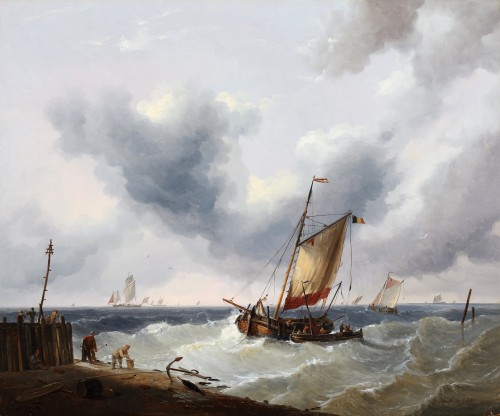 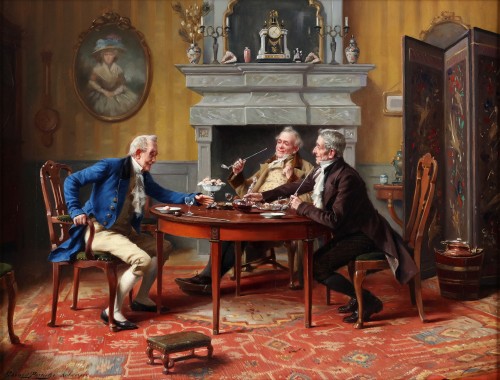 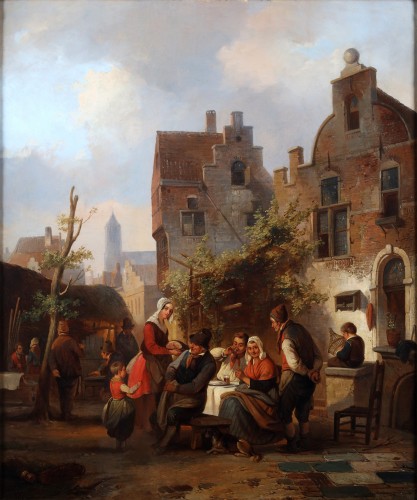 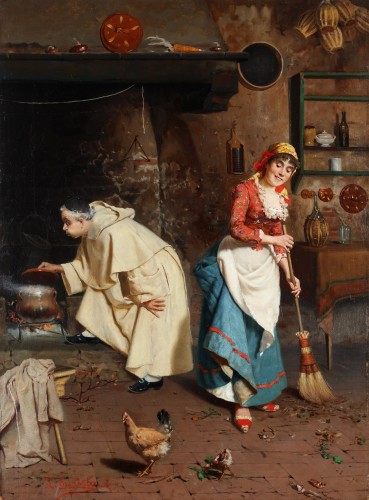