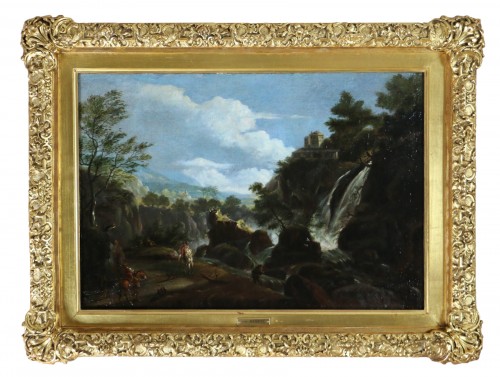 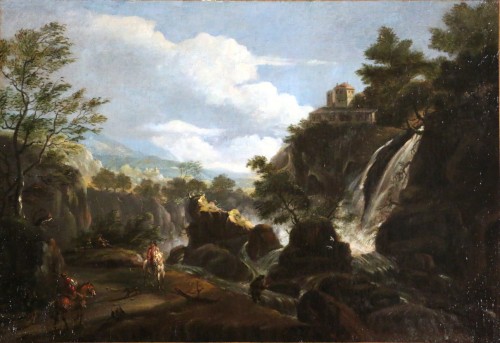 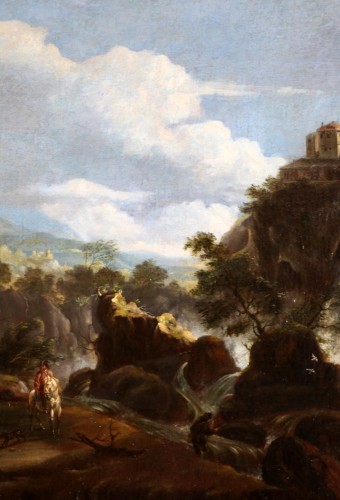 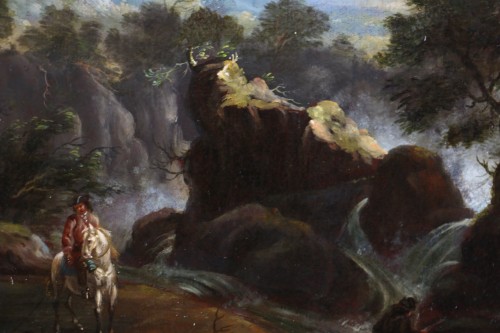 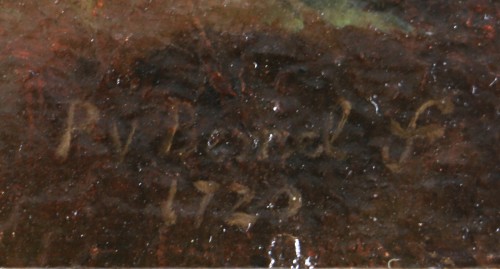 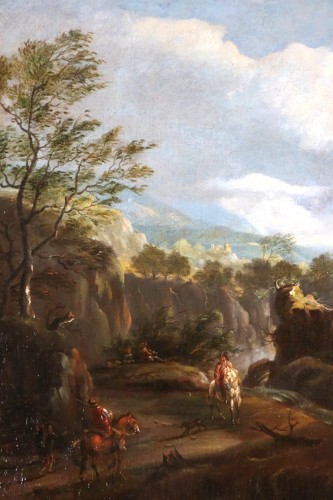 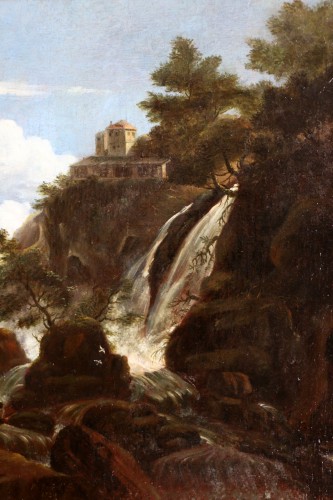 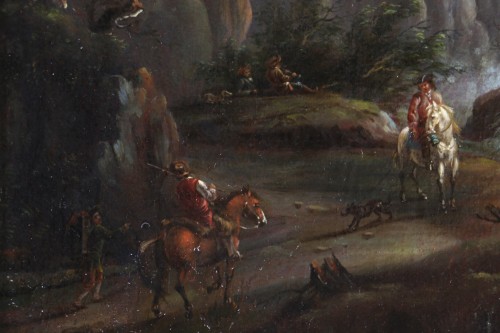 This beautiful landscape animated by a country scene at the water's edge is signed below, in the center PV Bemmel F).

Peter van Bemmel (1685; 1754)
Von Bemmel was born in Nuremberg in 1686, second son and pupil of Willem van Bemmel (1630; 1708). He painted animated landscapes of horsemen, battles and animals. His works are exhibited in the galleries of the Herzog Anton Ulrich Museum and in his hometown.
He notably painted for Count Rothenban and for the Hagen collection in Nuremberg and worked at the court of the Archbishop of Bamberg and and Wursburg.
He died in Regensburg in 1754. His sons, Christoph and Johann Christoph von Bemmel, followed the profession of their father and grandfather. 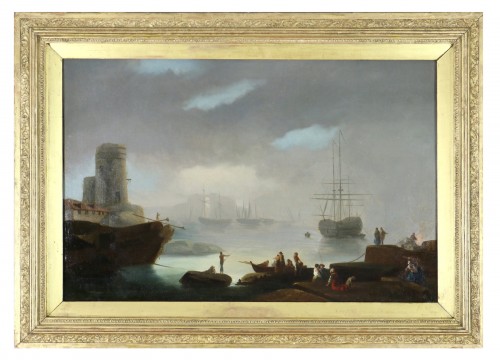 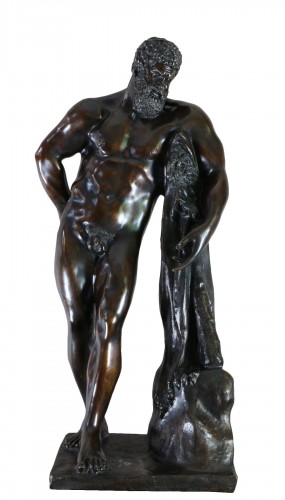 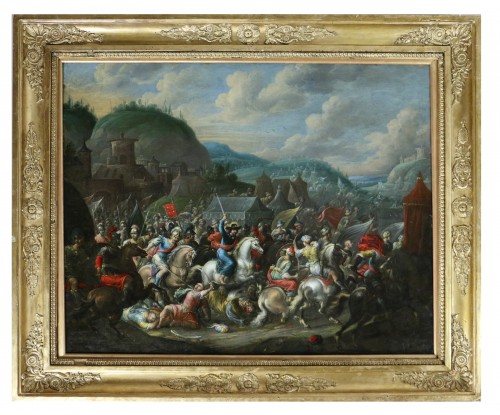 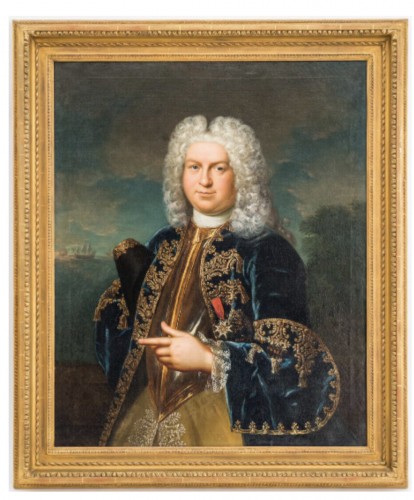 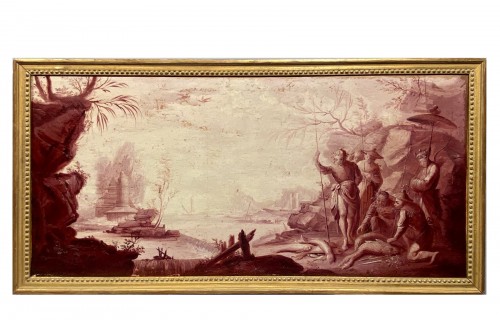