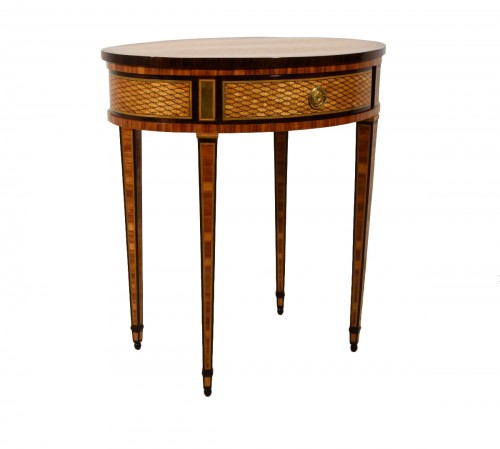 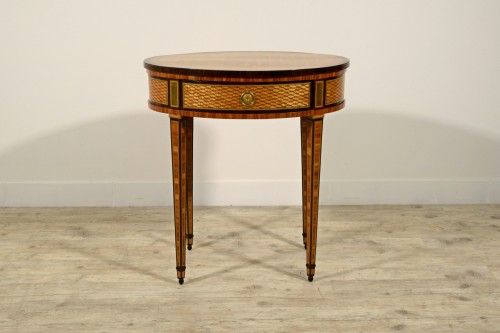 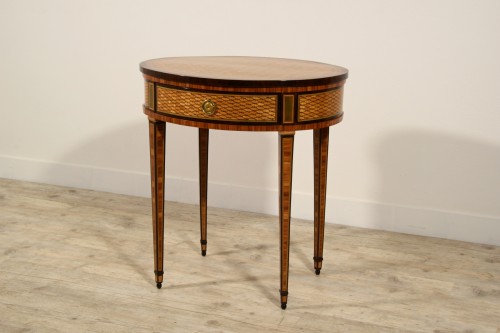 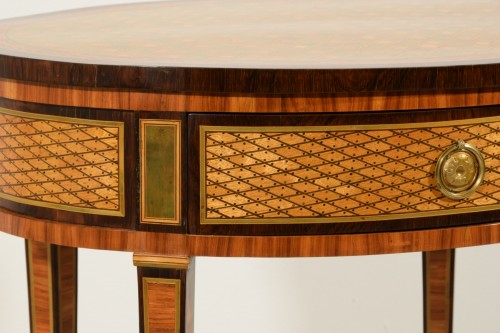 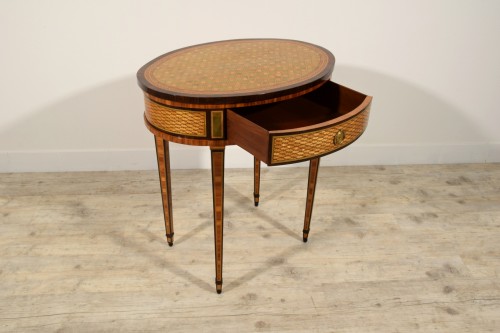 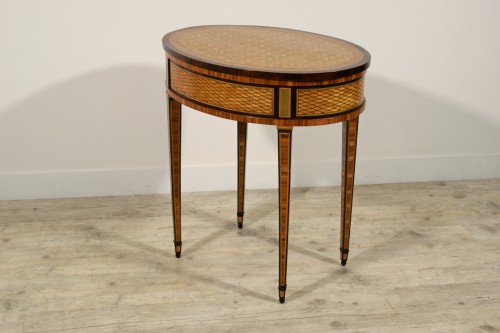 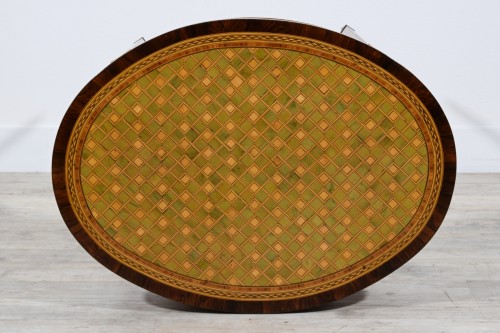 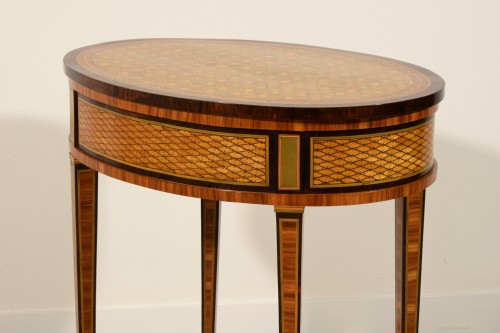 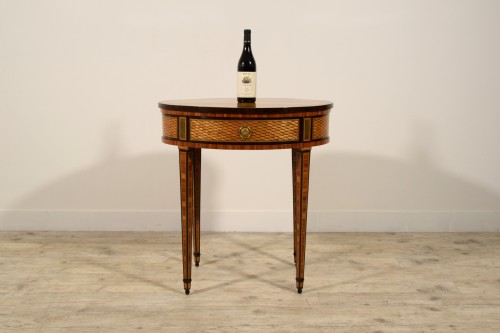 This splendid centre table was made in Turin, Italy, in the second half of the 18th century and represents one of the most refined Piedmontese cabinet-making productions during the middle of the century. It shows an inlay work using different wooden essences that only the large shops of cabinetmakers active at the royal court, such as that of Giuseppe Viglione and Giovanni Battista Galletti, had.
The furniture is characterized by oval top decorated with inlays that create geometric reserves and checkerboard design. The band below the floor has a front drawer and presents, in inlaid frames, a diamond decoration of great refinement. The four truncated legs of inverted pyramid are also inlaid and end with a particular wooden ball tip.
Every detail is treated with great care and precision. The drawer has a golden bronze ring handle that rests on a round element chiselled floral pattern.
The refinement with which the grains of the woods and the various colors of the essences, from dark to light and green, draw geometries and are combined to create valuable chromatic effects, therefore suggest a cabinet maker of a certain prestige as well as a very important client. Stylistically there are several elements that allow comparisons with other furniture made by Giuseppe Viglione (Cissone delle Langhe, 1748- Turin, 1823) to which it is possible to attribute this work.
Viglione, grandson of Luigi Prinotto, was an "approved cabinetmaker master" and owned a workshop in Turin, registered in the Census of Arts in 1792. With six employees, she’s the first in the city. He produced several pieces of furniture for real and private clients, all characterized by a minimalist and rational neoclassicism, of great refinement and elegance.
This important coffee table fully reflects its production. A furniture of value and charm that will make a beautiful display of itself in any environment, giving a valuable decoration. 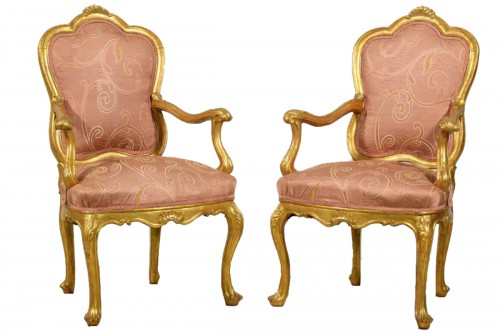 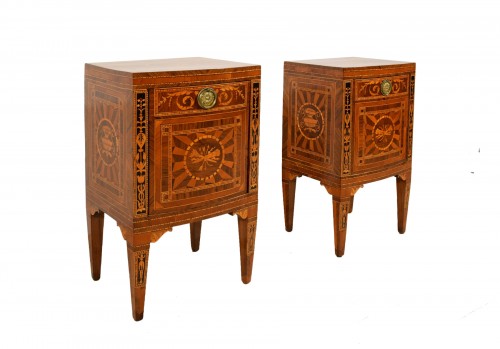 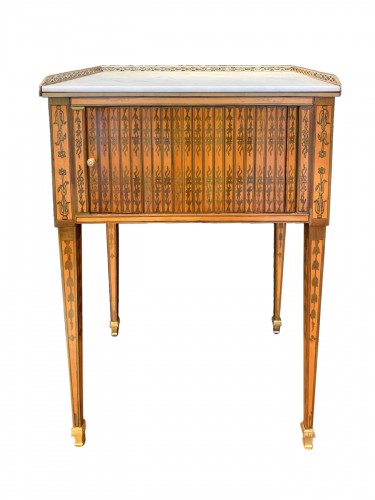 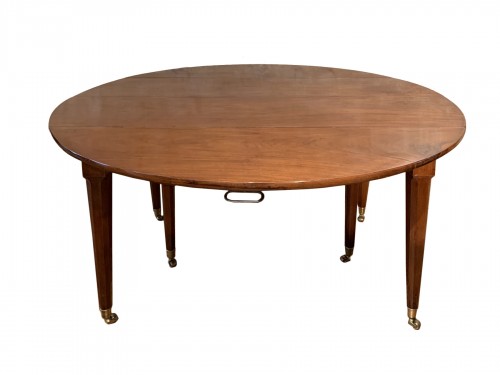 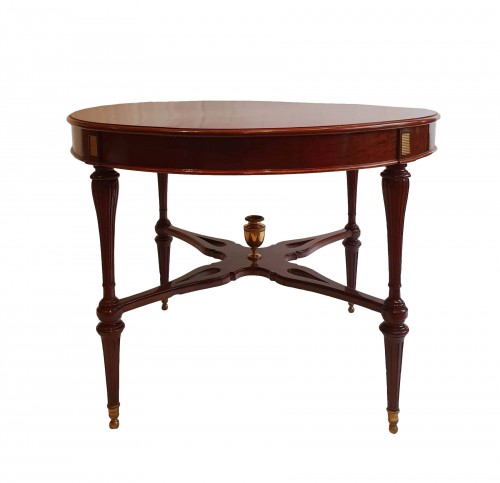 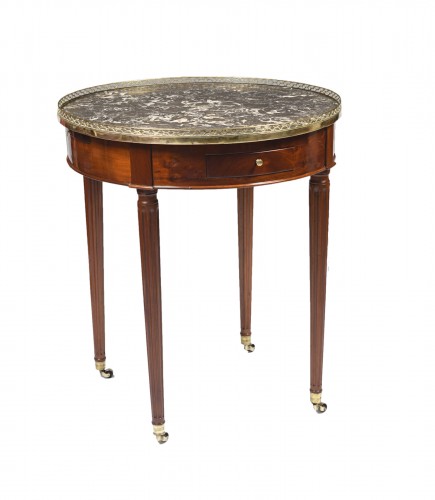