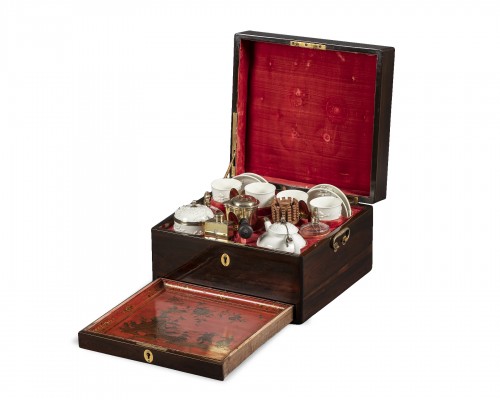 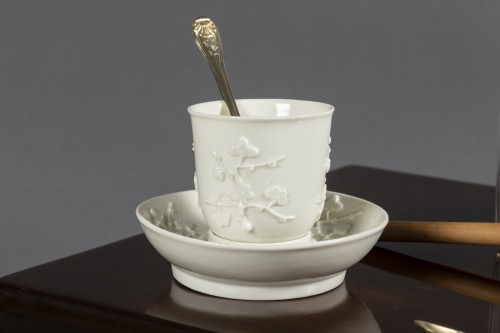 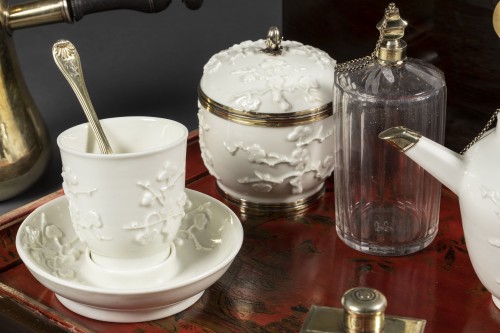 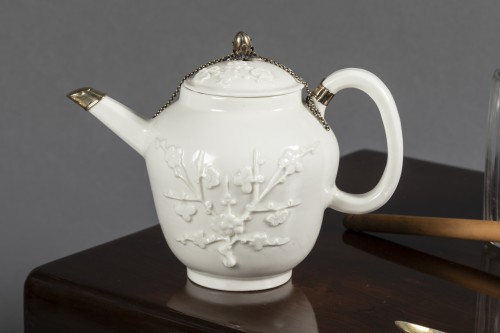 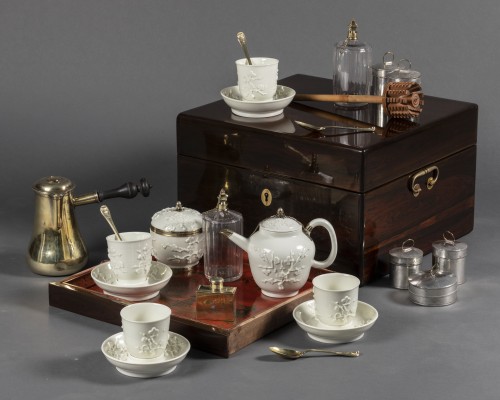 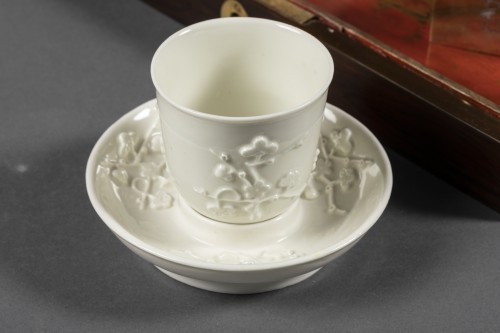 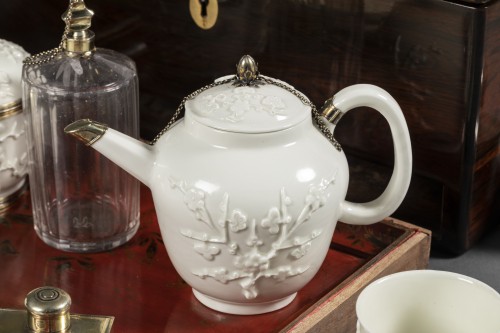 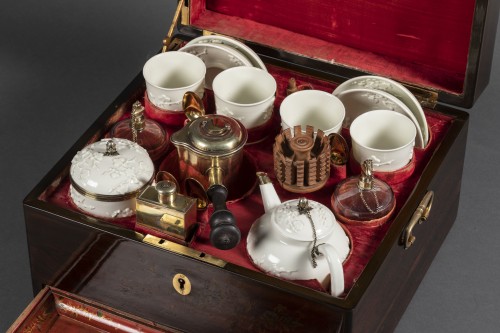 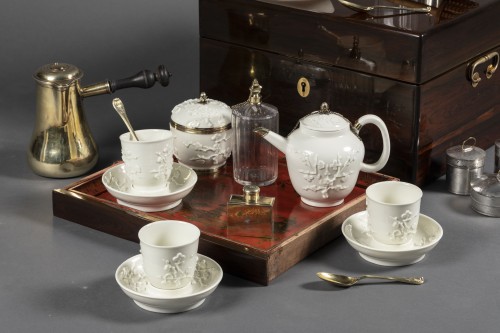 Our extremely rare essential is presented in its original box in solid violet wood trimmed with silk, with its "cabaret" tray in red martin varnish in imitation of China.
It includes four "shaker" * cups and their saucers, a sugar bowl and a teapot in soft paste * porcelain from St Cloud decorated with "prunus" imitating "Chinese white" porcelain from the Dehua ovens.
The sugar bowl and the teapot have a very refined vermeil frame, with fretels imitating cocoa pods.
Six other pieces in vermeil are present, a chocolate maker with its removable handle in turned ebony, four spoons decorated with shells and a small tea box.
These coins are finely engraved with a count's crown crossing the letter E.
They are all hallmarked, in particular by Léonard DESBOIS, a goldsmith received as a master in Paris in 1725.
The turned boxwood "moussoir", with its screw-on handle is present, it was used to emulsify the chocolate by rotating it with the palms of the hands inside the chocolate maker.
Two crystal bottles adorned with vermeil stoppers are also present and were used to contain the vanilla extracts and various liquors.
Finally, five tin cans hidden in compartments under the cups were used to contain the cocoa paste and the various spices which adorned the chocolate.

Tea or chocolate sets from haberdashery in public collections:

Soft porcelain was produced in France, notably in St Cloud from 1678 to imitate Chinese white porcelain, but unlike the latter, the paste does not have kaolin.
The discovery of this material near Limoges, in Saint-Yrieix in 1767 or 1768 will make it possible to produce real hard-paste porcelain and will mark the end of this production.

A shaker, or shaker cup, is a cup that fits into its saucer, which helps keep the cup stable.
It was originally intended to contain hot chocolate, the latter very thick, requiring vigorous stirring.
Invented in Peru at the end of the 17th century, this type of silver cup was brought back to Spain.
Then, as the chocolate fashion spread to all the countries of Europe, the shaker became a porcelain object, this material absorbing more heat.
From the beginning of the 18th century they were produced not only by European manufacturers but also in China.


"Merchants of all doers", this is how Denis Diderot defines the role of the merchant mercer in his encyclopedia.
At the same time trader, importer, collector, designer and decorator, he does not produce anything according to the rules of his corporation but he plays a major role in the rise of French luxury in the 18th century, as a fashion maker.
He assembles the productions of several artists, delivers necessities but also furniture from the greatest cabinetmakers, which he enriches with precious materials, such as porcelain, bronze or lacquer, which he can have made to measure in Paris or import from foreign countries like Germany, China or Japan ...
As with the Regent's tea set or the queen's tea set offered by King Louis XV, our box is a delivery from 1725-1735 from a Parisian merchant haberdasher.
For our necessities our merchant called on a cabinetmaker, a goldsmith, a glassmaker, a wood turner, a sheather and a porcelain factory.
At the beginning of the reign of Louis XV, only a few great haberdashery merchants marketed such rich necessities, among them we can cite Thomas Joachim Hébert (1687-1773), Lazare Duvaux (1703-1758) or even Edme-François Gersaint (1694-1750) .
This precious commodity, like the chocolate ceremony, was still at that time reserved for an elite of the nobility, which is confirmed by the count's coat of arms (nine-pearl crowns) which adorns the vermeil pieces of our box.
It is also quite astonishing to meet this type of crown crossed out with a simple letter, as if it was obvious that this letter could only refer to one family.
Although this is only a simple hypothesis, we think that it could be the Comte d'Evreux, Louis-Henri de La Tour d'Auvergne (Paris, 2 August 1679 - hôtel d'Évreux 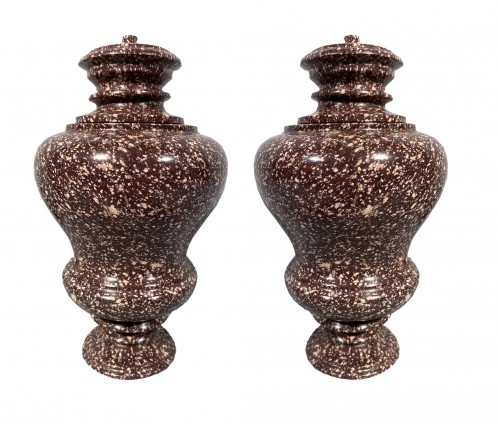 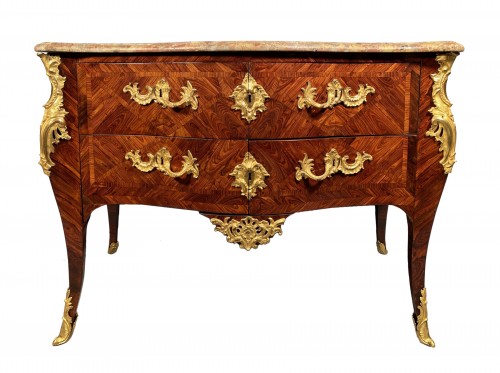 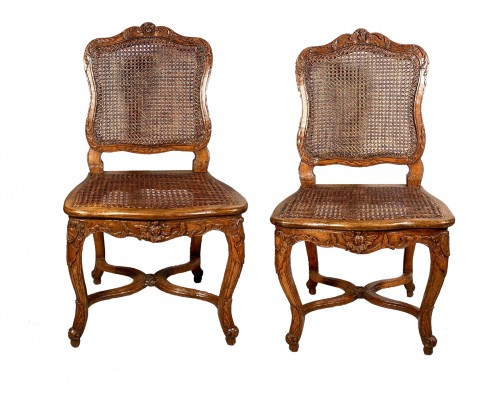 A pannel of Azulejos 18th century 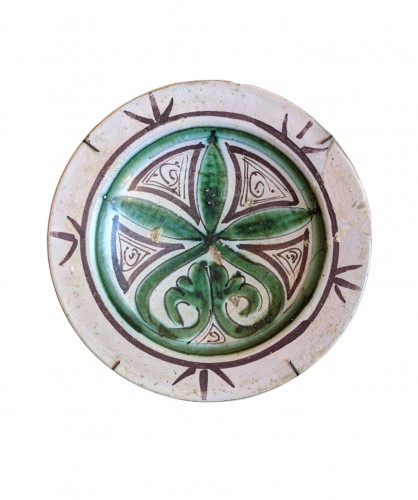 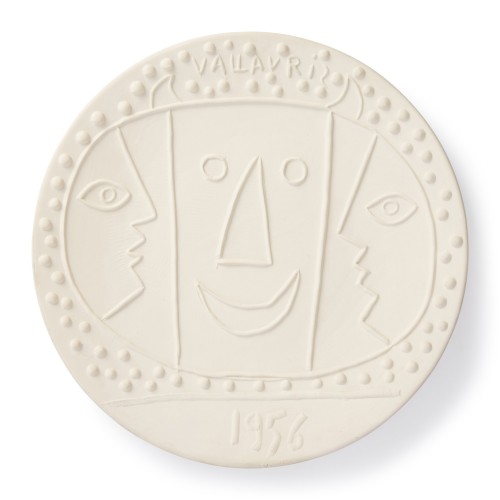 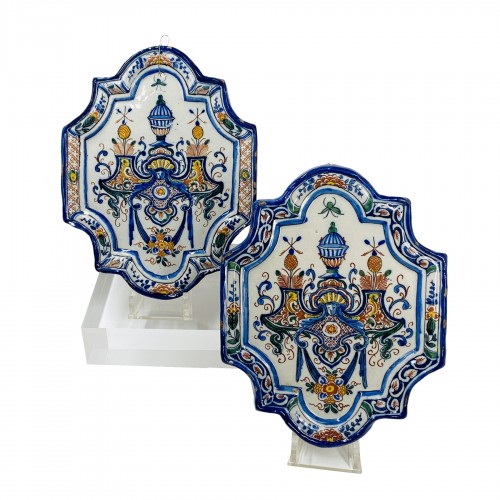 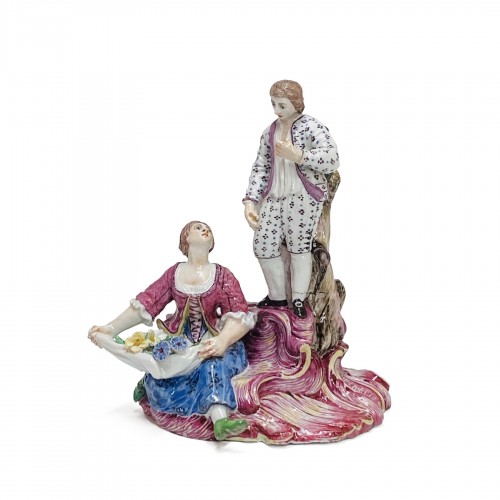 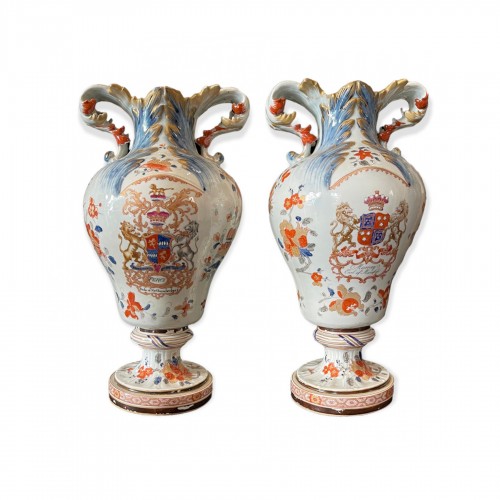